Peru is a member of the Andean Community, along with Colombia, Ecuador and Bolivia. The Andean Community is a customs union which aims to promote the development of member states by means of integration and economic and social cooperation, with the ultimate goal of forming a common Latin American market.

The treaty creating the Andean Community provides for the establishment of a common IP regime for all member states. Several Andean regulations have accordingly been passed to regulate intellectual property; the regulation presently in force is Decision 486 Establishing the Common Industrial Property Regime.

However, no unified Andean registration system exists; nor does a unitary IP right that covers all member states. Each country has its own patent and trademark office, which grants rights that are valid only within its territory and cannot be enforced in the territory of another member state. The following exceptions apply to this principle:

No Andean member state may regulate through internal legislation those IP matters which are already regulated through Andean regulations. However, under the so-called ‘principle of indispensable complement’, each member state may internally regulate IP matters that are not regulated through Andean regulations – as explicitly stated in Article 277 of Decision 486.

Grant of trademark rights in Peru

In Peru, as in other Andean member states, a trademark right is obtained through registration with the competent national office according to Decision 486. A registered trademark grants the owner the right to exclusive and excluding use for a 10-year period, which can be renewed indefinitely. ‘Exclusive’ means that the trademark owner is the only party that can use the trademark in relation to any of the goods and services for which it is registered. ‘Excluding’ means that the owner has the power to prevent third parties from using identical or similar trademarks for the same or similar goods.

First, the applicant files an application at the National Institute for the Defence of Competition and Intellectual Property Protection (INDECOPI). INDECOPI publishes the trademark so that third parties can file an opposition based on either:

INDECOPI may refuse a trademark based on the above grounds ex officio, even if there is no third-party opposition.

In practice, trademarks are most often refused because INDECOPI understands that they may be confused with pending or registered trademarks. Coexistence agreements are therefore important for the registration of trademarks which may be likely to cause confusion.

Andean regulations do not cover trademark coexistence agreements. In Peru, they are regulated by Legislative Decree 1075, which establishes that such agreements facilitate the grant of a trademark that is identical or similar to a prior trademark if, in the opinion of INDECOPI, coexistence will not affect the interests of consumers.

Since Legislative Decree 1075 became effective in 2008, coexistence agreements have been filed, but their acceptance has depended on the judgement of INDECOPI, which has rejected several agreements – thereby refusing the registration of important trademarks – on the ‘interests of consumers’ basis.

Arguably, the party with the greatest interest in preventing confusion between two trademarks is the owner of the prior trademark; it follows that if the owner consents to the registration of the later trademark, it must be because the two trademarks are unlikely to cause confusion. However, logical legal arguments such as this have historically not moved INDECOPI.

INDECOPI has stated in various resolutions that its duty is to protect the overriding interests of consumers and that it therefore cannot accept the coexistence of trademarks which, in its opinion, could cause confusion among consumers regarding the origin of the goods they cover.

INDECOPI seems not to understand that when certain regulations prohibit the registration of trademarks that may confuse consumers, the prohibition is not meant to protect any specific and real consumer. It is an abstract registration rule, meant to keep the register free of duplication or overlapping of trademarks.

Further, whether one trademark is likely to be confused with another is a matter which interests the owners of those trademarks – not consumers. The example of the EU Community trademark proves this: in the Community trademark system, the relevant IP office may not refuse a trademark ex officio because it is susceptible to being confused with a prior trademark. Instead, the application will be refused on these grounds only if the owner of the prior trademark files an opposition. Absent opposition, the requested trademark will be granted and so will the right to use it.

Despite this, INDECOPI has regularly refused registration of trademarks on the grounds of confusion with a prior trademark, even where the owner of the prior trademark gave express consent through letters of consent or coexistence agreements.

Resolution 4665/2014 establishes that a trademark coexistence agreement must specify:

Since the case law was handed down on February 11 2015, the following resolutions have accepted trademark coexistence agreements for identical or similar trademarks because they met the minimum requirements mentioned above:

Since the same date, the following resolutions have refused trademark coexistence agreements for failing to meet the minimum requirements:

In conclusion, drawing up a trademark coexistence agreement will enable registration of a trademark in Peru if – and only if – it clearly fulfils the minimum requirements established by case law, as set down in Resolution 4665/2014. 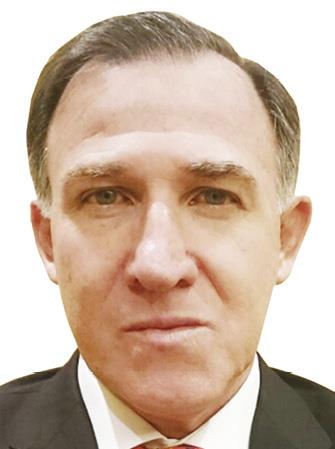