In today’s economy, information and know-how – resulting from R&D investments, creativity and business initiatives – are the key factors for developing and maintaining competitive advantage. One peculiar feature of trade secrets is their high degree of pervasiveness: potentially, they are relevant to all businesses. Firms use trade secrets regardless of their business sector or size, and may often be unaware of their reliance on them.

Trade secrets are the most intangible of all intangible assets. Considered ancillary to or even excluded from traditional IP rights, trade secrets are hard to categorise because they result from the combination of different types of technical and commercial information.

Technical secrets may include drawings and designs, prototypes, manufacturing processes, unpatentable or unpatented inventions, know-how, formulae, genetic materials and fragrances; while commercial secrets may consist of customer and supplier lists, business methods and strategies, and cost and price information.

The World Trade Organisation (WTO) Agreement on Trade-Related Aspects of IP Rights 1994 (TRIPs) aims to reduce distortions and impediments to international trade by setting out adequate standards and principles concerning the availability, scope and use of trade-related IP rights, as well as effective and appropriate means for their enforcement. To this end, Article 39 of TRIPs sets out minimum levels of protection for IP rights in WTO member states. Article 39.2 sets down international protection for trade secrets, providing a definition of ‘trade secrets’ and a range of enforcement mechanisms and remedies, including:

In the United States, the Uniform Trade Secrets Act played a vital role in harmonising the legal protection of trade secrets across the different US states. Today, trade secrets are protected more effectively in the United States than in the European Union. Although there is no statutory definition of a ‘trade secret’ in the United States, there is a trend towards achieving some uniformity, with 46 states having adopted various statutes modelled after the act. The Uniform Trade Secrets Act is a model law drafted by the National Conference of Commissions on Uniform State Laws. States that have not adopted the act (eg, New York) have adopted their own state statutes or continue to apply common law.

The Uniform Trade Secrets Act codifies the common laws relating to trade secrets and is consistent with court decisions defining what constitutes a trade secret: “‘Trade secret’ means information, including a formula, pattern, compilation, and program device, method, technique, or process, that: (i) derives independent economic value, actual or potential, (ii) from not being generally known to, and not being readily ascertainable by proper means by, other persons who can obtain economic value from its disclosure or use, and (iii) is the subject of efforts that are reasonable under the circumstances to maintain its secrecy.”

Except for France and Romania, at present no EU member states are proposing new trade secret legislation.

In the United Kingdom, as yet there is no specific legislation and actions must be brought under the common law for breach of confidence or tort.

Despite the importance of trade secret legislation – and unanimous agreement on the need for it – French law includes neither specific provision protecting trade secrets nor a definition of ‘trade secrets’, except in relation to the disclosure of a manufacturing secret by employees or directors of a company. Outside these circumstances, in France actions for the misappropriation of trade secrets (qualified as technical or commercial know-how) must be brought under the general tort of unfair competition (Article 1382 of the Civil Code). Criminal provisions relating to theft and breach of trust may also be relied on if the conditions set for these offences are met.

The first and most immediate consequence of the lack of a common legal framework is that no uniform definition of ‘trade secret’ exists in the European Union. Even member states that have specific provisions on civil redress and protection against misappropriation of trade secrets fail to define the information that may be protected as a trade secret (only 10 member states have specific legislative provisions on the protection of trade secrets which include a definition). As a result, each jurisdiction has adopted different eligibility standards for information to qualify as a trade secret. Further, even within the same jurisdiction, definitions are often spread across different pieces of legislation, which makes it more difficult to reconcile them to form a clear picture.

Despite the lack of a uniform definition, there are certain common requirements for information to qualify as a trade secret. The information must:

A second material consequence of the absence of a common legal framework is that actions available in case of trade secret violations, as well as the related prerequisites, vary in each member state. In general, in order to succeed in a civil action for violation of trade secrets, evidence must be provided of:

Additional requirements may need to be met, depending on the nature of the action. Where actions are brought in tort, the plaintiff must prove:

In case of an unfair competition action, the plaintiff is usually required to provide evidence of the infringer’s intention to compete with the owner of the secret information. If the action is based on breach of contract, the plaintiff must demonstrate the existence of an actionable contractual obligation and its breach.

This is all about to change. On November 28 2013 the European Commission proposed the draft EU Directive on the Protection of Undisclosed Know-How and Business Information (Trade Secrets) against Unlawful Acquisition, Use and Disclosure.

The directive applies to the unlawful acquisition, disclosure and use of trade secrets and the measures, procedures and remedies that should be made available for the purpose of civil law redress.

The definition of ‘infringing goods’ involves a proportionality assessment. Goods which are designed, manufactured or marketed by carrying out unlawful conduct must benefit significantly from the trade secret in order to be considered infringing. The test should be used when considering any measures directly affecting goods manufactured or placed on the market by an infringer.

Chapter III of the directive establishes the measures, procedures and remedies that should be made available to the holder of a trade secret in case of unlawful acquisition, use or disclosure of that trade secret by a third party.

Section 1 sets out the general principles applicable to civil enforcement instruments in order to prevent trade secret misappropriation, notably effectiveness, fairness and proportionality (Article 5) – as well as safeguards to prevent abusive litigation (Article 6). Article 8 requires that member states provide judicial authorities with mechanisms to preserve the confidentiality of trade secrets disclosed in court for the purpose of litigation. These measures must include:

These measures should be applied in a proportionate manner so that the parties’ rights to a fair hearing are not undermined. The confidentiality measures must apply both during and after litigation in case of requests of public access to documents, for as long as the information in question remains a trade secret.

Section 3 provides for measures that may be ordered alongside the decision on the merits of the case. Article 11 provides for:

Article 12 establishes safeguards to ensure the proportionality of measures provided for in Article 11.

The award of damages for prejudice suffered by the trade secret holder as a consequence of the unlawful acquisition, use or disclosure of the trade secret is enshrined in Article 13, which requires the consideration of all relevant factors, including the unfair profits obtained by the defendant. It is also possible to calculate damages based on hypothetical royalties (as is done for IP rights infringements).

Article 14 provides that the plaintiff can ask the competent judicial authorities to adopt publicity measures, including publication of the final decision – provided that the trade secret is not disclosed and after considering the proportionality of the measure.

The directive does not include rules on the cross-border enforcement of judicial decisions, as general EU rules on this matter apply, allowing enforcement in all member states of a judgment prohibiting the import of infringing goods into the European Union. Nor does it provide for criminal penalties.

From a technical perspective, the directive is not particularly complex: it contains only a few legal obligations that require transposition into national law and deals with a well-defined issue that has already been regulated at national level in terms of IP rights.

Therefore, transposition at national level is expected to be straightforward, which should make it easier for interested parties to monitor such transposition.

Trade secrets will be discussed in the Transatlantic Trade and Investment Partnership negotiations and are increasingly relevant in light of recent allegations of economic espionage by state security agencies. One goal could be to ensure that the two legal regimes are interoperative, facilitating the recognition and enforcement of judgments on both sides of the Atlantic. The European Union and the United States also have a common interest in pursuing protection of trade secrets against misappropriation in third countries. 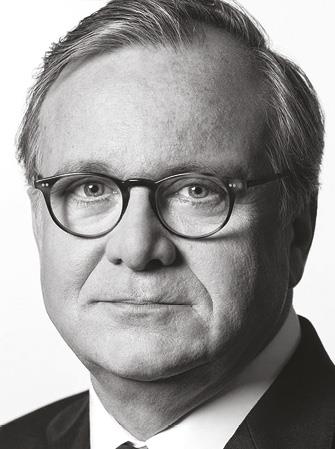