Not long ago, trade secret law did not attract much attention in Japan. In 1990 the Unfair Competition Prevention Act introduced the concept of trade secrets; however, few trade secret misappropriation cases were seriously pursued in the years that followed. This is no longer the case. Recently, an alarming number of trade secret misappropriation cases have been reported and Japanese entities at all levels – companies, government, Congress and courts – have been focusing on the protection of trade secrets. Notably, the Ministry of Economy, Trade and Industry (METI), which enforces the Unfair Competition Prevention Act, revised the Guidelines for the Management of Trade Secrets in January 2015. Following the release of these new guidelines, Japanese trade secret law now provides real, effective protection.

Two symbolic cases have transformed the attitude towards trade secrets in Japan. In Nippon Steel v Posco Co, technical information concerning methods of making an oriented magnetic steel sheet was leaked to Korean company Posco. According to the press report, ex-employees of Nippon Steel accessed the trade secret and leaked it to Posco in exchange for financial rewards. What shocked Nippon Steel was the revelation that its trade secrets had been subject to theft for approximately 30 years. Also shocking was that its trade secrets had been further leaked to Chinese company Baoshan Iron & Steel Co Ltd. In 2012 Nippon Steel filed suit against Posco seeking approximately Y100 billion – a huge sum in Japanese litigation.

In Toshiba Co v SK Hynix Inc, technical information on the specification of NAND flash memory was leaked to Korean company Hynix. According to the press report, Toshiba entered into a collaboration agreement with SanDisk Ltd, a Japanese subsidiary of California-based SanDisk Co. Toshiba disclosed trade secrets to SanDisk in accordance with the collaboration agreement; an ex-employee then reproduced and leaked these secrets to Hynix in an attempt to gain favourable hiring conditions. In 2014 Toshiba filed suit against Hynix seeking approximately Y110 billion – another shockingly high sum. They reached a settlement in December that year on condition that Hynix pay approximately Y33 billion damages.

Both cases awakened the Japanese community to the threat of trade secret misappropriation and METI accordingly revised the Guidelines for the Management of Trade Secrets in order to establish a more solid system for trade secret protection. The guidelines include METI’s interpretation of the conditions under which information can be considered a trade secret. METI is an administrative authority; accordingly, its interpretation is not legally binding. However, criminal prosecutors have never failed to refer to the guidelines when deciding whether the allegedly misappropriated information at issue qualifies as a trade secret. Similarly, counsel in civil cases always refer to the guidelines when making a brief. In practice, therefore, the guidelines have a strong influence on the handling of trade secret issues.

The most important condition for information to be considered a trade secret is that it is kept secret. Under the former guidelines, two elements had to be fulfilled in order to meet this requirement:

Under the former guidelines, for example, if the information was not kept in a locked cabinet, it was unlikely to be considered a trade secret – even if it was marked ‘confidential’ or the total number of employees with access to it was limited.

If the original purpose of the requirements was to clarify the status of trade secrets to employees, then the second condition in the guidelines (ie, that an employee recognise the company’s confidential information) should supersede the first (restricting access). The strict requirements, therefore, were a fundamental flaw in the former guidelines.

For example, the following measures would meet the requirement to keep information secret under the new guidelines:

These examples clearly demonstrate that the new guidelines have relaxed the conditions for information to qualify as secret, aligning the Japanese standard more closely with the global standard.

Recent court decisions have also indicated a toughening in trade secret law. For example, in August 2014 a court returned a guilty verdict against a defendant charged with misappropriation of trade secrets. In this case the defendant had taken possession of his employer’s trade secrets, but had not actually relayed them to anyone. It was the first case of prosecution of an employee defendant who had not disseminated the stolen information. Further, in Toshiba, the ex-employee of SanDisk was sentenced to five years in jail and a criminal fine; this, in turn, was the first case in which the court imposed a prison sentence for trade secret misappropriation.

The fact that criminal prosecution is being widely used is good news for companies. Companies seeking damages and injunctions for misappropriation of trade secrets in Japan inevitably encounter the difficulty of proving the defendant’s use of the trade secrets. Because information is intangible by nature, the claimant often does not know how the defendant stole or used the trade secrets. Such evidence is usually in the hands of the defendant. Unlike the United States and certain other countries, Japan still does not have a broad discovery system and winning a civil case for misappropriation is considerably difficult. On the other hand, criminal prosecutors can secure evidence by using legal force. If a criminal procedure for trade secret misappropriation commences first, affected companies can possibly submit the evidence gathered by the authorities to the civil court. Criminal prosecution would provide companies with better opportunities to win civil cases.

The question, therefore, is how companies can prevent trade secret misappropriation. In practice, having firm measures in place to keep sensitive information secret is increasingly important. True, the guidelines’ required conditions for keeping information secret have been relaxed. However, if the measures taken are incomplete, criminal prosecutors will be unwilling to launch an investigation into alleged misappropriation. In-house counsel should therefore read the guidelines carefully in preparation for future criminal prosecution. The guidelines state that the possibility of employee recognition of confidentiality is essential, so the use of ‘confidential’ labels, forms of identification and passwords is important. Further, although not specified in the guidelines, the education of employees about the dangers of misappropriating trade secrets and the use of non-disclosure agreements will also be increasingly important.

METI’s new guidelines have made it much easier for prosecutors to launch criminal investigations into trade secret misappropriation. Such investigations open a lot of doors for companies, as they allow for much more evidence to be gathered than would be possible in civil cases. Companies are expected to be able to litigate cases of trade secret misappropriation more efficiently and effectively than ever. METI has announced that it will publish a manual for the protection of trade secrets in the near future. This will be of great help in considering how to raise employee awareness about the importance of keeping sensitive information secret. In-house counsel should keep up to date with all guidance issued by METI and the ongoing trends of the authorities and courts in order to keep trade secrets properly protected. 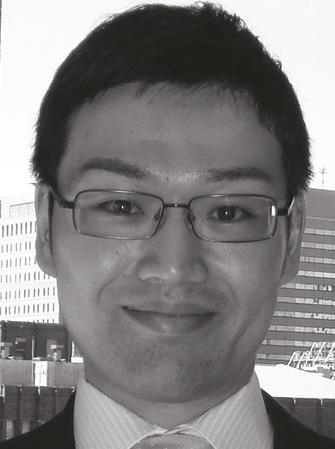 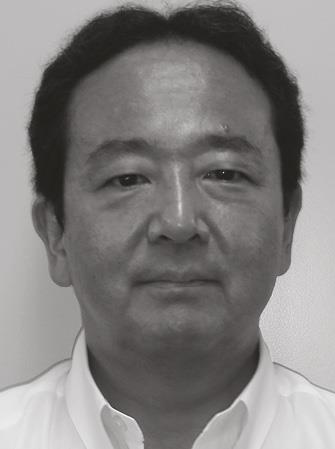 Hajime Watanabe is one of the founding partners of STW & Partners. He has handled a wide range of international issues, with particular emphasis on IP litigation and extensive experience of cases in Japan and elsewhere. He obtained an LLB from the University of Tokyo (1985) and an LLM from the University of Illinois College of Law (1993). He joined Mori Sogo (now Mori Hamada & Matsumoto) in 1987. He worked at Jenner & Block in Chicago from 1993 to 1995 and at the US Federal Trade Commission in Washington DC in 1995. He is admitted to practise in Japan, Illinois and New York. He is a member of the American Bar Association and the American Intellectual Property Law Association.