A patent is a form of intangible asset. It is often assumed that a patent creates value for its owner by allowing its owner to use the patented invention exclusively, giving the owner an advantage through R&D or licensing. In reality, patents provide these benefits to their owners only if third parties believe that the patents are enforceable in a meaningful way. In other words, someone must believe that a patent can cause financial and/or legal pain, whether through a significant and enforceable damages award or an injunction.

Unfortunately, the phenomenon of reverse hold-up is well known. Many companies implement patented technology without compensating patent owners. Typically, patent owners protect themselves by filing suit for patent infringement and obtaining damages or an injunction. Yet in the context of standard-essential patents – patents that are necessary to make use of industry standards which enable products developed by different manufacturers to interoperate – injunctions are nearly impossible to obtain in certain jurisdictions. In addition, many existing patent valuation theories almost guarantee de minimis damages awards for standard-essential patents. As a result – inevitably – certain companies are now manufacturing infringing products and trying to avoid compensation indefinitely. This is forcing standard-essential patent owners either to license standard-essential patents far below their true value or to face costly, protracted litigation to obtain royalties that they should have received at the outset.

Traditionally, potential infringers were dissuaded by the threat of injunction. Today, such relief is difficult to obtain generally and almost impossible to obtain with respect to standard-essential patents in the United States. The reason for this requires discussion of the concept of fair, reasonable and non-discriminatory (FRAND) licensing.

Industry standards are promulgated by standard-setting organisations (SSOs) such as the European Telecommunications Standards Institute (ETSI). SSOs typically issue IP rights policies governing the declaration of standard-essential patents. The policies aim to balance public use of the standard and the rights of IP owners (eg, see ETSI IP Rights Policy Section 3.1, available at www.etsi.org/images/files/IPR/etsi-ipr-policy.pdf). In other words, an SSO generally seeks to ensure that licences to standard-essential patents are available to companies seeking to implement its standards, while also ensuring that patent owners are adequately compensated for the use of their technology.

Under the ETSI IP Rights Policy, when a patent owner believes that it has a patent that may be or may become essential to an ETSI standard, ETSI requests that it make an “undertaking in writing that it is prepared to grant irrevocable licenses on fair, reasonable and non-discriminatory (‘FRAND’) terms and conditions under such [IP right]” (ETSI IP Rights Policy Section 6.1). The meaning of this commitment is hotly debated. An increasing number of companies are now exploiting that debate simply to manufacture products without taking a licence and thereby pay low or no royalties for the use of standard-essential patents.

Certain administrative agencies considering claims of standard-essential patent infringement have determined that FRAND requires rights holders to engage in good-faith attempts to license that intellectual property on FRAND terms; if they do so, their FRAND obligation is fulfilled (In the Matter of Certain Wireless Devices with 3G Capabilities and Components Thereof, ITC Inv 337-TA-800, Initial Determination at 421 (June 28 2013)). If a rights holder has engaged in such attempts, injunctions are not incompatible with standard-essential patent enforcement (see id).

However, other courts and regulators have interpreted FRAND commitments more restrictively, with many arguing that injunctive relief should be available based on the infringement of a standard-essential patent only where the infringer is an “unwilling licensee” to the patent owner’s patents. Thus, the Department of Justice and the US Patent and Trademark Office (USPTO) issued a policy statement arguing that injunctions may be inconsistent with the public interest, but may be appropriate for an unwilling licensee (Department of Justice and USPTO Policy Statement January 8 2013 at 6, available at www.uspto.gov/about/offices/ogc/Final_DOJ-PTO_Policy_Statement_on_ FRAND_SEPs_1-8-13.pdf).

Similarly, regulators have investigated patent holders for their attempts to seek injunctions, resulting in consent orders prescribing specific steps that the patent holder must take before seeking such relief in the future. For example, Google has committed not to seek injunctive relief with respect to standard-essential patents unless:

No US court has issued an injunction based on a standard-essential patent and the Office of the US Trade Representative overturned the only such order issued by the International Trade Commission (ITC). Patent infringers have taken notice. The result is a proliferation of patent hold-out. Courts and regulators have attempted to prevent hold-out by leaving open the possibility of injunctions for standard-essential patents. Yet in practice, these protections are not enough.

"the patent owner can lose the IPR [IP rights] they believe they have, but if the patent holder wins they get no more than a FRAND solution, that is, what they should have gotten under the agreement in the first place. There is no risk to the exploiter of the technology in not taking a license before they exhaust their litigation options if the only risk to them for violating the agreement is to pay a FRAND based royalty or fee. This puts the risks of loss entirely on the side of the patent holder, and encourages patent hold-out, which is as unsettling to a fair solution as any patent hold up might be." (In the Matter of Certain Wireless Devices with 3G and/or 4G Capabilities and Components Thereof, ITC Inv 337-TA-868, Initial Determination at 14 (June 13 2014)).

Traditionally, in Europe, injunctions were available to holders of standard-essential patents, and have been granted in, for example, France, Belgium, the Netherlands and Germany. In Germany and the Netherlands, a FRAND doctrine has been developed which aims to strike a fair balance between the interests of the rights holders and those of good-faith implementers of the standard in question.

In the Orange Book decision (May 6 2009) the German Federal Court of Justice ruled that a standard-essential patent holder seeking an injunction abuses a dominant position only if:

This framework has been much used in Germany.

A similar approach exists in the Netherlands (see Philips v SK Kassetten (District Court of The Hague, March 17 2010). The Dutch approach emphasises that FRAND does not preclude the standard-essential patent holder from enforcing standard-essential patents, including seeking injunctions. Only in “special circumstances” will such enforcement be considered to be an abuse of right – for example, if the enforcement is aimed at unduly pressurising a third party into accepting non-FRAND conditions.

This situation prompted the Dusseldorf Regional Court to request a preliminary ruling from the European Court of Justice (ECJ) to provide clarity on the approach to be followed in cases of standard-essential patent enforcement (Huawei v ZTE, Case C-170/13). Interestingly, the court not only pointed to the risk of hold-up by the patentee, but also warned against reverse hold-up if injunctive relief were no longer available to the patentee (see Dusseldorf Regional Court, March 21 2013, paragraph 36).

A balanced view indeed. It is now up to the ECJ to provide clarity.

Brazilian IP law specifically provides for injunctive relief as a remedy against the violation of IP rights and courts often grant injunctions to prevent the violation of standard-essential patents. Injunctions require an eBay-like analysis; but the absence of punitive or enhanced damages, together with the length of proceedings, tips the balance of hardships in favour of patentees. Implementers usually deny infringement and submit FRAND defences only after the confirmation of injunctions before the appellate courts. Courts are signalling that FRAND defences will not be persuasive unless the implementer brings evidence of willingness to negotiate a licence in good faith before filing of the infringement complaint (eg, see Case 2015.51.01.037510-8, ZTE v Vringo, 13th Chamber of the Rio de Janeiro Federal Trial Court (May 11 2015)).

Patent holders have thus been able to obtain some monetary relief even at the interlocutory stage. This is seen by courts as a method of balancing patentees’ rights and defendants’ business. However, India is grappling with the issues raised by the interface of intellectual property and competition. Competition law is being used by most users of standard-essential patents to drive better bargains from patentees and the situation in India is no different. It remains to be seen as to how the standard-essential patent landscape will operate in India but, at this stage, it would not be wrong to state that it holds sufficient promise for standard-essential patent holders to consider it as a serious jurisdiction in which to file patents.

Manufacturers understand that protection for standard-essential patents is not robust and are taking advantage. Although regulators such as the Federal Trade Commission clearly contemplate courts determining FRAND royalties, manufacturers often fight patent holders’ efforts to set such rates, arguing that the claims are immature because they would not result in a signed licence agreement, or that a court cannot set a FRAND rate for an entire portfolio because the portfolio may contain at least one invalid patent. If upheld by the courts, such arguments would require patent holders to litigate each and every patent in their portfolios in order to obtain FRAND compensation rather than entering into a portfolio licence. These tactics serve to further delay the determination of FRAND licence terms and increase the expense of litigation, while manufacturers continue to make use of patented technology without compensation.

The standard-essential patent enforcement landscape is hostile at present. Standard implementers are taking advantage of the difficulty in obtaining injunctive relief to pressure standard-essential patent owners to accept licences at sub-optimal rates or face years of patent litigation in multiple forums, risking adverse findings concerning the patents in the process. By utilising forums that are more willing to curb patent hold-up and by complying carefully with regulatory schemes in countries such as the United States before seeking injunctive relief, standard-essential patent holders can maximise their ability to obtain fair compensation for their IP rights. 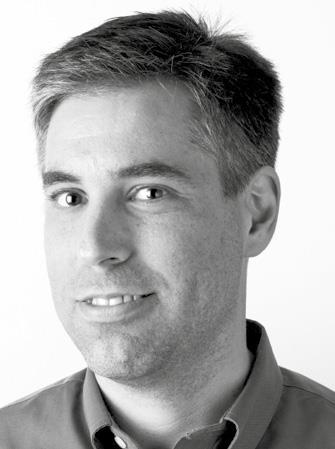 David L Cohen is the chief legal and IP officer at Vringo Inc. Before Vringo, he was senior litigation counsel at Nokia; he has also worked in private practice at Lerner David and Skadden Arps.