Switzerland is located in the centre of Europe, surrounded by the European Union without being a part of it. Although Swiss laws are formally independent from the EU legal framework, Switzerland’s close economic relations with the European Union result in constant legal adjustments – as reflected by some of the topics discussed in this chapter. In any event, practitioners should be aware of substantial differences between Swiss and EU law.

The FPC case law published thus far has been very helpful for practitioners. Counsel should use it to familiarise themselves with the practice of the new court in order to avail of the opportunities that it offers and avoid the possible procedural pitfalls.

FPC: forum for a global settlement

There is arguably a growing preference for arbitration as a means to end patent disputes more swiftly. This does not mean that the FPC is out of the game. On the contrary, the FPC strives to broker mutually acceptable compromises in its handling of cases. Foreign parties also appreciate that they may choose to use English in submissions and hearings instead of the official languages of Switzerland (German, French and Italian).

One further incentive is the so-called ‘instruction hearing’ which takes place after the first exchange of briefs, in which the FPC provides the parties with a preliminary assessment of the case, covering both legal and technical issues. Due to the technical expertise of its judges, this preliminary assessment is highly appreciated by the parties and its insights are frequently accepted.

In settlement discussions, the FPC has a proven reputation for skilfully guiding the parties towards mutually acceptable compromises covering all of the subject matter at stake – even peripheral or hidden issues. Consequently, 89% and 85% of cases were settled by compromise in 2013 and 2014 respectively. The FPC is thus a forum with a high likelihood of arriving at mutually acceptable settlements. Of course, if settlement negotiations fail, a decision will be issued.

First, the FPC decides whether a description will be made. If so, it will carry out the description on site. The final step is to enter the description in the official record of the proceedings. This is done before the description is relayed to the applicant, after a discussion with the defendant to determine which observations are irrelevant to the alleged patent infringement or should be omitted in order to protect the defendant’s trade secrets.

Various amendments to the law are progressing through the legislative process. None have yet been finalised, but the most important changes to be prepared for are as follows.

Physicians’ exemption from patent infringement: Following a change in the European Patent Convention with respect to second medical use claims, concerns emerged that physicians might inadvertently infringe such claims when prescribing a known drug for treatment of a certain disease. The Swiss Federal Supreme Court held in 2011 that if physicians’ activities were considered worth sheltering from liability for patent violation, the legislature should introduce an exemption from patent infringement. A corresponding change to the Patent Act is currently in the pipeline.

Revision of Therapeutic Products Act – second stage: In the second stage of the revision of the Therapeutic Products Act, paediatric extensions will be introduced as a reward for compliance with a paediatric investigation plan. Further, protection of documents submitted in the authorisation procedure for pharmaceutical products will be extended. Discussion continues in Parliament as to whether market exclusivity for orphan drugs of 10 years (12 years for paediatric applications, respectively) shall be introduced.

The revised Therapeutic Products Act is expected to come into force at the end of 2017.

Supplementary protection certificates (SPCs): To date, SPCs on combination products are granted in Switzerland on the basis of the so-called ‘infringement test’, in line with the Federal Supreme Court’s Fosinopril decision – that is, if the combination is protected by a basic patent, the SPC can be granted. This is no longer in line with the jurisprudence of the European Court of Justice (ECJ) as established in Eli Lilly and Medeva. In these decisions a ‘disclosure test’ (an assessment of whether a product is specified in the wording of the claims of the patent) was applied.

Another issue recently raised with respect to SPCs is whether grant of more than one SPC per patent should be precluded even if the patent covers more than one product. In Actavis and Georgetown II the ECJ held that this is not generally excluded. However, a patentee shall be precluded from obtaining a second SPC relating to a combination of active ingredients if the active ingredients are not protected as such by the patent.

All of these decisions are being discussed with interest among practitioners and it is far from clear how they will be implemented. Nevertheless, the Swiss Institute of Intellectual Property (IPI) has recently proposed to change its SPC granting practice in conformity with the jurisprudence of the ECJ. Stakeholders have been invited to comment and it remains to be seen whether the IPI will take the proposals forward. The consultation is still in progress.

Examination of Swiss patents on the merits: Swiss patents are currently not examined on the merits (ie, with regard to novelty and inventive step). This may be perceived as an advantage or disadvantage, depending on one’s situation and perspective. Since Switzerland is a member of the European Patent Convention, a fully examined European patent for Switzerland can already be obtained via this route. The IPI has recently published the results of a survey among stakeholders on how the Swiss patent system could be improved. The results indicate that there is interest in the introduction of a fully examined Swiss patent and a utility model patent (unexamined on the merits). The same survey also revealed that there is no interest in the introduction of a novelty grace period. It remains to be seen whether and how the results of this survey provoke changes to the law.

IP box: The G20 countries and the Organisation for Economic Cooperation and Development (OECD) have agreed on the basics of IP boxes. Accordingly, Switzerland has introduced those principles into its draft of the forthcoming Corporate Tax Reform III, which was submitted to Parliament in June 2015. The OECD Modified Nexus Approach for Taxation of Qualified IP Rights will be implemented through this tax reform. Basically, the modified nexus approach allows for reduced taxation of revenues from qualifying intellectual property associated with R&D in Switzerland. The exact definition of ‘qualifying intellectual property’ is not yet clear. It is reasonable to assume that patents and SPCs will be covered, at least. If so, a Swiss patent will thus constitute qualifying intellectual property despite not being examined on the merits with respect to novelty and inventive step.

What does this mean for the bilateral recognition of German and Swiss national trademarks? On the one hand, there is at present no reason to doubt that the use of a trademark in Germany will be recognised as right-preserving use in Switzerland. Therefore, filing a trademark in Switzerland (in addition to a Community trademark or a German trademark) may be considered a possibility, even if use of the trademark is planned only in Germany (at least to begin with).

On the other hand, it is currently unclear whether Germany can still comply with the bilateral treaty of 1892 for national trademarks. EU legislation casts doubt on this and the German courts will likely have the question decided by the ECJ when the next relevant case comes up.

The practice of the IPI on the use of geographical indications in trademarks is strict. Interestingly, the word ‘Phoenix’ has provoked a number of decisions over the years. In an earlier case the word trademark PHOENIX was held to be a direct indication of origin and was refused registration on the grounds of being misleading, since the list of goods was not restricted to goods from the United States (Phoenix being the capital of Arizona). However, other elements in combined/figurative trademarks may overcome the interpretation of the word ‘Phoenix’ as a direct indication of origin. For instance, an additional illustration of the long-lived mythological bird was held sufficient in another earlier case. 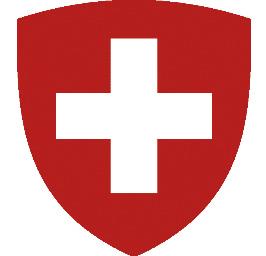 A recent decision provides further guidance on what is sufficient to overcome the impression of a direct indication of origin. The IPI had refused registration of the trademark PHOENIXMILES (additionally comprising Chinese characters – see Figure 3), since ‘Phoenix’ would be understood as to refer to the respective US city and therefore could not be registered for services provided by a non-US company.

The Federal Administrative Court set aside this decision and the application was allowed to proceed to grant. The other details of the trademark (ie, the Chinese characters below the word itself) were held to dominate the overall impression, meaning that the trademark would not create an expectation that the respective services were provided by a US company.

The Swiss cross has a strong reputation for quality and is thus frequently used on products as a marketing tool. At present, this is illegal, regardless of whether the product is of Swiss origin. However, the legislation will soon be amended.

The new Swissness legislation is expected to be enacted in 2017 and applicants should make sure to file their applications at the right time. However, beware of the Swiss coat of arms: it is and will be reserved for use by the Swiss Confederation only. 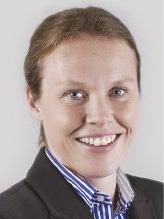 Susanna Ruder is a European and Swiss patent attorney at Hepp Wenger Ryffel AG. She graduated with an MSc in engineering from the Technical University of Hamburg in 2006. She then worked for a large Swiss industrial firm until 2009 as a product manager. Her main activities include the management of international and national grant, opposition and appeal proceedings and national litigation, as well as advising clients on distribution, licensing and R&D agreements. She advises on a wide range of technologies, particularly optics, transport and medical technology. 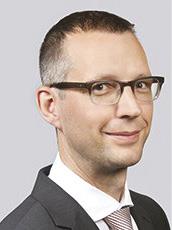 Martin Wilming is a Swiss and European patent attorney and has a doctorate in bio-organic chemistry. He has been a partner at Hepp Wenger Ryffel since 2008. His main areas of practice are the prosecution of international grant procedures, opposition and appeal proceedings before the European Patent Office and the enforcement of IP rights of all types. He advises and represents clients in proceedings before the Swiss Federal Patent Court, handles complex disputes and coordinates multinational IP litigation. His main sectors of activity are chemistry, pharmaceuticals, adhesives and coatings, dental technology, food technology and mechanical engineering.