In 2008 an amendment of the Civil Code went unnoticed by many patent law practitioners, as it had no direct link to patent law. However, a series of decisions of the Paris Court of First Instance introduced the new rule into patent practice, leading to major strategic implications for invalidity proceedings in France.

The Law of June 17 2008 amended the general prescription period by introducing a new Article 2224 into the Civil Code: “Personal or movable actions shall be prescribed five years from the day on which the holder of a right knew or should have known the facts enabling that holder to exercise the right.”

Commentators have stated that the new provision should apply to patent invalidity proceedings, which should be prescribed after five years rather than 30 years as under the previous law (Droit de la Propriété Industrielle, Jacques Azema and Jean-Christophe Galloux, 7th edition, p320; Droit de la Propriété Industrielle, Volume 2, Jérôme Passa, pp467-468). In practice, the 30-year prescription period had no implications for patents, for the simple reason that patents expire 20 years after the date of filing or at most 25 years if a supplementary protection certificate (SPC) is granted. However, commentators have debated when the five-year prescription period should start.

Since the end of 2014, the Third Chamber of the Paris Court of First Instance, which specialises in IP matters, has handed down several decisions on this issue. The decisions all applied the five-year period to the prescription of patent invalidity proceedings. However, somewhat unexpectedly, the decisions provided different answers regarding the start date of the prescription period.

Nicoll served MEP with a writ of summons for invalidation of its French patent. MEP asserted that the invalidity proceedings were prescribed, pursuant to Article 2224 of the Civil Code, because Nicoll had been aware of the existence of the patent at least since its publication and perhaps even earlier, when the patent application was published.

Nicoll countered that it became aware of the existence of the patent only through the letter from MEP’s representative.

The First Section of the Paris Court of First Instance found in favour of Nicoll and stressed that: “To ascertain the starting point for the prescription, only an in concreto determination should be made of the time at which the party petitioning for invalidity actually had knowledge of the right asserted against it.”

Thus, the court considered that the prescription period begins as soon as the party petitioning for invalidation knows that the patent may be asserted against its activity.

However, the Second Section of the Paris Court of First Instance saw matters differently in Biogaran v Merz (February 6 2015). In this case Biogaran petitioned for the invalidation of Merz’s patent and the corresponding SPC. Merz argued that the petition for invalidation was prescribed because the starting point of the prescription period for patents should be that of the publication date of the patent application.

The court agreed, finding that the publication date is the date “from which third parties had knowledge of the existence of the patent and of its content. This principle, as established for patents, is the same with regard to the prescription of the invalidity proceedings for a supplementary protection certificate”. Therefore, the court held that the proceedings were indeed prescribed, since more than five years had elapsed since publication of the patent application.

However, this approach was not followed by the Third Section of the Paris Court of First Instance. In Bolton Manitoba v Reckitt Benckinser (March 13 2015) it rejected the publication date of the patent application as the starting point, since a patent application is “capable of changing, and the question at hand is not that of determining the rights in a European patent, but that of whether it may be asserted against third parties”.

The court could have added that it is impossible to petition for the invalidation of a patent application, and that to commence the prescription period for invalidation proceedings before a right can even be exercised may give rise to serious issues. The court then considered that the starting point for the prescription period should be determined in concreto – that is, starting from the time at which the party petitioning for invalidation had actual or assumed knowledge of the facts enabling the proceedings to be conducted.

Thus, this decision adopted a third way to determine the starting point for the prescription period: grant of the patent.

However, the saga continued with a decision of the First Section of the Paris Court of First Instance in Maumon v Savelys (July 2 2015). This case arose in the context of a petition for invalidation of a granted French patent while a parallel European patent designating France was still undergoing examination.

Thus, in the opinion of the court, the five-year prescription period can begin:

However, interested parties should not use the publication date of the patent application as the starting point, as this solution appears unrealistic. Further, if a French patent is granted while a European patent application designating France is still in the course of examination (or opposition), grant of the French patent is not the starting point for the prescription period.

The courts thus failed to agree on the starting point for the prescription period. Faced with this lack of certainty, and until the situation is clarified, it is recommended to petition for invalidation of a patent in France within five years of grant.

This solution raises further questions. According to established French case law, a party requesting invalidation of a patent must demonstrate a valid interest in doing so. Generally, it suffices to show that the patent belongs to a competitor and that the patent in suit falls within the requesting party’s activity. However, case law has made the admissibility of patent invalidity proceedings dependent on acts performed in preparation for exploitation (“Un an de droit des brevets”, Emmanuel Py and Jacques Raynard, Propriete Industrielle, No 10, October 2013, page 30).

Although it may now be accepted that invalidation proceedings must begin within five years of grant of the patent, it is not always possible to show such an interest to act.

Taking the date of grant of the patent as the starting point for the prescription period leads to practical difficulties. For example, a patent is granted within three years of its filing date, but the exploitation of a product that is liable to infringe that patent is envisioned by a third party only 10 years after grant. If the five-year prescription period begins on the date of grant of the patent, it will be impossible for third parties to request invalidation as a main claim. So, should third parties automatically attack all of their competitors’ patents within five years of grant? This is a very impractical solution.

Moreover, setting the starting point for the prescription period as the date of grant of the patent may have serious consequences in certain fields, such as pharmaceuticals. Indeed, a decision handed down by the Paris Court of Appeal in summary proceedings held that generic drug manufacturers know long before the launch of their products on the market that they will face infringement proceedings at the hands of patent holders (Novartis AG v Mylan, Paris Court of Appeal, March 21 2012). Thus, the French courts have considered that asserting the invalidity of a patent in summary proceedings for a preliminary injunction is too late, since the petitioner should have requested this as a main claim before the product launch in order to “clear the way”. But how can generic manufacturers clear the way if the patent which they wish to challenge was granted more than five years ago?

It is therefore vital for the Paris Court of Appeal or even the Supreme Court to rule definitively on the starting point for the prescription period, and whether to adopt the date of grant of the patent or the date on which it is known that the patent may constitute an obstacle to the free exploitation of a product (eg, through a warning letter).

Perhaps the higher courts should even answer the question of whether proceedings for patent invalidation, if referred as a main claim, should actually be prescribed pursuant to Article 2224 of the Civil Code. 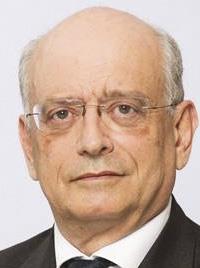 Luc Santarelli is a French and European patent, trademark and design attorney. He has a dual educational background: an engineering degree from the Ecole Polytechnique Fédérale de Lausanne (1978), with a specialisation in telecommunications, and a master’s in law from the University of Paris II (1988).

After a stint as a telecommunications engineer, Mr Santarelli trained and qualified at Cabinet Bonnet-Thirion before joining Rinuy, Santarelli in 1985, where he specialised in patent infringement litigation. He assists clients in crafting IP strategies and handles patent infringement, know-how misappropriation and patent ownership rights litigation and licencing operations. His clients include high-tech start-ups and major corporations across a wide range of fields, including telecommunications, electronics, software, semiconductors, microtechnologies and aeronautics. 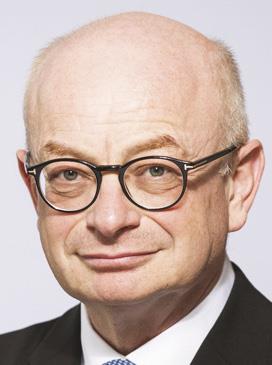 Thierry Caen is a partner at Santarelli and is a qualified French and European patent, trademark and design attorney. He heads the firm’s chemistry, pharmacy and biotechnology group. He assists his clients in both establishing their patent portfolios and defending their rights, in particular in litigation and opposition cases. He also has particular expertise in the field of supplementary protection certificates.