Patents are undoubtedly the kingmakers in the life sciences industry. This fact was reinforced when certain pharmaceutical blockbusters came off patent in 2011.

Pharmaceutical giants had a massively fruitful run with some of their branded drugs. However, in the last four years the patent cliff has shaved off billions of dollars in revenue and pushed even the biggest drug makers to scramble to find ways to stem the revenue loss.

The most notable patent cliff appeared in 2011 when the patent for one of the most successful drugs ever, Lipitor, expired. Lipitor accounted for more than 40% of Pfizer’s total profits and generated $115 billion in revenues since its release in 1997. In the three years following its expiry, revenues dropped by nearly $15 billion as generics flooded the market. Similarly, AstraZeneca’s revenues plummeted following the expiry of Seroquel, as did Merck’s following the expiry of Singulair. A number of patents for chemical drugs expired between 2011 and 2015. Further, the trend for biologics to go generic (which started in 2014) is projected to continue until 2019 (see Table 1).

Such steep patent cliffs and far fewer in-house breakthrough innovations in recent years have forced the pharmaceutical industry to re-examine its business models, and many companies have shifted focus away from primarily spending time, effort and money on finding the next blockbuster.

Many in the industry are keen to identify more symbiotic R&D alliances and leverage various patent monetisation strategies in order to avoid falling off the growth path while staying invested in the search for ‘big tickets’.

As such, large pharmaceutical companies are more focused on looking outside of their organisations for innovations that might become the next big breakthrough. Small and medium-sized companies benefiting from exclusive, niche patents are looking to commercialise their innovations. Industry observations suggest that patent monetisation and commercialisation strategy should naturally take advantage of this convergence.

However, before the pharmaceutical decision makers can ascertain the right strategic approach to monetising their patents and optimising their alliances, the technology and patent portfolio must be clearly understood.

The prospect of monetisation is founded on collaborative innovation. While all pharmaceutical companies continue to search for the next big blockbuster, some companies are also increasingly investing in smaller, yet more strategic innovations that play a key role in strengthening portfolio and product development. A prudent monetisation strategy is a correct mix of these two approaches – and it all begins with developing a clear understanding of the technology and patent portfolio.

Association with larger pharmaceutical players can be rewarding for smaller companies, exposing them to complementary technical and resource deployment. Correspondingly, larger companies get quicker access to niche innovations and developments that can be turned around for continued profits. Here, the trick is to find the right place and the right time.

In the life sciences industry, every decision becomes critically strategic because of the long journey from discovery to commercialisation. While a highly mature technology can swiftly generate revenue, associating at a late stage means risking missing out on early opportunities to tap greater benefits for lesser investments. Conversely, associating at an early stage means taking much longer to realise optimum monetary gains. See Table 2 for a comparison of the gains and risks for both pharmaceutical companies and investors for alliances across the product development stages. 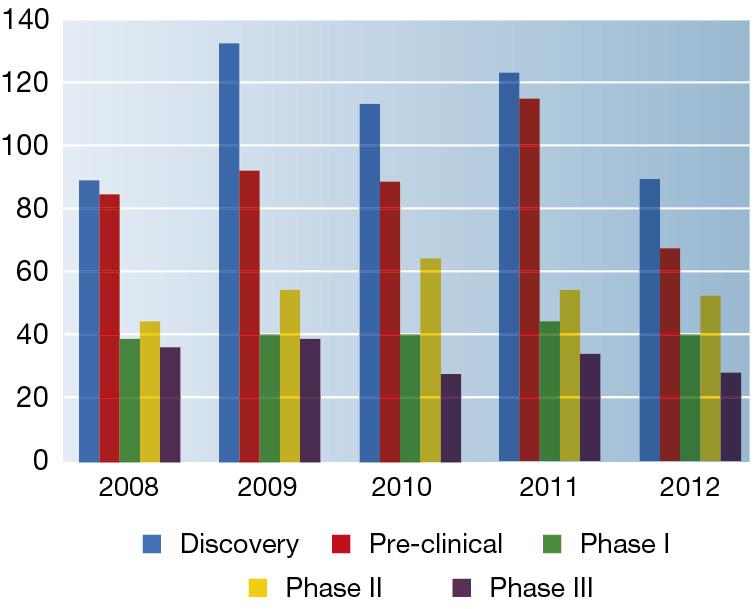 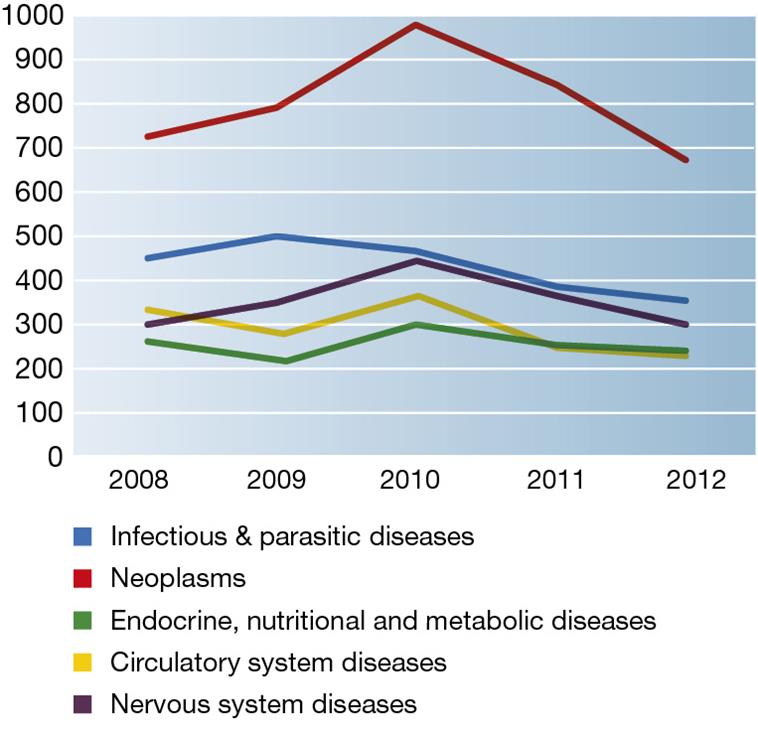 In fact, this focus on finding the right time to build collaborations is visible in the overall trends of the licensing deals that were agreed around the time that the patent cliff began to materialise in 2011 (see Figure 1).

Out-licensing is a critical strategic decision exercised by companies that own patents and technologies at the commercial stage, but lack the resources to manufacture internally; these companies forge alliances with key investors and pharmaceutical companies that are usually looking to commercialise such promising innovations.

This strategy is used extensively by companies striving to monetise non-core, yet high-potential technologies that they do not plan to continue developing. This option helps to generate additional revenue and enhance the net worth of patents retained in the portfolio.

Previously, assessment of the market potential for out-licensing earlier in the pharmaceutical domain was skewed towards prevalent and obvious applications. However, perspectives have widened to include much broader, exclusive and uncommon application areas – thereby increasing potential opportunities.

Although companies usually prefer to do extensive assessments before striking deals (due to the long product development cycle, low success ratios and high risk owing to regulatory requirements), the out-licensing strategy is generally pursued at an early stage of product development.

These early-stage licensing deals are at molecule or pathway level related to new and challenging therapeutic areas such as oncology, neurology and immunology – including:

As illustrated in Table 3, most of the high-value licensing deals signed in 2014 were at an early stage of product development.

Pharmaceutical companies are also looking for early alliances with biotechnology companies that have carried out extensive R&D in a complementary or niche domain (see Table 4).

Companies are increasingly using pay-per-programme deals (see Table 5). For example, Alexion paid $100 million to Moderna Therapeutics to buy 10 product options pertaining to the development and commercialisation of therapies using mRNA for rare diseases. Here, Moderna can develop the products and will in return pay royalties on sales, in addition to milestone payments.

Another example is the licensing deal between Immunocore and Eli Lilly for the co-discovery and co-development of cancer therapy based on T-cells. On successful advancement to pre-clinical stage, Immunocore must continue the co-development with Eli Lilly; otherwise, it will have to pay milestone payments and royalties.

Big pharmaceutical companies are acquiring patents in late-stage products related to value-added capabilities, such as drug delivery devices (see Table 6). These technologies are valued high because they play a crucial role in improving therapeutics. The deal between Intarcia and Servier, one of the big deals of 2014, was driven by a breakthrough technology that provides consistent drug therapy for type 2 diabetes.

Pharmaceutical organisations are increasingly forging alliances and leveraging patent monetisation strategies in order to counter the patent cliff and reduce future dependence on blockbusters. This is giving rise to new business models that are focused on long-term productivity and driven by varied strategies, including integrated models, patent synergies, semi-blockbusters and specialised solutions.

The paradigm shift in the acceptance of mergers and R&D collaborations is being seen as a catalyst to enhance portfolio productivity, as it is creating significant opportunities for better, robust and fruitful innovations. In fact, the first quarter of 2015 has already witnessed over 15 deals valued at approximately $10 billion.

With this shift, newer business models are being fuelled by new approaches to ensure long-term gains. Some of these key approaches are as follows.

Companies are actively looking to associate with similar players and develop symbiotic relationships across the product development cycle. Companies are adopting various modes of associations (eg, licensing, co-development, co-commercialisation and mergers and acquisitions) in order to strengthen R&D and business alike.

The industry is increasingly looking to reduce its dependence on blockbusters. To address complex disorders, more innovative and dependable platforms or pathway-based solutions are being created.

Gene/biochip, genomics, proteomics and nanotechnology are among the fields being targeted for developing unique solutions.

Further, genotype-specific personalised therapeutic solutions are being created for patient groups with complex disorders. Major Food and Drug Administration approvals include the following:

Once ruled by blockbusters, the industry is now increasingly associating with smaller, niche players seeking their breakthrough innovations.

These new business models and monetisation strategies do not depend on revenues from selling blockbusters. Instead, they are now largely using alternative approaches to commercialising patents across product development stages for long-term solutions and to continue on the growth path. 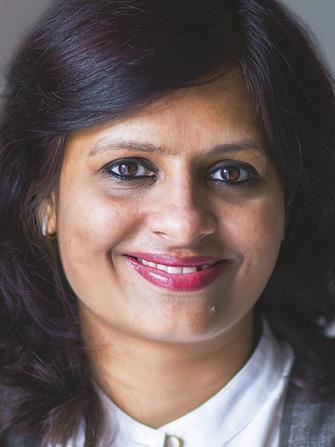 With rich experience of close to eight years in patent research and analytics, Ms Pareek has worked extensively on various technology research and analytics projects in the pharmaceuticals, biotechnology and life sciences domains to support clients with the R&D strategy and techno-commercialisation aspects of their business. She has proven expertise in sequence and structure searches and analysis, and has trained and managed teams on various IP projects for Aranca’s global clients.