A recent decision of the Australian Trademarks Office (ATMO) provides guidance on the approach that ATMO will take on requests for time extensions under Regulation 9.18 of the Trademark Regulations 1995, which came into effect on April 15 2013.

MG Icon LLC v Caprice Australia Pty Ltd ([2014] ATMO 34) was the first contested request for a time extension under the new regulations. It appears that ATMO will now take a stricter approach when considering requests for time extensions to file evidence in opposition proceedings.

MG Icon LLC applied to remove the trademark MATERIAL GIRL, in the name of Caprice Australia Pty Ltd, from the Trademark Register; Caprice opposed the removal. Caprice requested a one-month extension to file evidence in response to MG’s evidence. MG objected to the extension and applied for a hearing.

The hearing officer found that three questions must be considered when deciding whether to grant an extension:

The hearing officer found that Caprice had, up to the period for filing evidence in reply, made all reasonable efforts to comply with the filing requirements. It filed the notice of opposition on the due date and supporting evidence only 11 days after its original due date (well within the granted extension period).

The decision highlights some important considerations that should be made when parties in opposition proceedings seek an extension to file evidence:

In eBay Inv v Dean William Hawkins, eBay successfully opposed an application to register the words “iWantBay” in Class 35 with the design depicted below.

The opponent’s eBay trademark was held to have a reputation approaching notoriety, with most – if not all – Australians aware of it. The applicant’s trademark was held to share a number of strong similarities with eBay: both ended in ‘Bay’ and the ‘iWant’ part of the applicant’s mark served to focus the attention on the ‘Bay’ suffix. Further, both marks used different colours for each letter and started with a lower-case letter followed by an upper-case letter. The applicant’s argument that the strong reputation of eBay reduced the likelihood of confusion was rejected, as both marks were used for the same services. Use of the applicant’s trademark would therefore confuse or deceive, contrary to Section 60 of the Trademarks Act.

The judgment also dealt with the applicant’s desire to file further evidence. The hearing officer referred to MG Icon and agreed that, for oppositions which began before the commencement of the Raising the Bar Act, a party which failed to obtain an extension to file evidence could apply to file it as further evidence (under the now-repealed further evidence provisions of Regulation 5.15). However, in the present case the further evidence would be very late.

Copyright infringement and designs under Section 77

In Seafolly Pty Ltd v Fewstone Pty Ltd, Seafolly successfully brought a copyright infringement claim against Fewstone. Seafolly owned the copyright for a number of prints used on fabric to produce swimwear. It alleged that Fewstone had copied a substantial part of three particular prints (the online judgment features illustrations for reference). Fewstone conceded that it had purchased Seafolly garments and used them to instruct its designers. The court held that there had been copyright infringement. It noted that although none of the copied prints was identical to the Seafolly prints, overall there was a similar combination of similar features and the copied prints reproduced in material formed a qualitatively substantial part of the Seafolly prints.

The fact that there were a number of different features or variations in the copied prints did not negate the fact of reproduction of a substantial part of the Seafolly prints. The court also considered Section 77 of the Copyright Act, which deals with the relationship between copyright and designs, as one of the prints was argued to be woven into the fabric and hence to constitute an industrially applied ‘corresponding design’ for the purposes of Section 77. If Section 77 applied, there would be no infringement. The court held that the print was not a corresponding design, as the print was not embodied in the garments and the garment had not acquired the features of shape or configuration of the Seafolly print during its manufacture.

The ongoing reform of Australia’s IP system continued with the enactment of the Intellectual Property Laws Amendment Act 2015, which followed 2013’s Raising the Bar Act.

The reforms aim to:

The main areas of reform to which the new act relate are:

The question of whether isolated genes are patentable in Australia has been under the spotlight. Cancer Voices Australia v Myriad Genetics Inc dealt with a patent involving claims for isolated DNA and RNA (nucleic acid). The court initially found that isolated genes constitute patentable subject matter under the Australian definition of ‘invention’.

This decision was appealed. The appellant asserted that a gene is not relevantly different inside or outside the body. The argument was that the court had erred in holding that removing genes from the human body created an ‘artificial state of affairs’, which is a requirement to qualify as an invention.

Australia and New Zealand will remain members of the Patent Cooperation Treaty, which already provides a streamlined approach for filing applications in multiple jurisdictions. As such, the proposed changes merely present another option for applicants.

New Zealand’s Copyright Tribunal handed down its first penalties under the ‘three strikes’ copyright infringement law against online sharing. Under the law, alleged infringers receive three levels of notice from the rights holder, issued through their internet service provider – detection, warning and enforcement.

In RIANZ v Enforcement Number: Telecom NZ 2592 ([2013] NZCOP 1), the tribunal awarded NZ$525 to the copyright holder. The defendant account holder admitted one infringement (ie, downloading one audio track using torrent software), but stated that she did not know how the second or third infringement occurred.

The decision highlights what some people consider to be flaws in the system. First, the account holder – not necessarily the downloader – receives the infringement notices and must pay the damages. Further, the legislation creates a presumption of infringement: every alleged infringement is deemed to have happened unless the defendant can prove otherwise.

In Karum Group LLC v Fisher & Paykel Financial Services Limited, Karum unsuccessfully appealed a decision that Fisher & Paykel Finance (FPF) had not infringed any copyright in Karum’s software by modifying its own credit software. Karum claimed that FPF had copied non-literal design elements and logic. The court used English and US court decisions for guidance on the distinction between literal and non-literal elements of computer software and whether copyright could exist in the latter, as claimed by Karum.

The court found that the scope of any copyright in non-literal software elements is constrained, and that a plaintiff may find it difficult to distinguish expression from idea or prove that specified elements are not mere functionality or business rules. The court stated that the features that Karum claimed had been copied were mere functionality or business rules, not literary works. The court concluded by observing that for copyright to be infringed, a substantial part of the work must be copied; and even if any original expression in the Karum software had been copied, it was not a substantial part of the software package.

In Tasman Insulation New Zealand Ltd v Knauf Insulation Ltd, German insulation manufacturer Knauf Insulation applied to revoke Tasman’s BATTS trademark pursuant to Section 66(1)(c) of the Trademarks Act, on the basis that it was a common name for insulation in New Zealand. The claim followed a customs seizure of Knauf’s EARTHWOOL product because it featured the word BATTS on the packaging. In response, Tasman filed proceedings for trademark infringement and misleading and deceptive conduct in relation to Knauf’s marketing of its EARTHWOOL insulation product. Several other minor claims were filed.

On Tasman’s claims of trademark infringement for use of the words ‘batts’ and ‘batt’ on installation instructions and packaging of the EARTHWOOL product, Brown stated that the public would not perceive the way the word was being used as trademark use. However, the use of the word ‘batt’ in the website’s code did infringe the plaintiff’s trademark, because if this were viewed by a consumer, it would be seen as a trademark.

In relation to Tasman’s claim that EARTHWOOL gave the misleading impression to consumers that Knauf’s products were substantially made of natural wool when they were in fact made of recycled glass, Brown found that Knauf’s use of the EARTHWOOL name and brand was misleading and deceptive. As a result, he restrained the defendant from using the EARTHWOOL name or brand, except where it was printed immediately alongside the words ‘glasswool’ or ‘glass insulation’ in the same font and size. Brown also declared that the marketing of the EARTHWOOL product on the ecoinsulation.co.nz website and earthwool.co.nz website breached the Fair Trading Act. Further, Brown stated that a newspaper advertisement taken out by Knauf contained a misleading statement and breached the law.

New Zealand has just completed an overhaul of its 60-year-old patent law. The Patents Act 2013 aligns the patent regime more closely with international best practice and builds on initiatives to help to create a more productive and competitive economy.

Examination under the new regime is expected to be much tougher. Previously, examiners could reject patent applications only for lacking novelty. Under the new act, examiners may also reject an application for obviousness. Novelty and obviousness will be assessed against a worldwide standard.

The new law provides several processes for third-party challenges to either applications or in-force patents. These are:

The new law seeks to protect the interests of Maori in their traditional knowledge, as well as indigenous plants and animals.

A Maori advisory committee will advise the commissioner of patents, trademarks and designs (on request) whether an invention is derived from Maori traditional knowledge or from indigenous plants or animals. If so, the committee will advise whether commercial exploitation is likely to be contrary to Maori values.

There are exclusions from patentability for inventions where commercial exploitation of the invention is contrary to public order or morality. The act further excludes:

Other changes to patent practice include: 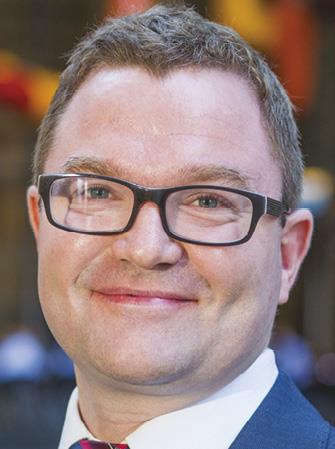 Blair Beven heads AJ Park’s trademark practice in Sydney. Mr Beven has over 15 years’ experience advising clients on the creation, protection, licensing and enforcement of intellectual property in Australia, New Zealand and around the world. He regularly attends the Federal Court of Australia in defence of clients’ rights.

Mr Beven’s clients include actors, leading fashion designers, top models, production companies and executives in the entertainment industries. He also works to assist clients in capitalising on their name, fame, likeness and other rights in all media. He negotiates and structures profitable merchandising, licensing and endorsement agreements and counsels clients on the development of their own celebrity-branded product lines. 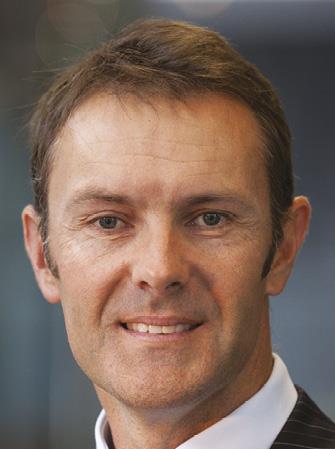 Damian Broadley is AJ Park’s managing partner and one of New Zealand’s leading IP experts. He specialises in the clearance, protection and strategic management of trademarks. He is also a copyright and domain name specialist. Mr Broadley joined AJ Park in 1993 and has been a partner since 2001.

Many of Mr Broadley’s clients are multinational Fortune 500 corporations. He has been engaged by US-based corporations to advise on their worldwide trademark protection strategies. 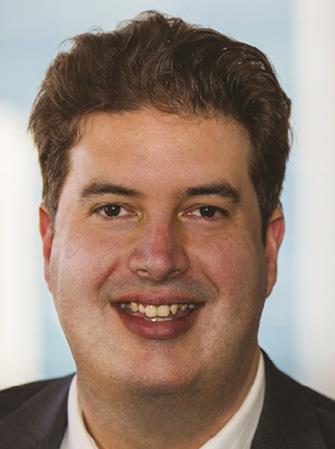 Joe Seisdedos heads AJ Park’s patent practice in Sydney. He has over 13 years’ experience in intellectual property, with a particular focus on the Australian, US and European markets.

Mr Seisdedos has extensive experience in drafting and prosecuting patents and specialises in information technology, business methods and medical technologies. He has a background in nuclear physics, detector development and complex system simulation.

He has also taken a key role in a number of patent litigation and opposition cases and has provided patent infringement and litigation advice to a number of IT, electrical and medical device clients. Mr Seisdedsos lectures at two Australian universities on intellectual property and the drafting of patent specifications.