The Leahy-Smith America Invents Act of 2012 created new proceedings for challenging the validity of granted US patents at the US Patent and Trademark Office (USPTO). In just a few short years, these new proceedings have radically altered the US patent enforcement landscape.

The application of post-grant review proceedings is limited to patents with an effective filing date on or after March 16 2013. With average pendency times at the USPTO of approximately 3.2 years (as of January 2013), post-grant review has only recently started increasing in use.

As with oppositions at the European Patent Office and elsewhere, a nine-month window from patent issuance exists in which to file a post-grant review petition (35 USC §321(c)). Accordingly, it is prudent to conduct patent searches and monitor others’ (particularly competitors’) patents and pending applications in one’s area(s) of interest. Once a patent application of interest is found, it should be monitored. Its issue date should be noted (this can be determined by monitoring the Patent Application Information Retrieval system at the UPSTO), as should the deadline for filing a post-grant review. Patent counsel should be engaged at this stage.

Preparing a post-grant review is time consuming and includes prior art searching, claim construction research and preparing the petition and supporting declarations. Among other stipulations, the USPTO further requires that any declarations include data and calculations supporting their opinions. This underlying support must necessarily be obtained beforehand.

However, the benefits of post-grant review in comparison to litigation can be manifold:

Post-grant review provides more available grounds for challenging a patent than inter partes review (eg, 35 USC 101 and 112 in addition to anticipation and obviousness). Using a challenge under 35 USC 101 in post-grant review may be especially useful in the biotech/diagnostic field after Mayo Collaborative Services v Prometheus Laboratories Inc, 12 SCt 1289 (2012) and Association for Molecular Pathology v Myriad Genetics, 12-398 (June 13 2013). However, there is some dispute over whether a defence under 35 USC §101 was technically incorporated into the available post-grant review grounds for challenge – although for now the PTAB is taking the position that it is. Also, unlike inter partes review, post-grant review includes the opportunities to invalidate on-sale activity and prior public use.

Further, with certain patent challenges (eg, defences under 35 USC 112 for lack of written description or enablement), post-grant review is probably the only practical option – especially with technologies that may be difficult for a district court jury (or even a judge) to understand.

There are, of course, some disadvantages to post-grant review in comparison to litigation. One is that the settlement of a dispute may not stop the post-grant review from proceeding. Another is limited discovery, which may make certain defences – such as the on-sale bar – more difficult to prove. However, many will argue that limited discovery is an advantage, due (for example) to the intrusiveness and high costs associated with discovery in the United States.

Compared with inter partes review, there is a greater scope of estoppel in defending an infringement action under the challenged patent(s), which extends to any defences that reasonably could have been raised. Accordingly, a patent challenger may consider waiting until after the post-grant review window has closed and then file an inter partes review instead of a post-grant review to reduce the risk of estoppel.

Finally, post-grant review generally costs more than inter partes review (although the price of either dims in comparison to defending patent litigation). Using in-house or local resources to conduct extensive prior art searching and provide insight early can focus the post-grant review and help to contain costs.

Inter partes reviews are also strictly limited to challenges for anticipation and obviousness based on patents or printed publications. Public use and ‘on sale’ defences are not available in inter partes review.

The procedures for post-grant review, inter partes review and covered business model review are similar. First, a petition challenging the patent is prepared and filed. This submission includes supporting evidence (including expert declarations) and requisite fees. The fees are significant (eg, for inter partes review, the USPTO request fee is $9,000 and the post-institution fee is $14,000, both due at the time of filing).

Statutorily, the petition must identify the patent, the real party of interest, the claims being challenged and all grounds for challenge. The petitioner must also provide copies of the patents and printed publications relied on, and evidence of service on the patent owner.

If there is a deadline, such as the one-year limit following a claim of infringement, the petitioner should not wait until the last day to file a petition. If the petition does not meet any of the statutory requirements, the filing date accorded will be the date of the corrected petition and the challenge may be barred.

There are also regulatory requirements for the petition. It must include claim construction and has page limits, spacing and font size requirements. It must also include a signature and identification of lead and back-up counsel. For challenges based on anticipation or obviousness, the petition must specify where each element of the claim is found in the prior art.

Claim charts may not include argument, and this rule is interpreted strictly. Recently, the PTAB has changed page limits for some filings, including a petitioner’s reply brief, and it is considering other revisions to its requirements based on nearly three years’ experience with America Invents Act proceedings.

Some of these requirements can be used by patentees to reduce the chance of their patent being entirely invalidated. For instance, as a consequence of the strict page limits, having more rather than fewer claims can be of benefit. Also, including picture claims in the patent directed to a competitor’s likely prospective product or using ‘means plus function’ language in some claims might be beneficial in preserving some claims.

After the petition is filed and accepted, the patent owner’s preliminary response may be filed. Although litigators are generally reluctant to take a firm position on the merits early in any adversarial proceeding, inter partes review statistics show that filing a preliminary response enhances a patent’s chances of survival.

As previously mentioned, compared to litigation, discovery is limited in these proceedings. For instance, depositions are generally allowed only from those submitting declarations. The PTAB also requires that almost all motions be authorised in advance by way of a telephone conference call with the PTAB and opposing counsel.

Eventually, a trial is held and a decision rendered.

As previously identified, the results from inter partes review (post-grant review still being too new to analyse) have been startling. Nearly three-quarters of claims challenged via inter partes review have been invalidated. The numbers are even greater where the PTAB has granted a review. The PTAB recently reported that 84% of patent challenges that go through the full review process have had at least one claim rendered unpatentable (www.uspto.gov/sites/default/files/documents/20150219_PPAC_PTAB_Update.pdf). While these numbers are controversial in comparison to district court litigation (as over-including ‘low-hanging fruit’), the numbers remain impressive.

Further, the proceedings can effectively eradicate an entire patent family. Following inter partes review, for example, the patentee is estopped from taking action inconsistent with an adverse judgment, including obtaining claims that are patentably indistinct from claims that have been invalidated (37 CFR 42.73(d)(3)). Taking this estoppel into consideration, patentees should consider accepting restriction requirements during prosecution and taking advantage of the statutory separateness of a divisional patent.

One earlier procedure for challenging a patent at the USPTO that remained intact after the America Invents Act is the venerable ex-parte re-examination. Unlike inter parte review, post-grant review and covered business method review, with ex-parte re-examination there is no estoppel, the challenger may remain anonymous and the motion may be filed by the patentee against its own patent. It is also considerably less expensive.

While these factors are appealing, there are downsides. With ex-parte re-examination, the challenger takes a single shot at the patent and its involvement then generally ends. This allows the patentee to interact with a patent examiner with little or no input from the challenger.

Ex-parte re-examination can be successful, however, especially when a challenger has strong prior art. However, as recently outlined by the Supreme Court, unsuccessful attempts litter the roadway (Commil USA, LLC v Cisco Sys, Inc, 575 US __ (May 26 2015)).

The America Invents Act has dramatically changed the enforcement of patents in the United States. To the extent possible, patentees should address the situation before their patents issue with thorough prior art searching and deliberate claim strategies. On the challenger’s side, where the standard to institute a trial is lower, the scope of estoppel is narrower and the costs are lower, challenges based on prior art alone might be best conducted under inter partes review rather than post-grant review. However, for patent challenges under 35 USC Sections 101 and 112, post-grant review should be considered. For cases where the challenger has formidable prior art, ex-parte re-examination might still be the best route. 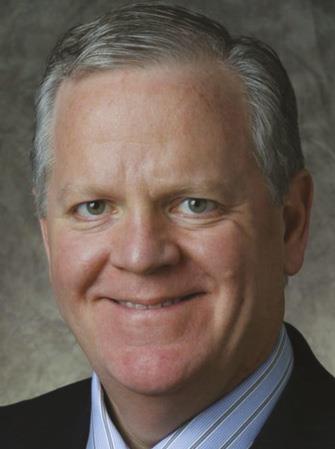 H Dickson Burton’s practice emphasises litigation and counselling in patent, trade secret and other IP matters. Mr Burton has successfully led trial teams in federal jury trials in courts throughout the United States in complex patent infringement and other IP cases, and also represents clients before the Patent Trial and Appeal Board, including in inter partes reviews. Mr Burton is frequently called on to serve as a mediator, arbitrator or expert witness in various patent and other IP disputes. 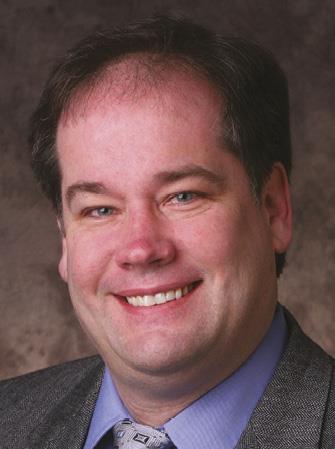 Allen C Turner began his legal career at TraskBritt. He spent three years in the Netherlands as in-house patent counsel for Akzo Pharma (now Akzo Nobel NV) before rejoining TraskBritt, where he is now a director and shareholder. He specialises in IP law, with a special emphasis in defining IP protection internationally for chemical and pharmaceutical developments such as drugs, natural products, vaccines, medical devices, biotechnology and cosmetics. Mr Turner has participated in litigation matters in both the United States and Europe, and has extensive experience interacting with the US Patent and Trademark Office.