Hungary and the Unified Patent Court

Hungary is planning to ratify the Unified Patent Court (UPC) Agreement (16351/12) and adopt the unitary patent regime. However, the road to ratification is not so straightforward as in a number of other European countries. This chapter discusses the challenges and potential pitfalls of ratification for Hungary.

Lessons from the London Agreement

Hungary has already ratified the London Agreement. Therefore, when validating European patents published on or after January 1 2011 in Hungary, claims need to be translated into Hungarian only, provided that the language of examination before the European Patent Office (EPO) was English. By ratifying the London Agreement, Hungary made a significant gesture towards the owners of European patents, greatly reducing the cost of obtaining exclusive rights in the country. However, ratification was not to the advantage of innovative Hungarian small to medium-sized enterprises, universities and research institutes, as these entities usually file in Hungary first, thus making the Hungarian translations of their applications immediately available. The London Agreement caused severe difficulties for entities seeking to comply with the law and acquire reliable freedom to operate information, since the specifications of granted and validated European patents – which constitute most patents valid in Hungary – were available in foreign languages only. Further, the London Agreement increased the risk of patent infringement penalties for firms that lack sufficient language skills.

Considering the above, Hungarian IP professionals generally believe that signing the London Agreement (as the only member of the Visegrád Group to do so) was unjustified; it was further established that joining negatively affected the Hungarian economy.

Now, with adoption of the unitary patent regime around the corner, more concerns are being voiced by Hungarian companies and IP professionals.

In the opinion of the Hungarian IP professional community, adopting the unitary patent regime would result in an unparalleled waiver of Hungary’s sovereignty. In IP legal disputes, Hungarian natural and legal persons – which are usually defendants, in practice – would typically be obliged to defend themselves neither in their own language nor in their home country. Plans existed to set up a regional division of the Unified Patent Court (UPC) in Budapest, covering Croatia and Hungary. However, based on recent developments, Croatia may be unwilling to adopt the unitary patent regime and these plans may well fail. Besides, a regional IP office would cover first-instance decisions only; second-instance procedures will be conducted in Luxembourg only, while direct revocation actions (ie, nullity proceedings not initiated as a defence against an infringement claim) can be commenced only in Paris, Munich or London.

Hungary’s ratification of the UPC Agreement would essentially allow the owners of European patents to obtain patent protection covering its territory at no cost. This could result in an influx of patents which could easily impede the activities of domestic companies.

Importantly, although a significant increase in the number of patents valid in Hungary is forecast (due to the great number of European patents that will automatically extend to its territory), filing activity of Hungarian applicants is not expected to increase – despite the fact that the unitary patent regime provides exclusive rights for a larger territory at a relatively more reasonable price.

Another issue is the relatively high costs connected with the system. While the average cost of an infringement proceeding in Hungary is about €20,000 to €30,000, the same costs approximately €150,000 in western Europe (excluding the costs of additional interim injunctions, revocation and appeal proceedings) – not to mention the extremely high costs in the United Kingdom, which amount to at least £350,000. Since the corresponding costs of the UPC system will most probably exceed these, a Hungarian party to patent litigation will face heavy costs compared to the present situation.

Since the Hungarian government made it clear from the beginning that rejection of the unitary patent regime is no longer an option (ie, in light of the existence of the UPC Training Centre in Budapest), and considering the facts outlined above, certain Hungarian IP organisations have presented a number of suggestions to the competent government agencies, at the same time providing the background information necessary to facilitate accession to the unitary patent regime under the most advantageous conditions possible.

These suggestions are divided into essential and recommended conditions for adoption of the regime. The essential conditions include:

In respect of the last condition, the IP organisations drew the government’s attention to the fact that at present, approximately 5% of the 60,000 to 70,000 European patents granted annually are valid in Hungary; considering that the number of valid Hungarian patents stood at approximately 19,000 in 2013, the number of patents valid in the country could well quadruple in the first year following adoption.

The recommended conditions include setting up a regional division of the UPC in Hungary and postponing adoption of the regime by at least one year in order to gather data on how the system functions and its impact on the economies of participating countries.

Timing is everything, and a slim hope of winning a ‘grace period’ seems to have arisen in light of the UK referendum on EU membership. If the House of Lords approves the legislation, the referendum is expected to take place before the end of 2017. Of further interest is that, according to certain ad hoc legal advisers to the UK government in connection with the UPC Agreement, the treaty – which as it stands is a “political compromise” and is “not perfect” – is unlikely to be ratified before the referendum. Further, according to recent reports, speedy ratification of the UPC Agreement cannot be expected in Slovakia or the Czech Republic either.

Implementation of the UPC and unitary patent regime requires ratification of the UPC Agreement by 13 member states, including Germany, France and the United Kingdom. So far, seven nations have ratified it, including France. The most recent approval came from Portugual, which ratified in August 2015.

The Hungarian government initially aimed for swift ratification. However, following in-depth analysis and extensive arguments presented by various professional IP organisations, the march towards ratification seems to have slowed, providing another chance to optimise the conditions of accession. 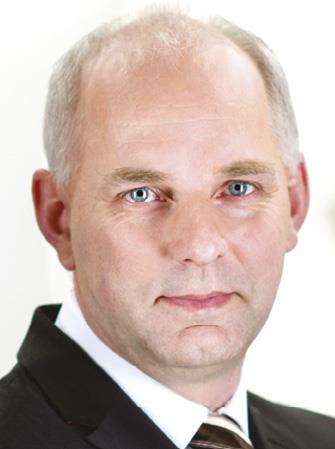 Zsolt Szentpéteri is the newly elected managing partner of SBGK Patent Attorneys. In 1997 he graduated as a chemical engineer (MSc) from the Technical University of Budapest. He is a qualified Hungarian and European patent attorney and a member of the Hungarian Chamber of Patent Attorneys, the International Association for the Protection of Intellectual Property and the International Federation of Intellectual Property Attorneys. His practice covers patent prosecution and validation, litigation and technology transfer. Mr Szentpéteri has substantial experience in inorganic and organic chemistry, polymer chemistry, food chemistry and pharmaceutical chemistry, as well as biotechnology.