Venezuela is a signatory to various international agreements, including the Paris Convention for the Protection of Industrial Property, the Hague Convention, the Agreement on Trade-Related Aspects of Intellectual Property Rights (TRIPs) and the Convention Establishing the World Intellectual Property Organisation. The valid IP law in Venezuela is the Industrial Property Act 1955, which became effective in September 2008 following the country’s 2006 withdrawal from the Andean Community. However, several proceedings filed before the Supreme Court have challenged the constitutionality of the 1955 act.

The act introduced various changes to the trademark regime, including the following:

Further, the act provides for the following types of patent:

A patent which has expired for failure to pay an annuity may be reinstated only once, provided that the owner asks the Autonomous Service of Intellectual Property (SAPI) for reinstatement within three months of expiry.

Since Venezuela joined Mercosur, there has been much expectation regarding the impact that this initiative may have on IP issues. This has encouraged the government to develop and adopt norms in line with Mercosur regulations, such as Mercosur Resolution 8/95 on the Harmonisation Protocol for Mercosur Regulations Regarding Intellectual Property in Relation to Geographical Indications and Designations of Origin.

In order to develop IP rights protection in the region in light of member states’ national regulations, while observing international agreements such as the Paris Convention and TRIPs, the Harmonisation Protocol was developed. The protocol provides as follows:

Even though the Industrial Property Act 1955 contains a local classification system for products and services, the protocol establishes that member states will adopt the necessary measures in order to comply with the Nice Agreement Concerning the International Classification of Goods and Services for Purposes of the Registration of Trademarks. At present, Venezuela applies the dual system.

Member states may grant protection to plant varieties and other plant-related innovations through patents, an individual or idiosyncratic system or a system comprising a combination of both.

Article 24 of the protocol requires member states to make their best efforts in order to conclude, as soon as possible, international agreements regarding invention patents, utility models, industrial designs and copyright and other IP rights issues. This should invigorate the SAPI management system.

A new and updated draft IP law is expected to be presented to Congress for discussion and approval in the near future.

From a practical viewpoint, owners should maintain their presence in the market since it will allow them to strengthen their position in relation to competitors.

A new law affecting applicants for IP rights and their agents was enacted on November 28 2014 and put into force by SAPI on May 15 2015. The new Tax Stamp Law has increased the stamp tax payable on IP registrations and certain other actions before SAPI. It further provides that all foreign applicants must pay the official fee in US dollars and that such payment must be effected by bank transfer from a foreign bank account.

The Venezuelan Association of Intellectual Property Agents has filed a nullity petition against the Stamp Tax Law before the Constitutional Chamber of the Supreme Court of Justice, based on constitutional grounds and breach of numerous international treaties. The appeal has been admitted by the chamber and a favourable decision is expected.

However, in the meantime, the new regime applies to the following actions:

SAPI is updating its registration system in order to improve the efficiency of its procedures and allow for online trademark and patent filing.

The first phase of the updating process was initiated on August 1 2015. FM02 forms for trademark applications can now be completed digitally and filed via the SAPI website (www.sapi.gob.ve).

For now, the online filing of FM02 forms is a preliminary step: application numbers are issued following payment of the filing fee and further submission of payment evidence to SAPI. However, this new step has eliminated the need to purchase printed forms.

The new procedures indicate that SAPI is seeking to simplify its administrative procedures in order to improve the quality of its services and adapt its operations to future developments.

The new management at SAPI recently implemented an accelerated procedure for the examination of trademark applications that amalgamates formal and substantive examination into a single act.

Further, in news that is generating great anticipation among applicants, SAPI recently published official notices regarding non-use cancellation actions. This suggests an intention by the new management to resolve certain cases which have been pending for many years.

These technological upgrades and improvements to SAPI’s procedures and services clearly indicate its intention to improve IP services in Venezuela.

The courts have heard two cases of interest in recent months.

On October 23 2014 the First Contentious Court of the Supreme Court issued a decision in the nullity suit filed by Industria Lactea Venezolana CA (Indulac) against the potential registration of Pascual Andina’s trademarks MIGURT, MYGURT and MIGURCITO. The court ruled that in this case no violation of the prohibitions in the Industrial Property Law took place because the disputed marks were in no way graphically or phonetically similar to the claimant’s trademark FRIGURT.

The claimant argued for the similarity of the suffix ‘gurt’ among the trademarks in conflict.

In its decision, the court outlined its analysis of the registrability prohibitions contained in the Industrial Property Law and determined that the term ‘gurt’ could not be used to claim similarity, given that the term was in common use in Venezuela to identify marks in Class 29 of the Nice Classification (especially for yoghurts). Therefore, the element ‘gurt’ could not be the predominant basis for determining whether the marks should be refused registration on grounds of confusion.

Further, the decision also stated that terms of common use which are part of a trademark cannot be considered when comparing marks. Therefore, the claimant could not be regarded as the only party authorised to use the term ‘gurt’ to identify products or services.

Once ‘gurt’ had been excluded from the analysis, the court limited its decision to the rest of the components of the contested marks and held that no phonetic similarity existed among them. It ruled that the contested marks’ distinctive prefixes – ‘mi’ and ‘my’ – had no phonetic similarity to the prefix ‘fri’. It further ruled that whether the marks also covered goods in Class 29 was irrelevant. The nullity suit was thus dismissed (http://jca.tsj.gob.ve/DECISIONES/2014/OCTUBRE/1477-23-AP42-G-2013-000196-2014-1525.HTML).

In 2013 S Tous SL filed a nullity suit and a request for preliminary measures against several commercial trademarks registered by QQ Bear Ltd CA for flower designs similar to those commercialised by S Tous SL. At the time of filing of the suit, S Tous SL held no previously registered trademarks for the designs, so the action was mostly based on violation of the company’s copyright in the designs. The first court declared the preliminary measure to be in order and suspended the legal effects of the trademark registrations for the designs in the name of QQ Bear Ltd CA. The final decision in this case is still awaited (http://jca.tsj.gov.ve/DECISIONES/2013/ABRIL/1477-18-AW41-X-2013-000019-2013-0624.HTML). 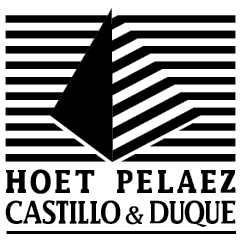 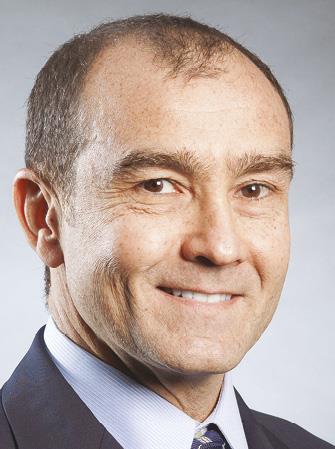 Hugo Bazzani graduated in 1990 from Andrés Bello Catholic University as an industrial engineer, with a major in manufacturing systems. He also has a master’s in marketing from the Universidad Metropolitana (1991). He studied in several prestigious international institutions, including the Franklin Pierce Law Centre, the University of California and Harvard University.

Mr Bazzani has 10 years’ experience at Gillette in Venezuela, Boston and Buenos Aires. He joined Hoet Pelaez Castillo & Duque in 2001, where he has expanded his experience in the patent and trademark fields, gaining both practical and academic experience. He has represented the firm at conferences held by, among others, the American Intellectual Property Law Association, the International Trademark Association and the Asian Patent Attorneys Association.