How patent sellers can maximise their chances of success

Plan from the start

Patent value is based on many factors, such as validity, enforceability, likely infringement, priority date, remaining term, ease of detectability, adoption of the invention, importance of related products, potential size of damages and injunction potential.

File in a timely manner

After the USPTO has issued a patent, the patent owner should:

Each of the above factors affects patent value and must be considered before the patent is used in litigation, licensed or sold.

Use a patent broker

There are many schools of thought regarding patent brokers. Some regard them as valued intermediaries, while others see them as unnecessary. One of the questions that a patent owner should ask is whether it has the tools to maximise the value of its patents successfully. Some patent owners believe that their internal resources are adequate to sell their patents, when in fact, the nuances of such sale and transaction can be complex and are best handled by an experienced intermediary.

Although a patent owner knows (or should know) its patent, a patent broker can help the patent owner to analyse its patent with a broader market view. In order to maximise the sale price of a patent, the patent must be carefully researched (eg, the remaining life of the patent, file history, chain of title, inventor assignments and continuations). Further, while backdated damages may be captured for method claims and apparatus claims (with correct marking), if the patent has limited years remaining, it may not be worth monetising (especially if the patent owner acquired the patent without rights to back damages). In addition, if adverse admissions were made during prosecution of the patent application, the patent broker must determine the degree of harm to the patent value. If detrimental to the patent value, it is possible that the patent broker will reject (ie, decline trying to sell) the patent. In addition, if the chain of title is incomplete (eg, a missing assignment), the patent owner will likely have to fix this issue before the patent broker can move forward with trying to sell the patent. Further, in order to sell a patent, the whole patent family – including all continuations, divisionals and abandoned patents – should be included. Careful attention should be paid to terminal disclaimers. Continuations of the patent can increase the value of a patent since the continuation could allow a potential buyer to draft particular claims to protect a product and/or capture a competitor’s product. If a patent was acquired by the patent owner, the patent owner should have ensured that ownership to all family members (including abandoned patents) was included, along with the rights for backdated damages. Consequently, a patent’s value will depend on many factors.

To the surprise of some patent owners, a patent broker may reject certain patents due to unfavourable case law. For example, it is sometimes difficult to sell software patents that were issued before the America Invents Act and/or Alice Corporation Pty Ltd v CLS Bank International (134 S Ct 2347 (2014)). Alice was argued and is pending decision in the Ninth Circuit (where the district court decision may not stand). In Alice the court held that a group of software patents related to mitigating settlement risk were not drawn to patent-eligible subject matter under 35 USC § 101 because the claims were directed toward a patent-ineligible abstract idea.

Also to the surprise of some patent owners, the patent broker may reject standard-essential patents since the royalty rate in the United States will likely be low. In particular, due to Microsoft Corp v Motorola, Inc (696 F 3d 872, 877–78 (9th Cir 2012)) and In re Innovatio IP Ventures, LLC Patent Litig (MDL 2303, 2013 US Dist LEXIS 144061 (ND Ill October 3 2013)), reasonable and non-discriminatory royalty rates have decreased significantly. Consequently, standard-essential patent values in the United States have decreased accordingly.

In addition, a patent broker will ask the patent owner who holds a licence to the patent, whether through sales agreements, licensing contracts or otherwise. If the patent is heavily licensed and/or was previously advertised for sale by the patent owner or another patent broker, the patent broker may reject the patent since the value has likely been captured through prior licences or the patent has likely been seen by many potential buyers (ie, ‘shopped’ and rejected). The likelihood that a potential buyer will change its position on purchasing is remote unless something substantial has changed within the portfolio since its last review (eg, evidence of use is now provided and/or more patents were added).

If the patent has not been licensed or previously shopped to potential buyers, the patent broker will perform a technical analysis to determine who is using the patent and how much of the market the patent captures. For this analysis, there are many factors to take into account – for example, the Georgia-Pacific factors (see Georgia-Pacific Corp v United States Plywood Corp, 318 F Supp 1116, 1119-20 (SDNY 1970), modified and aff’d, 446 F 2d 295 (2d Cir); Unisplay, SA v American Electronic Sign Co, Inc, 69 F 3d 512, 517 n 7 (Fed Cir 1995)), the importance of the patented technology to a product, revenue of the product, prior licences and non-infringing alternatives. Nevertheless, as a rough gauge, the larger the potential damages (ie, the wider the use of the patent and the larger the market), the more valuable the patent may be. Critical at this point are evidence of use charts. Developing these charts takes a significant investment of time and effort, and sometimes expensive reverse engineering. For example, reverse engineering in the semiconductor technology space can take hundreds or thousands of hours, require particular expertise and depend on very specialised equipment. Most patent owners are unlikely to invest the time or have the expertise and access to the specialised equipment necessary to do this. In fact, few patent brokers have the expertise and specialised equipment to perform reverse engineering in the semiconductor and hardware technology areas. In order to sell a patent and maximise its selling price, the patent broker must clearly document the evidence of use. As a part of this evaluation, the patent broker will determine whether the patent captures the only way to practise the invention or whether there are many ways to practise the invention that have not been captured in the claims. Where claims capture the only way to practise the invention in an active market by a large market share company, the patent valuation will likely increase. Where the claims do not capture all practical ways to practise the invention (ie, there are many practical alternative approaches to practise the invention and a third party can work around the claims), the patent valuation will likely decrease. If the patent captures the only way to practise the invention in an active market by a large market share company, a well-reasoned discounted cash-flow chart will be created in order to show potential patent value. Whether for internal use, executive management or the board, or for a law firm considering a contingency fee arrangement, an accurate picture of the patent’s worth will have to be developed. While a patent broker is likely to have access to certain databases, precedent royalties and past valuations, patent owners are unlikely to have such access without hiring a financial forensics firm (which is expensive). As part of the patent broker service, the patent broker will likely include the evidence of use, discounted cash-flow and analysis charts to support the ultimate value of the patent.

Using a patent broker has the added benefit of circumventing many or all of the above pitfalls and selling the patents at a higher price (since the patent broker’s commission will likely be less than the value realised by the patent owner as a result of using a patent broker). In the end, patent sellers need to remember that their core business is selling products, not selling patents.

Patent sellers can increase their chances of success by planning from the start when an invention disclosure is received and using a patent broker. Planning from the start takes a little more time and money; however, the added benefit of creating valuable patents weighs in favour of spending the added time and money. Using a qualified patent broker with the requisite experience, connections and specialised equipment makes business and financial sense – it is likely a no-cost option that leads to a more successful patent sale. 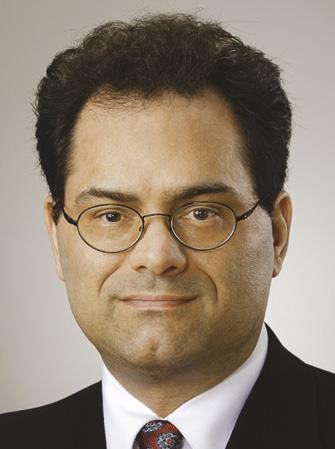 David Cordeiro is vice president, commercial transactions at TechInsights. He holds a BS in electrical engineering from the Rochester Institute of Technology, an MS in electrical engineering from Syracuse University and a JD from Syracuse University. He also attended the City University of Hong Kong, where he specialised in technology licensing to and from China. His current specialties include the strategic monetisation of patent assets and he has led transactions for clients in the United States, Taiwan, Korea and Europe. While Mr Cordeiro has been a lawyer for nearly 20 years, he is also the founder of Unwired Planet, one of the most successful non-practising entities in the United States.