Getting to grips with the UPC ‘patent zoo’

All EU member states will be able to use the proposed common European patent court, the Unified Patent Court (UPC). The UPC will hear infringement and revocation proceedings for European patents that are valid in the territories of the participating states. The UPC’s rulings will then be directly applicable throughout the respective territories. The general idea behind the UPC is to provide clearer, unified regulations for all member states. In essence, it should simplify the complex web of regulations that includes a wide variety of national laws, jurisdictions and interpretations, as well as translations from and into numerous different languages when dealing with cross-border cases. The UPC and the unitary EU patent should reduce translation and litigation costs by simplifying the procedures leading up to the actual proceedings, as well as the proceedings themselves.

However, although the regulatory framework will be simplified by the UPC and the unitary patent, it remains to be seen whether the UPC can also sort out the so-called ‘patent zoo’ phenomenon prevalent in both German and EU patent law. The term ‘patent zoo’ refers to the different ‘animals’ that use patents for financial gain, as some of their actions run contrary to the original intended use of protecting intellectual property.

The four main inhabitants of the patent zoo are patent ‘trolls’, patent ‘smurfs’, non-producing entities (NPEs) and patent ‘squatters’. Patent trolls and patent squatters can cause serious havoc and are detrimental to a thriving IP rights environment, as they can have an adverse effect on the fundamental ideas on which IP rights are based. A transparent and liquid IP market provides both incentives for inventors and research-oriented companies and opportunities for investment, and is thus a big boost for attracting R&D investment. However, these members of the patent zoo could seriously discredit the IP rights environment, causing significant market distortions and inefficient investment.

Patent trolls take advantage of the legal system to make money out of irrelevant patents. They attempt to enforce patent rights against accused infringers that far exceed the actual value of the patent. In some jurisdictions the high costs of litigation, especially for the defendants, are used to put pressure on the defendants, which often prefer to pay a royalty (as part of a settlement) rather than incurring such high costs. Patent trolls merely acquire irrelevant – and sometimes invalid – patents and do not actually manufacture the products or provide the services covered by the respective patents. They are perceived by the public to have only their own dubious interests at heart.

Patent smurfs are the preferred prey of patent trolls. Where patent trolls are cunning and lie in wait for an unsuspecting victim which can be threatened with an array of patents, patent smurfs are the opposite. They can be described as naive, ignorant of what is going on around them and blissfully unaware when it comes to IP rights. Patent smurfs are companies that do not diligently assess and check the IP rights that they are using within the framework of new services or products. In the case of small and medium-sized enterprises, if they are then taken to court by a party filing for injunctive relief, they face losing their entire business model. However, large companies can easily become patent smurfs if, for example, they rely heavily on suppliers and do not generally concern themselves with the issue of IP rights. Often it later emerges that they are using patented products or services without paying royalties.

Like patent trolls, NPEs produce no patented products themselves, but merely hold the respective patents. They are often investors which have acquired the respective patents solely for the purpose of making gains through the patent itself, and not through the products or services for which the patent is intended. Unlike patent trolls, however, NPEs own relevant and valid patents. For obvious reasons, this is quite a subtle difference. Universities are a form of NPE, as they have no capacity or incentive to produce themselves, but will – legitimately – be interested in making money from their respective patents. NPEs can be compared to people who do not build a house, but who buy one and then rent it – a perfectly legitimate business concept.

Patent squatters knowingly produce or use patented products or services and categorically refuse to pay any compensation for using other people’s rights. Like house squatters, they blatantly take advantage of another’s property for their own gain. However, unlike patent smurfs, patent squatters are generally aware of the fact that they are infringing another’s property rights, but have no intention of paying licensing fees or ceasing to illegally make use of the relevant patents. Patent squatters’ infringements can generally be considered malicious, as they have no intention of adhering to patent regulations or rulings. When squatters have been detected and taken to court, they may choose any number of tactics to delay proceedings in order to continue to illegally use the respective product or service. Perhaps the most popular tactic is calling the patent owner a troll. Once a verdict has been issued, they may still continue to use the patent by simply founding another company or shifting the business between legal entities or countries.

Keeping the patent zoo in check

The UPC should provide the means to deal with the patent zoo in a way that will be advantageous to society. Patents are a form of IP right and are granted to inventors or assignees for a limited period in exchange for detailed public disclosure of an invention. They are one of the factors that encourage society to reinvent itself continually. Such innovations ensure economic and technological progress and form the backbone of modern innovation culture. They have implications for a country’s economic strength, which is why it is in the interests of society to protect them as best as possible. However, if patent holders cannot assert their rights and are constantly forced to defend the validity of their patents (in costly and time-consuming proceedings), they may decide to hold back when it comes to the next invention, as the risk of being unable to offset the investment is too high. Basically, if the patent system provides insufficient protection for a party’s investment, patents will no longer be filed and progress will come to a standstill. The success of the entire patent system depends on a patent law system that works and takes into account the original ideas behind patents.

But what fundamental prerequisites are required in order to deal with the challenges posed by the patent zoo? An important requirement is the legal rules that provide the tools through which to handle the respective challenges. This is often seen as the decisive factor; but what is possibly even more important is the human factor. In order to separate the wheat from the chaff, a system requires people – particularly on the bench – who understand and respect the relevance of intellectual property for economic growth and development.

The UPC is well equipped when it comes to legal rules, especially as technical judges will sit on the bench in the courts to provide expert knowledge where it is required.

If the UPC works in accordance with these principles and is populated by experienced practitioners, it will make life difficult for patent trolls. The costs of litigation will generally be manageable and a substantial part of those costs will be borne by the losing side. Further, and more importantly, the human factor will ensure that the results of legal proceedings will be predictable, so that trolls and NPEs find themselves in the right enclosures of the zoo.

When it comes to patent smurfs, the UPC will ensure the appropriate enforcement of injunctive relief, as the patent holder is liable for compensation for a non-final trial court decision in the case of unjustified enforcement. Settlements will be agreed more quickly if the parties can anticipate the results, and that can be the case only with experienced courts. Experience has shown that courts will often take on the role of evaluator or arbitrator, and settlements can be made based on this. Clear and accepted rulings will enhance the quality and speed of proceedings, thus ultimately saving time, money and energy.

Like homeowners, who need not build a house themselves in order to rent it out, NPEs are entitled to all of the IP rights associated with the patents they hold (unlike patent trolls). At the UPC, a patent is a right that is considered to be independent of the holder of the right. NPEs also have an interest in the expertise of the UPC in order to ascertain the quality of the patents which they have acquired. Objective statements by the UPC will provide clarity so that solutions and results on the basis of patents can be achieved quicker.

The UPC will provide not only the possibility of achieving results quickly, but also proven possibilities of enforcement (ie, subpoenas) against patent squatters. In extreme cases this may even lead to the imprisonment of the person or persons involved. These possibilities are not limited to titles, which in themselves may prove to be ineffective, but may also include ways and means that will have a direct effect in the real world, not only on paper. Implementing these means will both provide adequate punishment for perpetrators and act as a warning.

Bringing order to the patent zoo

The patent environment is multifaceted, with players of various shades of grey. Based on the new legal framework, the UPC should be better able to distinguish between the different players and find reasonable solutions. As any legal institution is only as good as those who implement its regulations and make decisions, its impact will largely depend on the quality of the judges and attorneys at the UPC. However, the basic conditions allow the assumption that the quality of its decisions will be as high as those seen in national court proceedings in the past. One of the cornerstones of the UPC is promotion of the fact that good patents are worth protecting for the good of society in general.

Over many years the German system has got to grips with the patent zoo and provided a sound base for IP rights. As many national judges will transfer to the UPC, the new court is expected to provide equally good, if not better results. The sceptical view that some take of the UPC is unfounded, since it will have everything necessary to provide best possible results: a high-quality system implemented by judges and attorneys with decades of experience in the German system, as well as other EU legal systems. This quality will permeate through all UPC venues. Thus, the UPC is based on strong foundations that will bring order to the patent zoo. 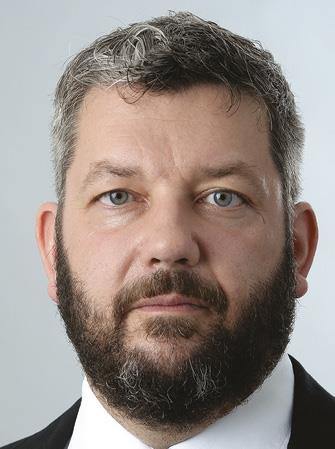 Gottfried Schüll is a prominent and highly renowned patent litigator. He has successfully represented plaintiffs in various high-profile cases for global clients relating to technologies such as MPEG-2, asymmetric digital subscriber line and near field communication, both as lead counsel and as a member of an international legal counsel team. Based on his reputation in litigation matters, he is frequently appointed as an independent court expert by the Dusseldorf Appeals Court as well as an arbitrator.