Recent years have seen an increasing number of truly global patent disputes. However, most patent infringement cases are still litigated in one country only. In some instances, a patentee must limit litigation to one country: it may enjoy patent protection in a limited number of countries or the infringing product may not be distributed in jurisdictions where protection exists. In this case, the plaintiff has no option to litigate on an international scale, but must restrict its actions to those countries where patent protection exists and the product is actually offered for sale.

This chapter explores some of the key issues to consider when devising an international patent litigation strategy, in order to avoid the pitfalls described above and manage litigation effectively.

An international patent litigation strategy comes into play only when the most crucial prerequisite is met: the existence of parallel patents in various countries (ie, a global patent portfolio). This means that one invention is protected in various countries. Only in those countries can a patentee contemplate litigation against an infringer, because patents are valid only for a specific jurisdiction. However, given that patents are expensive, patentees should carefully select the countries in which protection is sought. In many instances, patents are registered in only a limited number of countries: often the United States, Japan, some European countries (usually Germany, France and the United Kingdom) and – recently – China.

Any party devising an international patent strategy should carefully review its parallel patents. As patents are granted by different patent offices (eg, the US Patent and Trademark Office and the European Patent Office), claims may be amended during prosecution and opposition, meaning that the level of protection may vary significantly from country to country. For example, a US patent may be a powerful weapon against a competitor’s product in the United States, whereas its European counterpart may be worded differently and therefore offer no protection against the same product in Europe. Such cases are not the exception, but the rule. In effect, this means that even in scenarios where parallel patents exist, a number of them may not be of use, because they are clearly not infringed and relying on them in litigation would harm more than benefit.

A review of the patent portfolio goes hand in hand with an economic analysis, as follows.

The starting point is usually to determine the harm done to the patentee’s business by allegedly infringing products. From a legal perspective, this involves a reliable analysis of which products may potentially infringe and their share of the relevant markets.

Important factors when selecting courts include their IP experience and patent friendliness. In the European Union, for example, approximately 2,000 new patent infringement cases were filed in 2011. More than half of them (1,250) were filed in Germany, 280 in France, 260 in Italy and significantly fewer in the United Kingdom and the Netherlands. This is not to say that the courts in countries with smaller filing numbers necessarily have less experience or a poorer reputation; however, a patentee which can freely choose jurisdiction will file suit in a country which is known to have high patentee win rates. For example, the Dusseldorf District Court’s patentee win rate for 2006 to 2009 was approximately 63%, as compared to only 23% in the Netherlands. If a jurisdiction is seen as patent friendly, it attracts patentees.

A patentee also needs to know what remedies are available for litigation in the various jurisdictions. Two factors play a major role: the availability of an injunction and the damages awarded for past infringements. Patent laws around the world differ significantly regarding injunctions. For example, injunctions are not readily available in cases of infringement in the United States, while German judges will grant an injunction if a patent is infringed without exception. However, even if an injunction is rendered, it may need to be executed against payment of some kind of security in order to become effective. Due to its impact on the economic analysis, all of this must be researched before a complaint is filed.

A patentee may also consider ancillary remedies, such as the destruction of infringing products or their removal from the channels of trade.

Regarding damages, there are also notable differences between the patent laws in various countries. In the United States, damages may be tripled in some instances, whereas courts in Europe are rather restrictive and do not award triple damages. In general, the US legal system has more elaborate case law regarding the calculation of damages than can be found in Europe.

The duration of litigation is also an important economic factor. After all, the patentee’s goal is to litigate against an infringer not only successfully, but also quickly. This requires an analysis of the workload of the relevant courts. In most countries, one may determine fairly accurately how long it will take a court to render its decision. However, even within a single country, significant differences exist – some courts are slow, while others are known as ‘rocket dockets’. In exceptional cases, a patentee may even opt for a slow court, thus enhancing the chance of settling during litigation.

The economic analysis must include the costs and fees incurred, and the extent to which a successful party may obtain reimbursement.

Litigation is expensive, irrespective of the jurisdiction. Of course, there are differences: the United States and the United Kingdom are widely regarded as the most expensive countries for patent litigation, whereas Germany is notably inexpensive. Attorneys’ fees are an important factor when determining whether litigation makes sense. In some cases litigation clearly does not make sense and the patentee will look for cheaper means to settle a dispute (eg, alternative dispute resolution or mediation).

In most cases, attorneys’ fees exceed the initial estimate. This is usually because of the difficulty of realistically predicting the complexity of a case (and the corresponding amount of time spent) before litigation commences. There are simply too many uncertainties that may emerge: weaknesses in the patent that become apparent only after careful analysis; counter-attacks initiated by the defendant; the complexity of discovery; difficulties in analysing the alleged infringing product; and difficulties in obtaining expert opinions. Patent litigation is an adventure and the costs may turn out to be higher than anticipated. Therefore, a hands-on approach to costs is important for any party in a patent infringement case. This is especially true if more than one law firm is involved and is always the case in international infringement scenarios.

Given the cost of lawyers’ fees, a patentee also needs to know to what extent – if at all – it may obtain reimbursement if it succeeds in litigation. In some countries (eg, Germany), this is provided for by statute and a claim for reimbursement is rendered automatically by the courts. The US legal system is more restrictive, but has recently started favouring the reimbursement of legal fees for the winning party. In most cases the specific amount that is reimbursable is lower than what the patentee actually pays to litigate the case. However, it may be a significant amount and thus should find its way into the economic analysis.

Successful litigation on an international scale requires organisation. It makes no sense to have patent attorneys and litigators in – for example – China, the United States and Germany working in parallel without any exchange of strategy and ideas. On the other hand, any such exchange takes time and money. Therefore, it is essential to establish effective case management guidelines – that is, fixed rules on how the litigation should be handled.

In most cases litigation management is kept in-house, meaning that the patentee’s in-house counsel serve as the primary contact point for all litigation teams worldwide. Often, in-house teams are formed. In some cases in-house counsel take a back seat – indeed, it is not always necessary to get involved in detail. However, when resources and skills within the company could support the litigation, in-house teams often have a greater role to play. For instance, the R&D department may help to identify potential expert witnesses, production managers may provide valuable information and sales managers may add input regarding products.

Steering litigation teams in various countries is difficult. Depending on the degree of freedom given to the individual litigation teams, any step taken may be subject to audit or review by the in-house team. In effect, this may necessitate the translation of every submission into the patentee’s language, teleconferences about strategy and a critical review of deadlines and open issues – all of which are extremely important.

Coordinating the various litigation teams is even more challenging. At a minimum, the in-house team must ensure that no contradictory statements are made in the different countries involved. This may be done through a careful review of the briefs to be filed or through regular teleconferences. However, that is the minimum requirement; far better is active case management that looks out for opportunities to deploy the results from various jurisdictions. For example, an analysis of an allegedly infringing product may be carried out by one firm in one country and then used in other countries; one firm might find an expert witness who may then provide a written opinion in various courts; requests for an assessment of the R&D department may be handled centrally through the in-house team. By taking a more proactive approach, costs may be reduced significantly.

Devising an international patent litigation strategy remains a challenge. However, when taking into account the considerations described above, this can be a manageable project that is truly rewarding for apatentee. 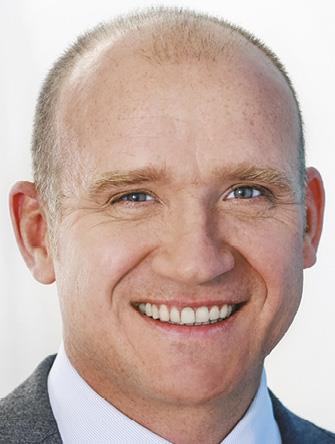 Bernd Allekotte has handled numerous patent infringement disputes for domestic and foreign clients. The focus of his work is primarily on telecommunications and life sciences patents. Dr Allekotte also has extensive knowledge of IP-related EU and German antitrust issues. Over the past few years, he and his team have often been involved in complex cross-border cases, in particular regarding standard-essential patents in the telecommunications area.