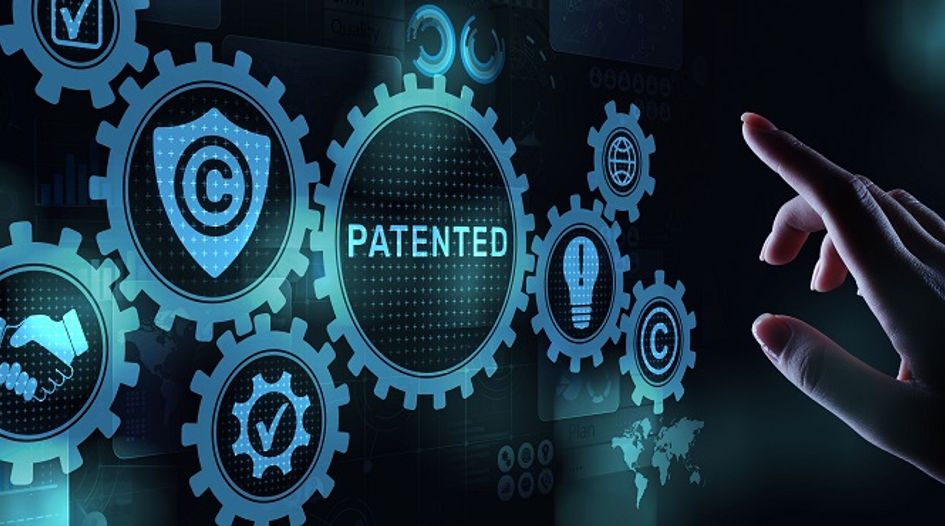 The European Patent Convention (EPC) is the statute under which the EPO operates to determine the grant of European patents. The EPC defines that European patents shall be granted in all fields of technology but excludes a specific list of the subject matters considered inventions, which includes, inter alia, mathematical methods, methods for doing business and programs for computers. These exceptions from patentability have been described as relating to activities that do not aim for any direct technical result but are rather of an abstract and intellectual character. The exceptions from patentability are, however, limited in scope in that they only relate to “such subject-matter or activities as such”.

As can be noted from the above references to technology and technical results, technical character is a requirement of an invention under the EPC, which was previously only implicitly required but which is now explicitly mentioned in Article 52 (1) EPC. To determine the patentability of an invention, particularly one that may relate to computer software, the EPO applies a two-hurdle approach. The first hurdle is to assess whether a claim relates to a non-invention falling within one or more of the excluded subject matters. The second hurdle involves consideration of whether the remaining requirements for a patentable invention are met, particularly that the invention is novel and has an inventive step. Thus, only the claimed subject matter with a technical character can be considered an invention, and to be a patentable invention it must also be novel and have an inventive step.

Here we see a parallel with US patent practice, in which there are also two patent eligibility hurdles to overcome, known as the Alice test. Here, the first hurdle is a test of whether the claimed invention involves a patent-ineligible concept. A patent-ineligible concept is one considered an “abstract idea”, as determined by the US Supreme Court. If so, to then avoid rejection, there must be some elements of the claim relating to an inventive concept sufficient to transform the abstract idea into one relating to a patent-eligible invention. The inventive concept must be more than a recitation of a well-understood, routine, conventional activity. On the face of it, therefore, merely reciting in a claim generic computer features or activities such as ‘processing’ and ‘receiving’ will not be sufficient to transform the claim from one that is considered abstract to patent-eligible subject matter. In comparison to the EPO’s two tests, the first difference between the EPO and US practices is that, under EPO practice, it is considered whether the claim as a whole avoids the exclusion of computer software as such, whereas at the United States Patent and Trademark Office (USPTO), it is assessed whether the claimed invention is patent ineligible. However, the second tests under both systems have more in common as both are looking for matter that is more than routine. According to our understanding, the test for eligibility under US practice is separate from the considerations of novelty and inventive step, although some cases recognise some overlap between these requirements; whereas under EPO practice, an inventive step over the prior art is only provided by matter with technical character.

The first hurdle to overcome before the EPO is also a form of eligibility test but with a relatively low bar, only excluding subject matter that is entirely devoid of any technical character. A claim that includes any technical means is said to clear the first hurdle to be considered an invention. This test is often referred to as the ‘any hardware’ or ‘any technical means’ approach. This determination is made without reference to the prior art. Therefore, a first step to considering whether a claim is likely to be patentable before the EPO is to assess whether the claim refers to a technical entity, particularly hardware. In practice, it can often be surprising how many, particularly method, claims can be found at the initial prosecution stage that, on close inspection, do not refer to any hardware. One relatively easy way of ensuring that the first hurdle is cleared can be to recite a computer-implemented method. In other words, if any hardware such as a computer, storage or microprocessor is mentioned in the claim, then it will pass the first hurdle.

The EPO has developed a special process for assessing inventive step, which is referred to as the problem-solution approach. The problem-solution approach was modified by the EPO for assessing ‘computer-implemented inventions’ (CIIs), which is the term used by the EPO for inventions that are usually realised through software and that are colloquially called ‘software patents’.

Under the modified problem-solution approach, features of the claim under examination are assessed as to whether they contribute to the solution of a technical problem. Only features of the claimed invention that provide such a technical contribution are considered. In some ‘mixed-type’ inventions, being a mix of technical and non-technical claim elements, non-technical features can be considered, such as pure software steps, but only if they contribute to the formulation of the technical problem solved by the invention.

During its existence, the EPO has twice reviewed its case law relating to CIIs in the form of decisions of its Enlarged Board of Appeal. The first decision (G 03/08) from 2010 contains an overview of previous case law on CIIs, which confirmed the two-hurdle test and did not make any changes to the EPO’s approach going forward.

The term ‘technology’ is not clearly defined in either the EPC or case law. Rather, the definition of ‘technology’ is left open so as not to exclude future technical developments from being patented. However, one can guided by what is not technical, which is excluded from patenting under the EPC (eg, mathematical methods, methods for doing business and computer programs).

This is a relatively simple example that clearly shows the difference between a pure mathematical method and technical subject matter relating to a mathematical method. However, there are also cases where it is much more difficult to determine whether this matter is technical in regard to European patent practice.

In its more recent decision, the Enlarged Board of Appeal clarified the protection of computer-assisted simulations to the effect that:

What does this mean for the 1/f noise example? The parallel US patent (US 6,795,840 B1) was granted with a claim very similar to the claim of the corresponding European patent. However, the limitation to electrical circuits is missing from the US claim. Here, a “computer programmed to process a method of determining sequences of random numbers of a 1/f noise . . .” was patented. The description of the US patent also states that the simulation of the 1/f noise can also be used to predict "events on the financial markets”.

According to the case law of the EPO, the US claim would likely be considered a purely mathematical method and a business method as such, both of which are excluded from patentability in Europe.

Although this example concerns one claim that is likely to be unallowable before the EPO as not being technical over the claim’s entire scope, following the Enlarged Board of Appeal’s decision, we expect that more objections will be raised by the EPO against non-technical claims over part of their scope. As a result, applicants will need to reduce the scope of their claimed protection during prosecution such that only technical embodiments are covered by the claim.

Recent case law in the United States, however, increasingly states that the software in question must improve “computer functionality” (ie, improve computing speeds or reduce the amount of computing resources required) or perform computing tasks in an unconventional way. This is similar to the requirement that an invention must be technical. We have the impression that, at least historically, the patenting practice of software patents in the United States is somewhat more generous than at the EPO, but it is not as clear when software is patent-eligible. The distinction between technical and non-technical inventions at the EPO seems to be better defined and, thus, clearer, which provides applicants with more certainty prior to application.

The patentability of AI before the EPO continues to evolve, and the EPO has provided helpful guidance on this subject in the 2022 update to the Guidelines for Examination. To assist applicants in this area, an example has been introduced to the Guidelines relating to the patentability of a spray coating system that is novel by virtue of including a neuro-fuzzy controller using a neural network and fuzzy logic rules. It is discussed that computational models and algorithms are in themselves mathematical methods and are thus not considered technical for the assessment of inventive step. However, as the controller is used to adjust the parameters of a technical process in the form of a coating process, the neuro-fuzzy controller contributes to the technical character of the invention and, thus, can be considered in the assessment of inventive step.

Recently the EPO, along with other patent offices, considered the issue of whether an AI system can be an inventor in respect of a patent application. The applicant, Steven Thaler, filed a patent application for a food container that had apparently been devised by an AI system named DABUS, which was consequently named as the inventor. The European application was subsequently refused on the grounds that the EPC required an inventor to be a natural person. This requirement was confirmed by a Board of Appeal. However, the EPO indicated its potential openness to patenting inventions derived by AI technology by indicating that the owner of a device may be designated as the inventor under the EPC, which shows some consistency with the equivalent decision before the UK Court.