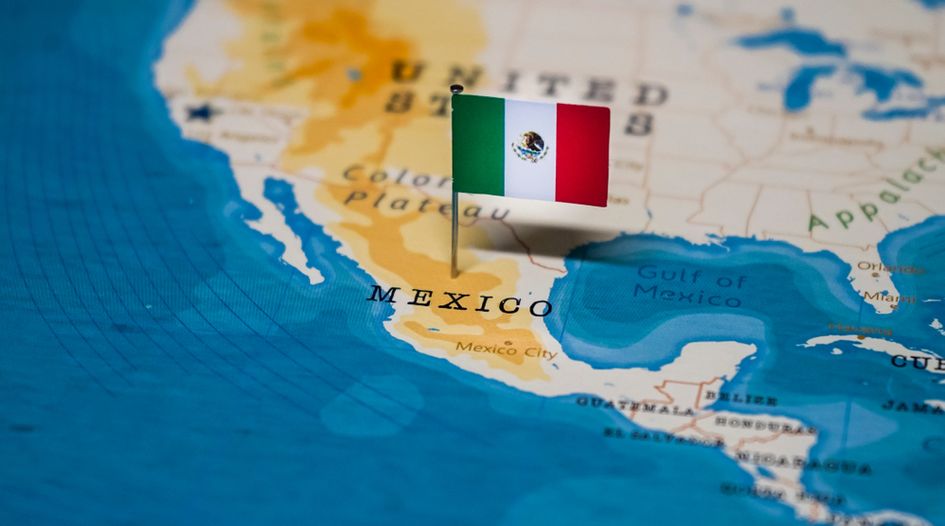 There are patents and utility models.

Patents have a 20-year term while utility models have a 15-year term, both counted from the filing date of the application.

The exclusive right of exploitation of the patented invention confers the following prerogatives on its owner:

Inventions in all fields of technology are patentable when having the following characteristics:

Exemptions include inventions whose commercial exploitation is contrary to the public order or contravenes legal provisions, particularly (Article 49 Federal Law on IP Protection):

The above will not affect the patentability of inventions whose object is:

Article 47 of the Federal Law on IP Protection establishes the following non-patentable technology:

Artificial intelligence cannot be considered as patentable as it is an abstract concept technology. However, when implemented in a process or real-life product constituting new features, this product or process may be patented before the Mexican Institute of Industrial Property (MIIP).

Q: What are the time and costs involved in securing a granted patent? Is expedited examination available? Are reduced fees available for certain applicants?

The average time to obtain a patent is three to five years from the national filing date. However, costs might vary depending on, among other things:

As an exercise, considering a medium-sized patent application with an average number of office actions, including the final fees and the first five annuities when granted, costs could be around $8,000 to $10,000. It must be considered that the MIIP allows a 50% discount for independent inventors, micro or small industry and educational institutions.

Additionally, the MIIP has an accelerated patent procedure, which aims to speed up the substantive examination of patent applications.

The patent specification must:

On the other hand, the specification should:

Divisional applications must be submitted with the patent specification, claims and drawings, avoiding:

In this respect, the new Federal Law on IP Protection modified its criteria when submitting voluntary divisional applications derived from prior divisional applications, in which case, they will not be accepted by the MIIP unless an explicit requirement to divide the subject matter is issued by means of a substantial examination office action.

The concept of ‘continuations-in-part’ does not exist in Mexico as it comprises additional subject matter to that filed originally with the main application. Provisional applications or any other type of different patent application are not contemplated.

If, during substantive examination, the examiner notices any impediment for granting the patent, the MIIP may require the applicant within two months (extendible by a further two months) to file information and documentation and/or modify what is deemed appropriate. Likewise, the examiner might issue up to four office actions before the issuance of the final rejection or notice of allowance.

Regarding the examiner interviews, since the covid-19 pandemic crisis started, the MIIP has not accepted interviews with examiners.

Regarding the MIIP criteria in respect to acceptance of divisional applications derived from another divisional application, they have not been rejected initially in the formality examination as they are currently handled under the criteria of the substantive examiners, who will have to analyse each case. Negotiation is ongoing, and it is anticipated that a new practice will be put in place.

In recent years, patent applications have been increasingly prosecuted online, and applicants should consider that once a patent application is filed online, it must be processed under the same system, meaning that it will not be possible to migrate to a different one. Furthermore, although there has been migration to an e-filing system, all signatures for the provided documents must be autograph signatures, as DocuSign is not accepted by the MIIP.

Utility model protection is available in Mexico. This type of protection, based on the Federal Law on IP Protection, establishes that new and industrially applicable models will be registrable. It also considers objects, utensils, devices and tools to be included in utility patents that, as a result of modifications in their arrangement, configuration, structure or shape, present a different function with respect to integrating parts or advantages for their use.

Also, the applicant may transform a patent application into a utility model registration and vice versa, when it is inferred from the content of the application that it does not fulfil what is requested of it.

Utility model registration is advisable when what the applicant intends to protect is a modification to an existing device or tool to improve performance.

If the patent authority issues an act or resolution putting an end to a process or instance, the applicant may file a motion of review before the authority within 15 working days, which will be resolved by its hierarchical superior.

The motion of review is the right procedural moment to offer further evidence and to suspend the execution of the challenged act when expressly requested by the appellant, on the assumption that it is admitted by the respective authority.

If the hierarchical superior issues a final resolution but the appellant does not agree, the corresponding annulment action may be filed before the IP Chamber of the Federal Court of Administrative Justice within 30 business days, and it may be resolved by recognising the validity of the challenged act or by declaring the nullity of the resolution.

Q: Are oppositions available pre-grant or post-grant? What rules govern standing to oppose a patent and the opposition process?

Mexican patent legislation does not establish oppositions. However, the MIIP may receive information from third parties regarding whether an application complies with the patentability requirements for its potential grant. Such information must be submitted within two months counted from the application’s publication in the Official Gazette; in this case, the Patent Office may consider such information as technical support documentation for the substantive examination process.

This mechanism cannot be considered an opposition process, as the law eliminates the quality of interested party to whoever submits the information, and the MIIP is not obliged to decide on the scope of the informant’s request.

Mexican patent legislation does not provide for re-examination. Once a patent is denied, it cannot be re-examined.

The process for revoking a patent is to file a declaration of nullity.

This declaration can be requested by a third party or by the MIIP ex officio, at any time after the patent publication of the patent in the Official Gazette.

According to Article 154 of the Federal Law on IP Protection, it must be based on one of the following grounds:

Considering that the Mexican patent legislation does not establish an opposition process with respect to patents, and the submission of third-party observations does not oblige the MIIP to rule on its scope, there would be no resolution to appeal.

Administrative enforcement of patents is possible through an administrative declaration of infringement, which may be enforced by the MIIP ex officio, or at the request of whoever has and proves legal interest (Article 329, Federal Law on IP Protection).

The MIIP will carry out an analysis, eliminating violations to the patentee’s rights (Article 344, Federal Law on IP Protection) by enforcing:

As a result, involved traders or suppliers will be obliged to refrain from selling the infringing assets as of the date on which they are notified of the administrative resolution, as well as producers, manufacturers, importers and distributors, who will be responsible for immediately recovering the products placed on the market.

Patent-term extensions are not allowed in Mexico. However, the patent owner may request a one-time supplementary certificate of a maximum of five years to adjust the patent term when there are unreasonable delays directly attributable to the MIIP, resulting in the unnecessary extension of the patent procedure for more than five years.

Accordingly, a request must be filed independently when complying with the patent issuance fee, and any application filed after that time will be considered extemporaneous and dismissed outright.