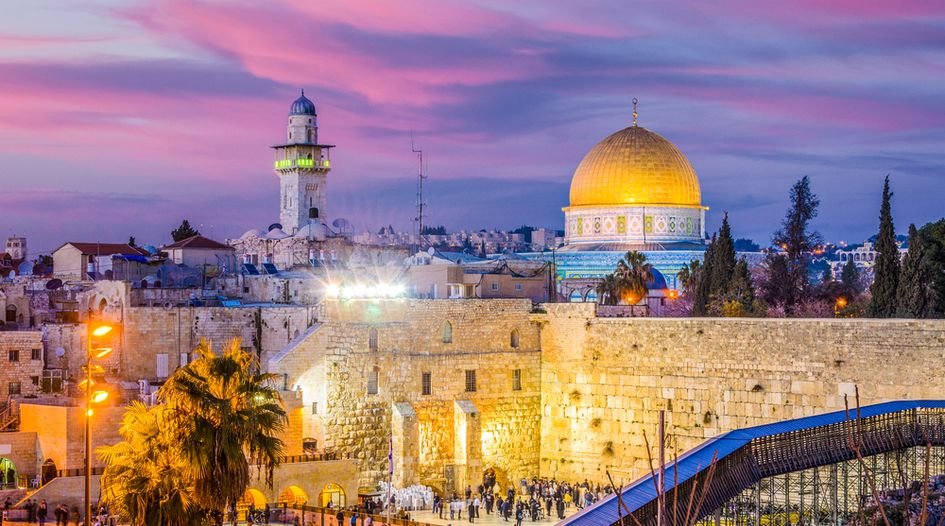 In Israel, it is only possible to obtain utility patents.

The Patents Law provides that for an invention to be patentable – be it a product or a process, in any technology field – it must be novel and useful, have industrial application and involve an inventive step.

The following are excluded by the Patents Law:

The Patents Law excludes from patent eligibility procedures for therapeutic treatments for the human body and new varieties of plants and animals, except microbiological organisms not derived from nature.

Q: What are the time and costs involved in securing a granted patent?

According to the IPO’s 2022 fee schedule, the following costs are involved in securing a granted patent:

Expedited examination is available in Israel. There are five different available routes:

Acceleration under Section 19(a)

A petition for accelerated examination may be filed at the IPO in accordance with Section 19(a) of the Patents Law based on the following:

If the registrar is satisfied that the petition is well grounded, the examination of the application will commence as soon as possible after the filing of the petition, subject to the payment of the prescribed fee.

A request for an accelerated examination under the patent prosecution highway programme may be filed with the IPO before substantive examination commences.

Applications that relate to green technologies can be given a preferential status. Therefore, if the invention contributes to the environment by, for example, preventing global warming or decreasing contamination of air or water, the applicant may apply for preferential status that will lead to a special, expedited examination route.

Modified examination under Section 17(c) of the Patents Law can be based on a corresponding patent that has been granted in one of the following jurisdictions:

Early response to the international search report of written opinion

An applicant may accelerate examination by filing a response to the international search report, written opinion or international preliminary examination report, as long as it is done before the issuance of the standard official notification prior to examination.

A 40% small-entity discount on the official filing fee and on the acceptance fee are available to individuals and to companies and partnerships with a turnover of under NIS10 million in the preceding year.

The small-entity discount is not available for a national phase of a Patent Cooperation Treaty application or for patent applications filed under the Paris Convention.

The patent specification should include:

Where amino acid or nucleic acid sequences are recited in the specification, a list of the sequences should be submitted in a computer-readable form (XML file).

A response to an official notification should be filed within four months of the date of issue of the notification. An applicant is entitled to request up to a four-month extension for each round of examination. The extensions available for the entire process of examination are limited to 12 months.

The IPO issued the Patent Examination Working Guidelines, including guidelines relating to the examination of antibodies, polymorphs, overlap and computer-related inventions.

Claims to antibodies should include, among other things, any one of the following:

A claim defining an antibody by its properties and not by its structure is considered a functional claim and would therefore be examined in accordance with Section 13(b) of the Patents Law.

The guidelines define, among other things, unity, novelty, inventive step and claims requirements.

With respect to the claims, it is important to highlight the requirement to characterise the polymorph by a specific number of peaks that precisely and unambiguously characterise the crystalline form (typically requiring 10 peaks having the highest intensity).

In the first scenario, an overlap objection will be raised in the following cases:

In the second scenario, an overlap objection will be raised in the following cases:

Discovery, scientific theories, mathematical formulas, rules for playing games and mental acts, as such, as well as business methods per se, will be considered abstract ideas or processes that are devoid of technical character, irrespective of whether they are performed manually or by a computer.

Minimal requirements include the name of the applicant, specification (in Hebrew, Arabic or English, although if filed in Arabic, the IPO will obtain a translation) ending with at least one claim, address for service in Israel and payment of the prescribed fee.

Missing documents such as a power of attorney, a copy of the priority document and a translation, among other things, can be completed after filing.

No, there is no utility model or petty patent protection in Israel.

Israel has a pre-grant opposition procedure.

Q: What rules govern standing to oppose a patent and the opposition process?

The Patents Law provides that any person may, within three months of the date of the publication of acceptance of the application, oppose the grant of the patent by filing a written notice to the registrar of patents along with the prescribed fees.

The grounds for opposition can include any one of the following:

There is no formal procedure of re-examination after grant. Re-examination may occur if applicant requests amendment of the granted patent, or if an application for revocation of the patent is filed by a third party.

An applicant may request cancellation of a patent in its name. If granted, a third party may oppose the cancellation.

Any person other than the patentee may apply for revocation or cancellation of the patent.

Decisions may be appealed to the court.

The Patents Law deals with the state’s right to exploit inventions.

Section 104 prescribes that the minister may permit the exploitation of an invention by government departments or by an enterprise or agency of the state, whether a patent for it has already been granted or has already been applied for, if he or she finds that that is necessary in the interests of national security or of the maintenance of essential supplies and services.

Further, Section 105 prescribes that the minister may, if he or she finds that it is necessary for the purposes enumerated in Section 104, grant a permit to a person who operates under contract with the state, to ensure or facilitate the implementation of that contract and for the requirements of the state only.

Yes. A patent for a pharmaceutical (substance) product or a medical device that requires marketing authorisation may be eligible for a patent term extension if it includes claims directed to any of the following:

The IPO issued the Patent Examination Working Guidelines with the following appendices: