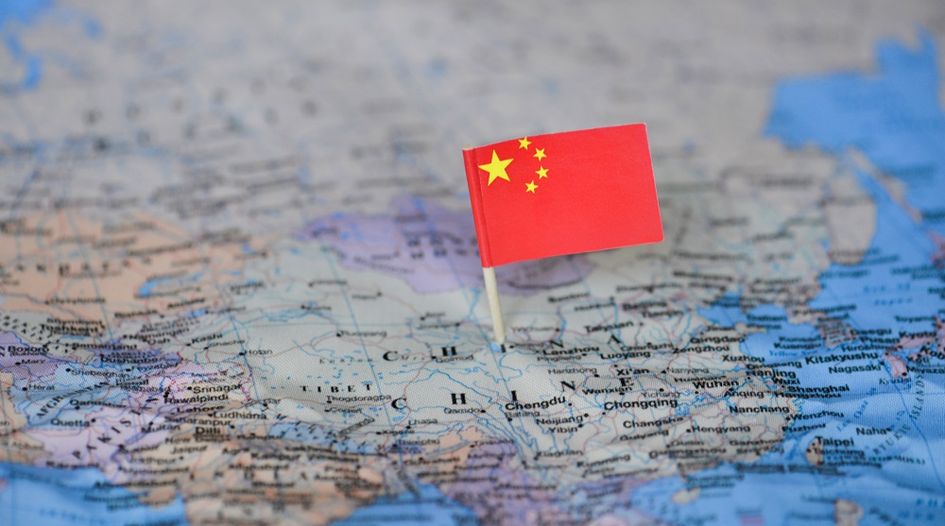 In China, any inventions are eligible for patent protection except:

For processes used in producing animal and plant varieties, patent rights can be granted. Designs of two-dimensional printing goods are patentable if they do not mainly serve as indicators.

Q: What are the time and costs involved in securing a granted patent? Is expedited examination available? Are reduced fees available for certain applicants?

For invention applications, on average it takes 19 months for them to be approved after the substantive examination starts. For utility model and design applications, a patent can generally be obtained within 6 to 12 months of filing. The most popular expediting examination programme is the Patent Prosecution Highway. The Chinese patent system does not differentiate between small and large entities for foreign applicants in terms of fees, and thus, no reduced fees are available for foreign applicants.

In short, a patent specification should fulfil two important requirements in China:

For each office action, the applicant can respond by presenting arguments with or without amendments, but they cannot appeal the action to another authority unless a rejection is received. Currently, the examiner is encouraged and willing to conduct interviews with applicants or their agents by telephone to resolve formality issues or even discuss the patentability of the application to achieve grant as soon as possible. The applicant has four months to present the response for the first office action and two months for other subsequent office actions during the examination. Either deadline of four or two months can be extended by up to two months with surcharges.

In recent years, the examiner has become more and more rational in using common knowledge to reject the inventive step of an application. Further, the applicant can request that the examiner provides written evidence of common knowledge if it is a key feature of the technical solution. The Chinese examiner will also check the prosecution history in other countries, particularly the EPO, USPTO, Japan Patent Office and Korean Intellectual Property Office, and is not willing to grant a broader scope of protection than other patent offices.

It is noteworthy that:

Utility model patents are available in China and can be protected for 10 years. Utility model patents only protect the improvement of the structure or configuration of the product, and cannot protect the method or process. A utility model patent can be obtained after preliminary examination and is not subject to substantive examination. However, the examiner is stricter now than in previous years and often challenges patentability by quickly searching and citing references if they believe the application is obviously not new or inventive.

If the applicant receives a decision of rejection issued by the Chinese National Intellectual Property Administration (CNIPA), he or she may file a request for re-examination with CNIPA's Department of Patent Re-examination and Invalidation within three months of receipt of the decision of rejection. The documents to be filed shall comprise the request for re-examination, arguments, necessary evidence, procedural documents and possibly amendments, including power of attorney.

Q: Are oppositions available pre-grant or post-grant? What rules govern standing to oppose a patent and the opposition process?

The post-grant opposition in China is called an 'invalidation request', which is an inter partes process. After the patent is granted, anyone holding that the patent does not comply with the provisions of the Chinese Patent Law can file a request for invalidation before the CNIPA. The patent that is announced as invalid after the invalidation process is deemed non-existent from the very beginning.

The most common grounds for the third-party observations and invalidation requests include lack of novelty or inventive step, clarity issues, insufficient disclosure and the claim not being supported by the description.

After the granting date of a patent, anyone holding that the patent does not comply with the provisions of the Chinese Patent Law can file a request for invalidation before the CNIPA. The party intending to file a request for invalidation could decide, as required, whether to file the request in its true name or through a straw man. Examination of a request for invalidation comprises formal examination and collegiate examination. The formal examination is to examine the object of the request, the eligibility of the petitioner, and the scope, causes and evidence supporting the request, among other things. After passing through the formal examination, the Department of Re-examination and Invalidation will transfer documents to the parties and assign a time limit (usually one month) for a response. The petitioner could submit supplementary evidence within one month of the date of filing the request, and the patentee could file an answer or evidence within the assigned time limit. A panel will be set up to examine the scope, causes and evidence provided by the parties, which is called the collegiate examination. The panel can decide whether the collegiate examination will be conducted in written form or via oral proceedings. The whole process usually lasts six to nine months.

As for the pre-grant opposition (called third-party observations in China), there is no ability to appeal.

As for the re-examination and invalidation decisions, a party unsatisfied with the decision could file a lawsuit before the Beijing IP Court within three months of receipt of the decision. The Beijing IP Court would have a trial through one or several rounds of court hearings and then make a judgment of first instance. Any party unsatisfied with the judgment could file an appeal before the Intellectual Property Tribunal of the Supreme Court. The judgment made by the Supreme Court would be the final judgement.

If a patent for invention (granted after 1 June 2021) is granted after three years from the date of filing a substantive examination and after four years from the date of filing a patent application, the CNIPA, on request of the patentee, could grant a patent-term extension to compensate the unreasonable delay during the process, unless the delay was caused by the applicant. The request for patent-term extension should be filed within three months since announcement date of the patent.

Starting from 1 June 2021, for the patent of new approved drug to be launched in the Chinese market, a patent-term extension is also available, which must not be more than five years, and the entire term of the patent after the approval of the drug must not be over 14 years. The patent-term extension request for a drug-related patent should be filed with the CNIPA within three months of the approval date of the drug.

As for administrative litigation before the Beijing IP Court, procedural documents such as power of attorney, identity certificates of legal representatives, and the company register or identifications must be notarised by local notary and legalised by the Chinese embassy or consulate if the plaintiff is a foreign entity or individual. Considering the time required for notarisation and legalisation, the Beijing IP Court provides a three-month extension of the time limit for filing the litigation as provided by the Chinese Patent Law.

Please note that these questions serve as a framework for each article. Authors may give greater emphasis to those questions that address key issues within the jurisdiction, at their discretion. Specific focus should be made to the most recent developments in your market.