SEPs: Overview of jurisprudence in India 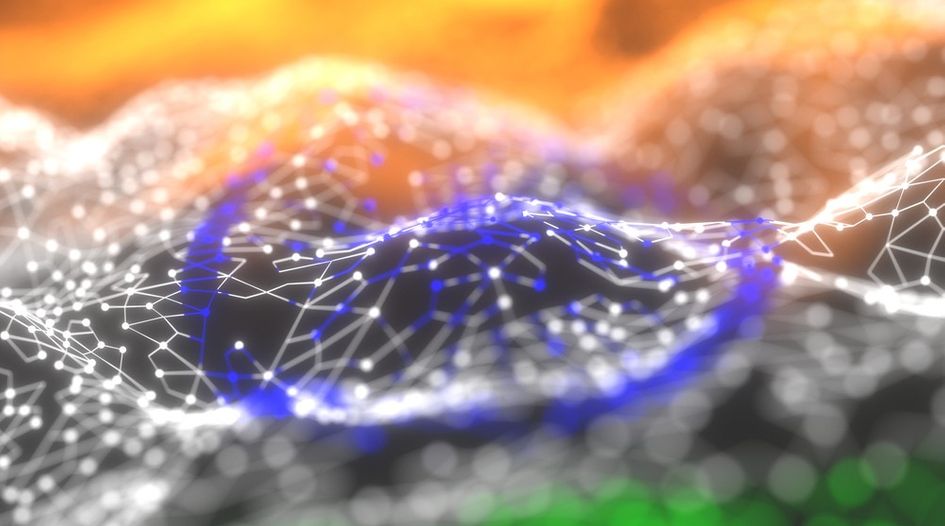 Technologies and their applications as we understood them took an unprecedented upturn with the development of the internet and the telecommunication ecosystem. The signing of the World Trade Organization agreements in 1994 resulted in a boom in international trade and commerce, along with the globalisation of technologies as markets in various countries opened up.

This increase in trade was coupled with the digital revolution, which was centred around the higher dependency and greater commercial use of the internet in the early 1990s. More specifically, there was constant development and innovation in areas such as communication and data sharing and processing. Accordingly, such technologies and IPR protections, specifically patents related to the same, started to enter the limelight.

To promote efficient and better communication, a need was felt to standardise technologies to bring about global interoperability and ease of handling for customers, especially in the telecom industry; therefore, innovators whose technologies formed part of a standard developed by a standards development organisation or a standards setting organisation (SSO) declared their patents as standard-essential patents (SEPs) and made a voluntary commitment to license their patents to all willing implementors of such standardised technology on FRAND terms.

In India, the concept and enforcement of SEPs came only with the growth of the mobile phone market. Presently, India is the second largest smartphone market in the world. This growth in the smartphone market was through the continued efforts of both overseas handset manufacturers and the sudden rise in domestic smartphone brands in India.

In 2007, Apple introduced its first smartphone to the world, at which time the Indian market was primarily dominated by feature phones with Nokia at the helm. At around the same time, however, India saw growth in the sales of feature phones and smartphones in the market sold by several home-grown Indian brands, such as Micromax, Spice, Lava and Intex.

The aim of all those Indian brands was to make smartphones and mobile phones with the best of the technology available at affordable prices to the masses. By 2010 to 2011, the demand for smartphones had grown exponentially, which was fulfilled by those homegrown brands offering good technology at relatively lower prices as compared to Apple, Samsung, etc.

The success and disruption caused by the homegrown brands in the mobile phone market is attributable to their business model. They had entered into white labelling contracts with original design manufacturers (ODMs) in China, pursuant to which the finished product was being manufactured by a Chinese manufacturer but bore the label of one of the homegrown brands. This meant multiple companies with no research and development (R&D) background or manufacturing facilities were able to launch new phones in the market every four to five months.

The aim and focus of those companies was not innovation per se but facilitating greater access at reasonable prices; however, in this endeavour, the costs attributable to technologies implemented in the devices were not accounted for because of the complete absence of licensing arrangements.

In 2014, Micromax and Intex dominated the smartphone market in India, holding more than a 50% share of the market; however, the Chinese ODMs were closely observing the progress of the market in India during that period and by 2014, realising the potential unlocked by those homegrown brands, they started flooding the Indian market with their own brands, such as Gionee, Vivo and OPPO, at prices lower than those of the Indian homegrown brands they had collaborated with earlier.

By 2018 to 2019, the Indian homegrown brands became all but non-existent in the smartphone market, and Chinese smartphone brands such as Xiaomi, OPPO and Vivo dominate the global market today.

The above trend and the exponential growth of the Indian mobile phone market was watched closely not only by the Chinese ODMs but also by innovators and SEP proprietors across the globe, who now sought enforcement of their SEPs in India and due compensation for the use of their technologies.

The growth of the smartphone market also led to greater awareness of the concept of SEPs in India. The Indian courts and the government have also undertaken several initiatives to help develop the jurisprudence and law regarding SEPs in India.

The history of SEP jurisprudence can be traced back to 2009, when Philips filed suits for infringement against local Indian vendors for using their SEPs pertaining to decoding technology in DVD players. The concept of SEPs was virtually unheard of in India at the time, and even the international jurisprudence on complex questions involved in SEP litigation was at a nascent stage of development.

SEP litigation in India saw its first boom when Ericsson, a Swedish Company, filed several suits for infringement of its SEPs relating to 2G and 3G technologies against a myriad of companies, both Indian and Chinese, such as Micromax, Xiaomi, Lava, Intex and Gionee, in the High Court of Delhi. All the aforementioned suits were filed between 2013 and 2015, when the smartphone market had been completely disrupted by the above-mentioned players.

Ericsson, contending the essentiality of its patents, sought to claim its dues from all the aforementioned manufacturers and sellers of mobile phones in India, arguing that it should be sufficiently compensated for investing in the necessary R&D of the technologies that were standardised and were being exploited unfettered by those entities.

The Indian courts, while dealing with those issues in the early 2010s, recognised the defendant’s need to secure the interest of a SEP proprietor against the exploitation of its technology during the course of litigation, especially in view of the transient nature of the brands and models that were claimed to be infringing in nature.

Accordingly, the concept of pro tem deposits and arrangements was developed while the courts assessed the final issues related to the infringement and validity of the patents. Pro tem deposits are a form of pro tem orders passed at an ad interim stage to secure the interest of the SEP proprietor and to balance equities. In the past, the courts have, as a pro tem arrangement, (1) directed payments to the SEP proprietor directly,  (2) submitted fixed deposits and bank guarantees in court, (3) kept money in the bank account of the implementor in India along with comfort letters from the bank, and (4) attached immovable properties of the implementors as security.

The High Court of Delhi was one of the first courts to pass a conditional interim injunction order, wherein the parties were directed to either make money deposits or be subject to injunctions, thereby recognising that the primary issue in SEP matters is licensing and licensing fees; therefore, the courts were mindful of the peculiarities of SEPs and ensured that unwillingness to obtain a licence is not rewarded.

The Indian courts have continued to favour this legal position whereby they attempt to secure a plaintiff while recognising that issues raised by various defendants related to over-declaration, licensing fees being excessive in nature, etc, also need consideration. For example, orders for deposits of bank guarantees continued to operate throughout the dispute initiated by Dolby against Vivo, even until the final stage. Even in recent cases filed by Philips, the courts have deemed it appropriate to secure its interest as against various defendants by passing orders for security in the form of land and also for deposits of bank guarantees.

Over time, the courts have seen infringement suits be filed pertaining to various technologies, including audio coding, video coding and telecommunications, against both Indian and multinational companies. In all those matters, the courts have attempted to strike a balance between proprietors and implementors while also dealing with aspects of anti-suit injunctions, confidentiality clubs, etc, which arise because of the global and portfolio nature of FRAND licences.

In parallel with patent litigation and the evolution thereof, even the government has been conversant about the important role standardisation plays in trade and industry, especially in the telecom industry. The government recognised that the telecom industry is a substantial contributor to India’s gross domestic product and, in view thereof, released the National Telecom Policy 2012 (NTP).

A key objective of the NTP was to “promote development of new standards to meet national requirements, generation of IPRs and participation in international standardization bodies to contribute in formation of global standards, thereby making India a leading nation in the area of telecom standardization.”

To achieve this, Part IV, Clause 2 of the NTP seeks to promote R&D in India and enable various entities to develop technologies that could, in future, become contributors to various telecom standards. Another key objective was the establishment of an autonomous body to act as facilitator for all stakeholders in the industry: the International Standard Development Organisation.

Pursuant to the NTP, the Indian telecom industry – including operators, manufacturers, government public sector undertakings, academia, R&D organisations and other relevant stakeholders – came together to form the Telecommunications Standards Development Society, India (TSDSI) in January 2014, with the aim of contributing to the next generation of telecom standards and driving “the eco-system of IP creation in India”.

To foster better collaboration and enable the TSDSI to emerge as one of the global leaders in the development of standards, the TSDSI has entered into several partnerships, collaboration agreements and memoranda of understanding with SSOs, such as the IEEE Standards Association, the Advanced Television Systems Committee, the European Telecommunications Standards Institute (ETSI) and the Open Connectivity Foundation.

The government has also entered into a regional cooperation agreement called the India-EU Cooperation on ICT-Related Standardisation, Policy and Legislation 2016. The agreement was enabled by both ETSI and the TSDSI with the objective of facilitating closer alignment between the region on standardisation activities.

To do this, the government plans to roll out financial incentives for the development of such SEPs and to promote Indian IPR through international collaboration and greater participation in the standard development process.

In pursuit of the above, in August 2022, the Department of Telecommunications created a facilitation cell for promoting “ease of doing business and R&D” for start-ups and micro, small and medium-sized enterprises (MSMEs) with regard to the objectives of the NDCP, as well as a robust system of Digital Communication Technologies.

Another body called the Telecommunication Engineering Committee (TEC) (incorporated under the aegis of the Department of Telecommunications) formulates standards and technical specifications for various telecom technologies to be deployed in the Indian telecom network and to ensure that the same are in line with international standards. The Department of Telecommunications also undertakes the certification and ratification of standards proposed by international SSOs and the TSDSI to check their viability for implementation in India.

Several steps have been taken in India for the preservation and promotion of standardisation and SEP enforcement. Recognising the importance of standardisation, the government and trade bodies have undertaken multiple initiatives to affirm the status of standardised technologies in India.

Several steps have also been taken by the government to facilitate the development of those standards. Under its Make in India initiative and other policies, the government is encouraging several industry players and start-ups/MSMEs in pursuit of deep technology development. The objective is to put India and its industry on the global map as not only implementors but developers of SEPs.

The courts are mindful of the need to balance the rights of SEP proprietors to be rewarded for their innovation with those of implementors that have a right to use the SEPs. Although a conscious attempt is made not to pass interim injunctive orders against an implementer until a final decision has been taken on all relevant issues, the courts have provided appropriate monetary security/protection to SEP proprietors as it is in the interests of the consumers to have access to the best technologies that have been developed worldwide.

With the continued support of the government, judiciary and several research organisations, India is on its way becoming one of the global leaders in support of standardisation and SEP technology not only in the digital communication and telecom space but also future technologies, such as internet of things and artificial intelligence.