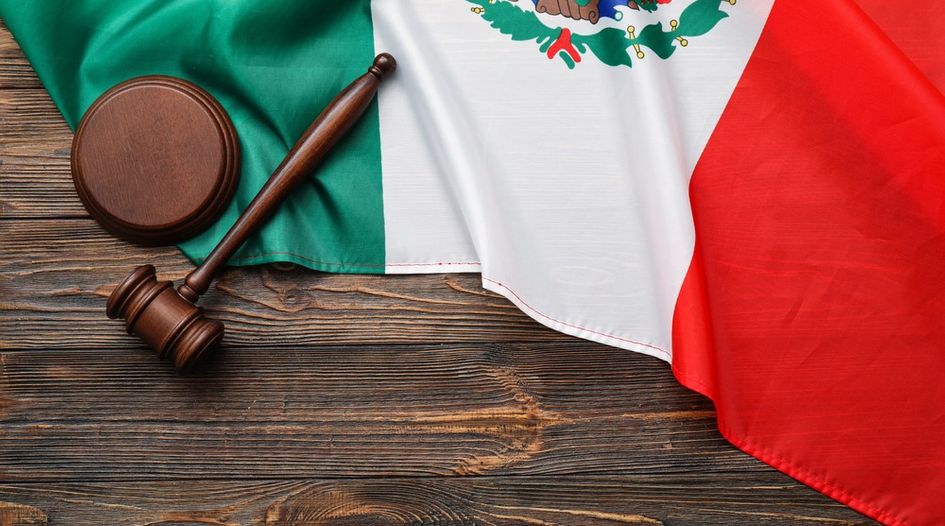 Mexico is a civil law country with a peculiar unified system wherein both infringement and invalidity actions are filed before the same government agency as the one that grants patents: the Mexican Institute of Industrial Property (IMPI).

Decisions issued by IMPI (concerning both infringement and invalidity actions) can be challenged before a specialised federal tribunal: the Specialised IP Chamber of the Federal Tribunal of Administrative Justice (SEPI-TFJA).

In some – albeit sporadic – cases (ie, only when an issue involves a direct interpretation of a constitutional principle or when the implication and reach of the relevant constitutional rights are not clearly decided), an action known as a ‘constitutional revision recourse’ can be lodged, in which case the Supreme Court is requested to review the case.

As is the case in other jurisdictions outside the common law tradition, Mexico has no jury trial for patent litigation: every case is decided by bench trial, first as an administrative procedure before IMPI, and subsequently before a federal tribunal (either the TFJA or a CCT).

As patent matters are industrial property issues, they are only handled by courts at the federal level, with the exception of civil claims regarding the recovery of damages or losses, which can be filed before local (state) courts in each of the 32 states after a firm and definitive ruling has been obtained by the federal authorities.

In the past, the amounts pertaining to damages and loss of profits used to be calculated after a final and definitive ruling had been obtained following administrative infringement procedures (ie, a resolution that had exhausted all available appeals and recourses, which generally also included reaching and exhausting an amparo trial), in accordance with a minimum statutory parameter established in the Industrial Property Law, after which an entirely new procedure could be initiated before a civil court, either at the local or the federal level.

This mechanism for accessing the possibility of recovering damages has changed significantly since the enactment of the Federal Law on the Protection of Industrial Property (LFPPI), which entered into force on 5 November 2020.

One of the key points contained in the legislation refers to the fact that patentees are now able to request the recovery of damages either in parallel before civil courts, even if an administrative infringement declaration is yet to be issued, or immediately after a patent infringement claim has been declared through a unique administrative mechanism that is part of the infringement proceedings.

This is a significant change, considering that before the LFPPI entered into force, a typical patent administrative infringement case involved litigation procedures that usually lasted between five and seven years just to obtain a final and definitive resolution, and that once such a definitive infringement resolution was issued, the patent owner had to endure yet another litigation procedure (a civil trial) to recover damages and losses.

According to Article 396 of the LFPPI, patentees now have the right to:

Article 397 of the LFPPI establishes that once the patentee has obtained a favourable declaration of infringement, it is possible to file a request for the recovery of damages before the same administrative authority as that before which an infringement is being examined.

Consequently, it is no longer necessary to wait until a final and definitive resolution is issued, nor is it necessary to start a new procedure before a civil court, as IMPI now has the legal power to determine the issues pertaining to the recovery of damages. This arises because the LFPPI provides for a specific procedure that can be brought immediately after the main infringement proceedings have determined the existence of infringement.

Notwithstanding the above, it is essential to bear in mind that patent litigation in Mexico is a relatively unexplored field: only a handful of matters involving patent rights have ever arrived before the higher courts to be judged; therefore, judicial criteria concerning patent damages cases are virtually non-existent.

This is even more so the case when considering the judicial guidelines regarding determination of how to quantify the amounts equivalent to the liability of an infringing party, even if the LFPPI contains a generic statutory provision (article 396) that grants patent owners the right to pursue at least the equivalent of 40% of the public sales price of each of the products that resulted from the infringement of the patent.

In this regard, once the patent owner obtains a resolution declaring infringement of the patent, it can request the recovery of damages of at least 40% of the sales price of each product manufactured or derived from the declared infringement.

Considering the above, and although these new provisions may facilitate and expedite the recovery of damages for the patent owner, there are still several obstacles that the patent owner must overcome, especially if the primary goal of an infringement action is to recover the damages and lost profits resulting from the infringement.

The new provisions of the LFPPI are not overly clear regarding the possible suspension or stay of any determination to award damages until a final and definitive resolution regarding the main infringement is reached; therefore, even if a damages procedure can now be started in parallel with the infringement claim before a civil court or through an administrative action immediately following a declaration of infringement issued by the administrative authority, any of those procedures could be suspended until a final and definitive resolution concerning the main infringement action is reached.

Accordingly, and while a typical patent infringement matter could see a significant reduction in the time needed to effectively recover damages despite the fact that a definitive infringement resolution may still be needed before a damages ruling is passed, a reasonable expectation of being awarded indemnification for damages and losses in parallel with the main infringement resolution could serve as motivation for patent owners to start participating in these new mechanisms, as long as they bear in mind that neither IP practitioners nor the authorities have much experience in these cases at present.

Mexican law provides for a system for the different criteria adopted by the courts and judges, which are collectively called ‘jurisprudencias’. According to the Organic Law of the Federal Judicial Power, jurisprudencias can only be created by the higher federal courts (the Supreme Court or the CCTs) when the criteria adopted originates from the resolution of at least five different cases involving similar rights or matters. The criteria can be invoked in subsequent matters that fall within the scope of that criteria, as lesser courts are obliged to follow jurisprudencias.

However, this is not very helpful with regard to specific patent damages because patent litigation in Mexico is a relative unexplored field: only a handful of matters involving patent rights have arrived before the higher courts for judgment; therefore, the ‘jurisprudencias’ concerning patent damages cases are virtually non-existent.

This is particularly so when taking into consideration the judicial guidelines that determine how to quantify the amounts equivalent to the liability of an infringing party, other than the 40% minimum mentioned above, and the actual moment when a patent owner has the right to effectively be awarded the amount derived from the infringement to its patent rights.

According to articles 2108 to 2110 of the Civil Code, the concept of damages is strictly defined as “the loss or damage in the patrimony or assets of any individual or corporation that is a direct result of the actions and/or omissions of another party”, and the concept of losses is strictly defined as the “inability to receive a lawful earning or profit, that an individual or company was both entitled and reasonably expecting to receive or obtain, as a consequence of the actions or omissions of another party”.

Taking into account the above, it is essential to point out that in Mexican law, there are no provisions concerning consequential, or collateral or punitive damages; therefore, the amount of the damages obtained in litigation in Mexico are almost always considerably lower than those obtained in jurisdictions such as the United States. Not only is this because of the restrictions arising from the definitions of damages and losses, but the plaintiff must also fully credit the basis of its claim (ie, an infringement to its patent) as well as the direct relation (cause-effect) between the amount claimed and the action or omission of the defendant.

This leaves little discretion to the judge to interpret the particular situation and award an amount that is much higher than the actual damage or loss that was evidenced, despite the statutory 40% amount foreseen in article 396 of the LFPPI. More specifically, the existence of the minimum 40% amount does not supersede the need to fully demonstrate the cause-effect relation between the claimed amount and the actual evidence to support the existence of the causation relation.

The two main aspects that are most important when trying to substantiate a claim to recover damages derived from or part of patent infringement litigation are:

Although there have been a handful of patent matters involving damages and losses litigation in the past 15 years, such cases have almost always been settled before a court issued a final resolution; therefore, there are no open public records to review the case, nor has the relevant information been systemised in a way akin to the system created by the American Bar Association in the United States.

Other than the general information provided in this chapter, there are unfortunately no general guidelines or more specific information available regarding the recovery of damages and lost profits in patent litigation. This is even more so the case with regard to the new damages mechanisms foreseen in the LFPPI.