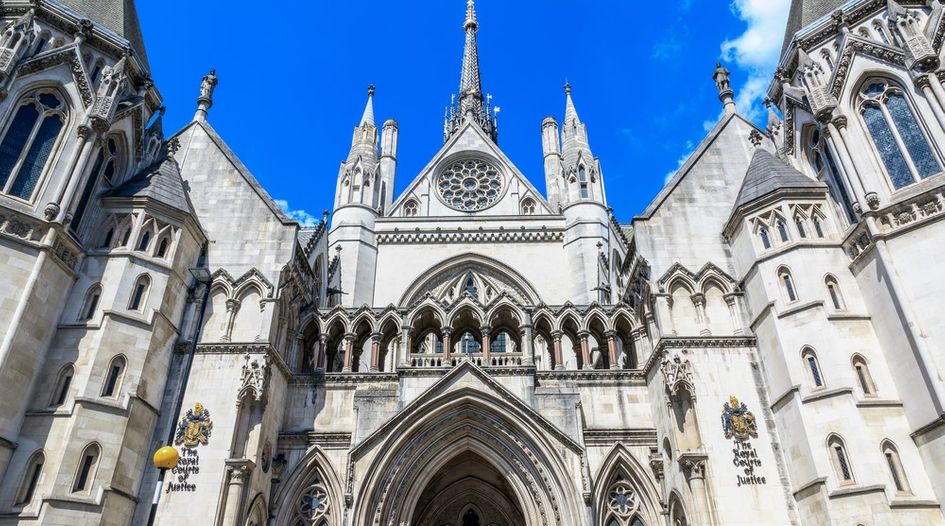 Injunctions at a glance

The Patents Court (part of the Business and Property Courts of the High Court) is the primary route for patent enforcement in the United Kingdom, with the Intellectual Property Enterprise Court (IPEC) able to hear lower value, less complex patent actions. Scotland and Northern Ireland do not have specialist patents courts, but patent cases can be heard in both jurisdictions.

Yes. Parties are obliged to consider whether alternative dispute resolution (ADR) is suitable both before and during proceedings. Unreasonable refusal to consider ADR may attract cost sanctions. Arbitration is increasingly utilised where confidentiality is important.

At first instance, cases are heard by a single judge. Complex cases are allocated to specialist High Court patent judges. Other cases may be allocated to Chancery judges or Deputy High Court judges who have been designated to hear patents cases.

At the IPEC, cases are heard by IP specialist Judge Hacon, deputy judges or recorders.

Appeals are usually heard by a panel of three Lord or Lady Justices of Appeal. At the Supreme Court, there is usually a panel of five justices.

The level of expertise is very high. Patents Court judges have practised IP law, and many have technical backgrounds, while deputy judges are drawn from a pool of specialist IP barristers and solicitors.

There are also a number of ex-Patents Court judges sitting as Lord Justices of Appeal at the Court of Appeal, as well as justices of the Supreme Court.

Yes. There is no bifurcation of validity and infringement proceedings.

Parties to patent litigation are represented by teams of barristers, solicitors and patent attorneys. Solicitors prepare and manage the case for trial, including liaising with the other side. Barristers (usually a senior King’s Counsel and junior) are specialist advocates who conduct cross-examination and present arguments to the court during oral hearings.

At the IPEC, the legal team is more streamlined.

The majority of patent actions are heard in the Patents Court in England and Wales; very few patent cases are heard by the Scottish or Northern Irish courts.

The IPEC was created to offer a less costly option for small to medium-sized businesses.

Issue-based disclosure is part of proceedings, but the cost and proportionality of requests are carefully scrutinised by the Patents Court. Pre-action and third-party disclosure are both possible in certain circumstances.

Disclosure on validity is limited to a four-year window around the patent’s priority date. Alleged infringers can elect to give documentary evidence (including a sample) or a product and process description, with full particulars of the product or process that is alleged to be infringing.

At the IPEC, there is no automatic right to disclosure, and its grant is a matter of case management for the judge.

Evidence in chief for witnesses and experts are exchanged before trial. At trial, the written statement stands as the witness’s or expert’s evidence in chief, and there is no requirement for this to be delivered orally at trial.

Expert evidence is often determinative of patent actions. It is of paramount importance to ensure that the legal team has the expertise to identify the correct experts, instruct them correctly (particularly to avoid allegations of hindsight) and aid the drafting of their report in accordance with the rules.

There is a two-stage test for the doctrine of equivalents:

For the second question, there is a three-stage test:

There is no prosecution history estoppel as such, and the court will only consider this in limited circumstances.

The Patents Court is a specialist forum for all types of patent dispute.

Some subject matter is excluded from patentability, including:

The exclusions apply only to the extent that the patent relates to the thing ‘as such’.

Many biotechnological inventions are patentable, but exclusions include the human body and its elements, including gene sequences, as well as other processes that are considered contrary to public policy on ethical grounds, such as:

The ‘ratio’ is the part of a judgment that sets out the legal reasoning for the decision and creates the binding precedent that must be followed by inferior courts.

Judgments of courts in other jurisdictions relating to the same patent, must be provided to the judge. Judgments of key European patent courts, as well as decisions from the Enlarged Board of Appeal and the Technical Boards of Appeal are of interest, albeit not binding. Judgments by Commonwealth courts are also considered.

Procedural rules provide for a timetable to a case management conference. At the case management conference, any outstanding points on the timetable are decided by the court, including fixing a trial date. Parties can agree to and apply for extensions for most deadlines, provided that this does not jeopardise the trial date. Causing a delay that leads to the trial being vacated is likely to attract sanctions for wasted costs.

The grant of a preliminary (interim) injunction requires ascertaining where the balance of convenience lies. The patentee must show that there is a serious issue to be tried. The court must determine whether damages would be an adequate remedy for the patentee. If not, the court must consider the adequacy of the patentee’s cross-undertaking in damages. If there is no adequate remedy for either side, the court must consider all other relevant factors, including the status quo.

It can be difficult for patentees to demonstrate that they will suffer irreparable harm. As a result, interim injunctions are rarely granted. The exception to this was for generic entrants who had to ‘clear the way’ for pharmaceutical patents; however, more recently, the Court has refused a number of requests based on the facts of the case.

For a straightforward single patent action, it should be possible to get a first-instance decision within 12 to 14 months of proceedings being issued.

For a straightforward case where validity and infringement are in issue, a party should budget for the costs to exceed £750,000 (including the fees of the legal team and experts, as well as court fees and other disbursements). For more complex or valuable cases, costs can exceed £1.5 million, sometimes significantly.

At the IPEC, for a straightforward case where validity and infringement are in issue, a party should budget for the costs to be between £300,000 and £450,000 (including the fees, as above).

In general, there is a principle that the losing party pays a proportion of the winning party’s costs.

The proportion of costs that are recoverable depends on the issues that a party has won and whether a costs budget is in place. Typical levels of recovery range from 60% to 75%. Recovery can be affected by deduction for an issue ‘lost’ by the overall winner.

Where costs budgets are in place, recovery can be significantly higher, and up to 100%. Parties’ offers to settle before and during proceedings can also be taken into account.

At the IPEC, costs recovery is capped at £60,000 and can be awarded at a lower level.

Damages are intended to put the patentee in the same position it would have been in had the infringement not happened, allowing recovery for loss suffered that was foreseeable, caused by the infringement and not otherwise excluded for policy reasons. An inquiry for a claim under a cross-undertaking in damages should look into the loss that was suffered because of the injunction.

A patentee must elect between damages or an account of profits, with the assessment conducted after the trial on liability. An account of profits is confined to profits actually made to prevent the infringer’s unjust enrichment from the infringement. For that reason, most patentees elect for an inquiry for damages.

At the IPEC, the recoverable amount under a damages inquiry or account of profits is limited
to £500,000.

Injunctions are a discretionary remedy but are usually granted post-trial by the court. Injunctions can be stayed pending appeal.

No. Appeals are available in respect of points of law only where there is a real prospect of success or there is some other compelling reason for the appeal to be heard. Appeal from the Patents Court and the IPEC is to the Court of Appeal.

An appellate decision takes about 10 to 15 months; expedition is possible.

The Patents Court has a reputation as a forum for testing patents fairly but rigorously.

The introduction of the doctrine of equivalents and judgments granting global FRAND licences has provided opportunities for patentees, but, equally, the availability of Arrow declarations has afforded would-be market entrants the ability to cut through patent thickets in a single action.

Q: Are there other forums outside the court system in which it is possible to assert patents in your jurisdiction? If so, under what circumstances might it be appropriate to use them?

Q: In what circumstances do courts in your jurisdiction accommodate remote hearings, for example during pandemic-related lockdowns?

The Patents Court adapted its rules to use video-conferencing technology for remote hearings and trials. Hybrid trials with the judge, witnesses and core legal teams present in court have also been successful, but in-person attendance is preferred. Cross-examination via video for witnesses unable to attend in person is possible, albeit potentially complicated by the prevailing national laws.

The Patents Court provides a forum to obtain a quick, well-reasoned judgment on infringement and validity from specialist judges that are well-respected in the courts of other European Patent Convention jurisdictions. The Patents Court also has the legal tools to, inter alia: