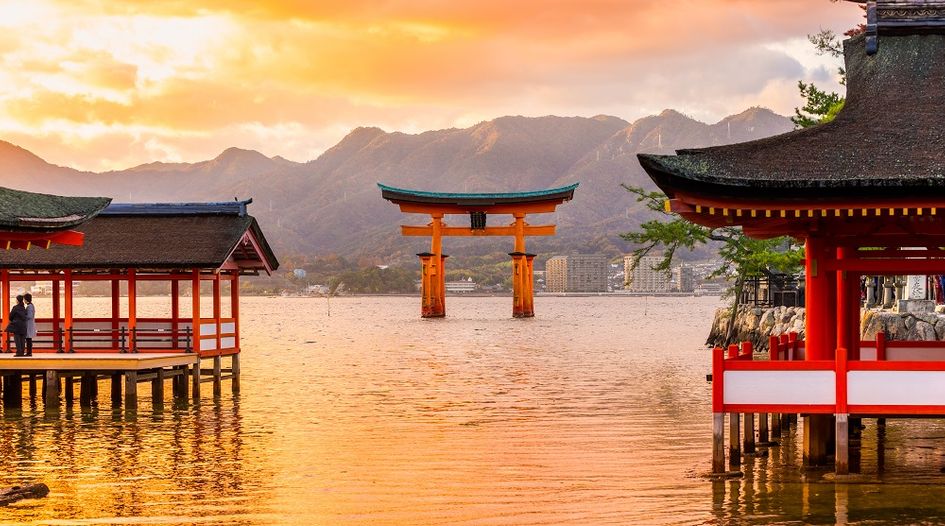 Injunctions at a glance

Patent infringement litigation is the most common and effective measure in many circumstances. A patent owner may seek a permanent injunction and/or damages in litigation.

In some circumstances, strategically combining a preliminary injunction with litigation is a great option.

Mediation and arbitration are not commonly used in Japan. Many patent owners choose litigation over mediation or arbitration, trusting formal court procedures.

Recently, the Tokyo and Osaka district courts started providing arbitration services for IP-related disputes. The services are intended for simple cases and are not suitable for complex patent infringement disputes.

A panel of three judges hears a case. One main judge reviews the case, and an experienced chief judge supervises him or her. A court-appointed technical expert may support judges to help them understand the technical aspects of the case as most judges do not have technical backgrounds.

Japanese courts have highly specialised divisions dedicated to IP-related cases. In particular, a chief judge of each division has extensive experience in patent infringement lawsuits.

There is little room for forum selection in Japan. The Tokyo and Osaka district courts have exclusive jurisdiction over first-instance patent-related cases. In some circumstances, patent owners may have the option to choose between those two courts.

The Intellectual Property High Court is the only appellate court for patent-related lawsuits.

Q: To what extent is pretrial discovery permitted?

Japan does not have discovery proceedings. In some circumstances, a court may grant a document production order; however, this is not always available. It is difficult to obtain evidence from an opposing party.

Recently, Japan has established an inspection procedure that allows a court-appointed expert to inspect the manufacturing plant of an accused infringer; however, a patent owner must first show a certain level of probability of infringement to use this procedure. The availability of this procedure is limited.

In many cases, the parties will retain their own technical expert and submit a written expert declaration. Having an expert helps the parties to persuade the judges regarding technical issues. It is important to choose an expert who appears trustworthy to Japanese judges.

Five requirements must be satisfied for the doctrine or equivalents to be applied:

The area to which the patent relates does not affect patent enforcement. The patent eligibility requirements in Japan are less strict than those in the United States and European Union.

Decisions from the US or European courts on the very same dispute may affect the outcome; however, the influence is limited.

The strategy depends on the judges handling the case. A defendant may delay the litigation by filing a patent validity claim before the Japan Patent Office (JPO). Some judges will wait for the JPO’s decisions, but others will not.

If a patent owner seeks both a permanent injunction and damages, the proceedings will usually take around 18 months. If a patent owner seeks only a permanent injunction, the proceedings will take approximately 12 months. If a defendant is a non-Japanese entity, an extra three months will be required owing to service of complaint.

A permanent injunction and damages are available.

Damages are presumed based on:

A Japanese court will grant a permanent injunction as long as it finds that an accused infringer is infringing a valid patent.

The losing party always has the option to appeal before the Intellectual Property High Court.

It takes around six months.

A losing party may appeal the appellate court’s decision, although it is rare for the Supreme Court to hear a patent infringement case. The success rate is as low as 1%.

In recent years, the Japanese courts have been very pro-patent. Japan used to be recognised as an anti-patent jurisdiction, but official statistics indicate that the success rate for patentees has doubled in the past five years.

Q: Are there other forums outside the court system in which it is possible to assert patents in your jurisdiction? If so, under what circumstances might it be appropriate to use them?

A customs suspension to prevent the import of infringing products is available. A panel appointed by Customs reviews the case, but it often waits for a court decision, especially in a complex case; thus, the effectiveness of the customs suspension is often limited for patent owners.

Q: In what circumstances do courts in your jurisdiction accommodate remote hearings, for example during pandemic-related lockdowns?

Most of the hearings can be held remotely as long as the court finds it adequate and both parties agree; however, certain procedures should be held in person, such as the first and the final oral hearing.

Japan has amended its civil procedure codes and is in the process of implementing more liberal remote procedures.

Japanese courts have been very pro-patent in the past five years, which makes Japan an attractive jurisdiction in which to file infringement lawsuits. At the same time, the patent infringement risks are larger, and companies are strongly advised to conduct a thorough risk evaluation when providing their products or services in Japan.