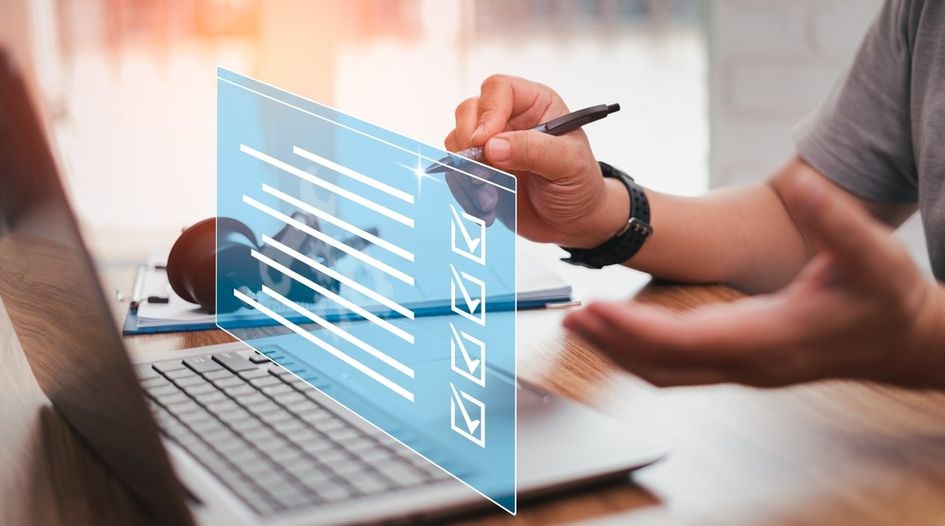 When it comes to patent owners asserting their patent rights, there is a wide spectrum of possibilities. On one hand, patent owners may, as a basis for negotiation, aim to obtain a decision by an independent institution regarding whether their patents have been infringed, and their schedule may not be time-sensitive.

On the other hand, there may be patent owners that seek judgments by an experienced and independent legal and technical institution within one year on one small to mid-size budget per patent, with direct effect on the opposing party’s business.

To navigate this spectrum, patent owners should raise the following key issues with their law firms before asserting their patent rights.

The question of timing is usually crucial for many reasons, including the following:

Timing has several aspects. The most important ones are about how quickly the law firm can prepare the case and the court’s timetable until judgment.

The time needed for the law firm to prepare the case is, on its face, a question of capacity. At the fastest court locations, preparation times of a few days to four to six weeks from order to filing of a patent infringement action are often feasible.

Indirectly, the time needed for the law firm to prepare the case is connected to the budget required to handle the whole case. If the budget is low, some preparatory steps may be omitted because of the limited risk they carry when they are not carried out. In particular, an in-depth assessment of the prior art comprising a full search for relevant documents may be omitted as, statistically, such searches are rarely a game changer. Accordingly, considerable time and money in view of the low statistical and financial risk can be saved by omitting such steps.

Court schedules are strictly dependent on the venue. Any time frame from a few days (in preliminary injunction cases) to a few years (for first-instance decisions in patent infringement cases) are possible. The timelines depend on the workload of the courts and are, therefore, not invariable; however, they can be easily predicted by the respective courts prior to the filing of an action.

In some courts, the timetable also heavily depends on the complexity of the proceedings. This can be observed especially in courts with statistically short procedural durations.

In addition to the impact of a decision, the size of the business affected by the decision is critical to the leverage that can be achieved. The size of the business impact is influenced by the market size, especially the number of the adversaries’ customers feeling the impact. Accordingly, countries with small populations and economic activities on a small scale are typically not the first venue to target, whereas the G7 countries are worth careful consideration.

Patent owners will inevitably ask their law firms about fees. In some jurisdictions, fixed fees – based on statutory minimum fees – for the attorneys’ work are possible. Another option beyond fixed fees and billing by the hour are contingency fees. Patent infringement proceedings can rarely be pursued within a five-figure budget.

In addition to attorney’s fees, court fees and claims for reimbursement of costs in the event of losing must be taken into account. Further, costs for technical experts may be substantial and dependent on the venue.

How experienced is the court in handling similar cases? Can the decision-making body always understand the technical issue at stake in a patent case?

Patent cases undoubtedly need technical experts. In that regard, there are basically two options:

A combination of patent attorneys experienced in patent infringement proceedings and an experienced decision-making body provides a good basis for answering the relevant technical questions correctly.

The most important question is whether there is patent infringement. For the law firm to be able to answer this question, detailed information about the opposing party’s products or processes is required.

In some countries (eg, Germany), this connection is affirmed, for example, if a patent-infringing object is sold in any state by the opposing party to a third party, and it is expected that this patent-infringing object will reach Germany, including through further intermediate stops in other countries. In this case, the opposing party can be prosecuted in Germany, even though they are not directly active in Germany.

In addition to the obvious question of whether the patent is in force in a selected jurisdiction, including payment of the relevant renewal fees, another question is whether there are any relevant points in the patent’s file history that may affect enforcement.

In the file history, statements may have been made by the owner during communication with the patent office that may be interpreted, for example, as a withdrawal of partial rights. These may affect the actual patent infringement in a way that was not considered when those statements were made.

Amendments to the patent specification made by the patent proprietor or proposed by the patent office and approved by the patent owner may also affect the scope of the patent. Even formal issues such as proper transfer of ownership may become key because such issues can affect the priority date (ie, the date that is decisive for the prior art that is considered when evaluating patentability).

The bottom line is that there are several reasons to ask the law firm whether the file history has been analysed in detail before asserting a patent. It regularly pays to have the prosecution handled by patent law firms that are familiar with the essential aspects of enforcing a patent.

Considering the prior art before starting patent infringement proceedings can be a very costly and time-consuming part of preparing patent infringement proceedings. The nature and scope of a prior art analysis should, therefore, be carefully considered. There are cases in which the grant by the competent patent office can be considered as sufficient indication of the validity of the patent.

If a deeper analysis of the skilled person’s knowledge prior to the date of the invention is desired, the next step is to ask the law firm whether a review of the prior art from grant proceedings, which are frequently conducted in parallel in other countries, may be useful. Patent offices in different countries regularly decide on the grant of a patent on the basis of their own searches and without consultation with each other.

The question of the validity of the patent in respect of what was known at the time of the invention is probably the most difficult question in patent infringement proceedings. Moreover, it is one that can never be answered conclusively since, at any stage, previously unknown documents may emerge that stand in the way of validity.

To win a patent infringement case, many questions must be answered with a ‘yes’, as can be seen in the material covered in this chapter so far; however, the most important question is how likely a patent owner is to ultimately win in the relevant court. The law firm should answer that question in the context of historical case statistics.

Statistically, it is fair to assume that one-third of patent infringement suits are dismissed for lack of infringement owing to, for example, misjudgement of the patent owner, and another third are stayed for lack of validity of the patent owing to, for example, newly discovered prior art; therefore, a reasonable probability for the patentee to win the patent infringement case is statistically about one-third. If the statistical probability is significantly lower than this value for the court under consideration, other good reasons must speak in its favour.

In addition to the probability of winning a patent infringement case as the patent owner, which is determined on the basis of historical cases, another important question is the probability that the decision of the court of first instance will also be confirmed at the second instance – or the third instance, if applicable.

All these figures are known for established court locations.

This chapter covered a list of crucial issues that patent owners should raise with their law firms before asserting their rights. Obtaining responses to those issues will give patent owners a good basis for assessing the likelihood of success of their patent infringement actions.