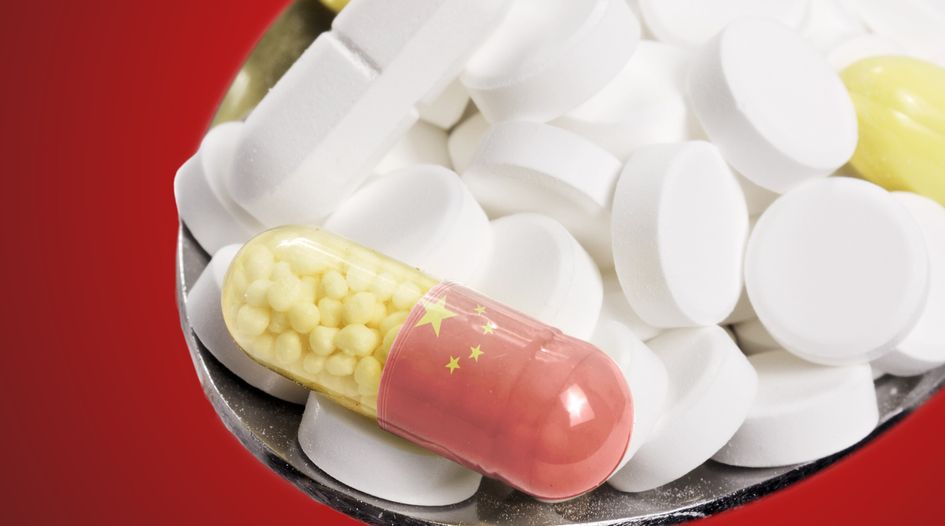 The patent linkage system refers to the linking between the marketing approval of generic drugs and the status of patents covering brand-name drugs. It usually requires that marketing approval for a generic cannot be granted prior to the expiration of the patent term of the innovator’s patent or until the relevant authority has determined that the patent will not be infringed or is invalid. This system originated from the Hatch-Waxman Act 1984 in the US.

China recently introduced a unique patent linkage system. This article will discuss how brand-name pharmaceutical companies should take advantage of this system and adapt their IP strategies to it.

The specific drug patents that can be listed on the Registration Platform include:

When a generic drug applicant applies for a drug marketing authorisation (ie, an abbreviated new drug application (ANDA)), he or she must make a certification regarding each of the patents listed on the Registration Platform. There are four types of certification:

After the waiting period expires, if an effective judgement or an administrative adjudication decision holds that the generic is covered by a listed patent, the NMPA shall make a decision to suspend the approval of the ANDA until the patent is close to expiration. Otherwise, in cases of no infringement, of invalid patent or where no timely judgement or decision is available, the ANDA can be approved.

A 12-month market exclusivity period will be given to the chemical generic drug applicant, who not only must obtain the first generic marketing approval but also must be the first successful patent challenger.

Biologics differ from small molecule drugs in that biologics are not entitled to a nine-month waiting period and there is no market exclusivity period for the first biosimilar.

In addition to conventional considerations, the newly implemented patent linkage and patent term extension (PTE) should also be fully considered when managing the patent portfolio.

First, when brand-name companies routinely deploy primary patents and secondary patents to obtain comprehensive protection and a longer protection period, they should focus more on the portfolio of patents for compounds, pharmaceutical composition and medical use, because only these three types of patents (for chemical drugs) can be listed for patent linkage.

Finally, patent validity challenges are expected to increase and must be well prepared for. In the patent invalidation proceedings, brand-name pharmaceutical companies can take full advantage of the amended Examination Guidelines (implemented in January 2021), which allow supplemental experimental data in pharmaceutical patent prosecution and invalidation and have improved the manner of assessing the inventive step of compounds and biotech inventions.

The importance of early NDA submission in China can be illustrated by the common scenario shown in Figure 3 in which a brand-name chemical drug is approved for marketing outside China (eg, in the US) before the corresponding NDA is filed in China. According to the latest draft amendment to the Patent Examination Guidelines published in August 2021, the brand-name drug in this situation is not eligible for PTE as the drug was not new in the world when the NDA was filed in China. According to the Draft Implementation Measures for the Protection of Drug Trial Data (Interim) published in 2018, the data exclusivity period in China will be shortened for the brand-name drug for which the NDA is filed in China later than in other countries or regions.

Therefore, under the current rules, to obtain a PTE, the whole data exclusivity period and full use of the patent linkage system, brand-name pharmaceutical companies are recommended to file new drug applications almost simultaneously in China and other countries. In particular, it is essential that the NDA be filed in China before any marketing approval of the drug in other countries.

Figure 2. The process of applying for the marketing of a new drug in China and the related intellectual property rights

Timely registration and update of the patent information

Under the amended Patent Law, two patent-­related time limits are triggered on the date the brand-name drug marketing authorisation is issued: (1) the patent information must be registered on the platform within 30 days to participate in the patent linkage system; and (2) a request for a PTE of the related patent or patents must be filed to the CNIPA within three months of the MA issuance (see Figure 2).

It is suggested that brand-name pharmaceutical companies could actively file a lawsuit or apply for an administrative adjudication against Type 4 certification, make full use of the nine-month waiting period and strive to obtain a judgement or ruling that the generic drug falls into the scope of the patent protection, to prevent the generic drug from being approved before the listed patents expire.

Each of the two enforcement routes has pros and cons. The first, and probably decisive, factor to consider when choosing a proper enforcement route is how easily a route can be initiated and how long a route takes to get a decision that can be accepted by the NPMA to prevent the approval of the generic drug. According to the patent linkage rules, and in our experience, in the administrative adjudication route, the requirements of formality documents are low, foreign pharmaceutical companies can readily prepare all necessary documents for initiating a case within the 45-day deadline, the CNIPA is likely to make a decision within the nine-month waiting period, and the decision of the CNIPA (although appealable) is acceptable to the NPMA.

Figure 3. The process of application for generic drugs in China based on a brand-name chemical drug approved outside China (ie, a Class 3 generic drug)

However, for the civil action route, according to guidance on the filing of patent linkage civil cases issued by the Beijing IP Court recently, the requirements of formality documents are very high. A foreign pharmaceutical company must file the original copies of the notarised and legalised certificate of good standing and power of attorney, etc, by the 45-day deadline, which it is very unlikely to complete in practice. Furthermore, for the civil action route, the NMPA only accepts an effective judgment, which usually means a judgment of the second instance court (ie, the IP Court of the Supreme People’s Court) instead of a judgment of the first instance court (ie, the Beijing IP Court), but it is generally believed that it would be very difficult to complete two-instance trials within the nine-month waiting period. Therefore, the administrative adjudication route is superior to the civil action route in terms of feasibility and will probably be the main route for patent linkage litigation in the future.

In conclusion, the administrative adjudication route is easier to initiate, quicker to get a useful but less stable decision and has no preliminary injunction, while the civil action route is difficult to initiate, much slower to get a useful and more stable decision and has preliminary injunction. In theory, dual filing of two routes is possible if the request for administrative adjudication is filed prior to the filing of a civil lawsuit by the 45-day time limit.