During recent years the number of patent infringement cases in the pharmaceutical field has increased significantly.

During recent years the number of patent infringement cases in the pharmaceutical field has increased significantly. A battle between patent owners and generic companies has revealed different interpretations in the Russian judicial system.

The law allows lawsuits to prevent activities that infringe an exclusive right or create a threat of infringement. Such suits may be filed against those who undertake specific activities or make necessary preparations for such activities or against other persons that can prevent infringing activities.

A range of defendants are to be found in pharmaceutical patent litigation in Russia, including:

According to Section 26.1(4) of the Federal Law on the Circulation of Medicines (April 12 2010, 61-FZ), the marketing authorisation holder is:

Since medicines are legally commercialised on condition that a marketing authorisation is granted, it is logical to assume that obtaining a marketing authorisation for the generic product where a patent is used (before its expiration) creates at least the necessary pre-condition for launching the generic medicine before the expiration of the patent term.

Further, the same applies where the patented medicine and generic medicine refer to life-saving and essential drugs. The maximum sale price registration is required to commercialise such drugs via state tenders.

Development of live-saving and essential drugs by innovators is costly and involves numerous factors. Patent prosecution and subsequent patent protection are the crucial elements of further investment activity.

By obtaining the marketing authorisation and maximum sale price registration within the patent term for the original (referential) medicine, the generic medicine may not appear on the market until the court, enforcement authority or regulator takes measures. Taking such measures involves patentee participation (eg, filing a lawsuit) and, until the enforcement decision, the interest of patients and innovators’ distributors should be paramount.

There is no express Bolar-like provision under the Civil Code (the main legal act on patent protection matters), where it is clearly and expressly written that it is completely legal to obtain the marketing authorisation or maximum sale price registration of the medicine within the patent protection term. However, reflection regarding a Bolar-like provision as interpreted by the courts is found in Article 1359 of the Civil Code. Among other exemptions, the article provides that performance of scientific research on the product or process in which the invention is used or experimented with does not constitute an infringement of patent rights.

The precedential case applying this norm was Case 2578/09 of the Supreme Commercial Court (June 16 2009), where the court indicated that manufacturing and submitting the samples of the generic medicine (for obtaining an marketing authorisation) cannot be considered as an infringement of the patent rights. However, the court highlighted that the manufacturing and storage of a medicine before a patent expiration for sale or other commercialisation following patent expiration would be patent infringement.

Despite being applied in later cases (eg, Ninth Commercial Appellate Court, October 14 2009, 09A∏-14020/2009-GK (Case A40-56217/08-110-454) the position of the Supreme Commercial Court did not answer the question regarding whether obtaining the marketing authorisation (including but not limited to cases where there was a gap of several years between the generic marketing authorisation grant and the patent expiration, let alone the maximum sale price) is a threat of patent infringement.

The fact that the marketing authorisation is granted during the patent protection term may lead to the premature launch of a generic medicine on the market during the patent protection term. Such a situation occurred in Cases A40-30124/2015 and A40-30012/2015, where the defendants’ medicines were offered for sale via state tenders before expiration of the patent term. The patent owner was successful in the said patent infringement actions, but it demonstrated that a marketing authorisation is obtained to commercialise the generic medicine and the courts should use other legal tools to prevent such infringements.

The breakthrough example changing this can be found in the recent decision of the Ninth Commercial Court of Appeals (December 26 2017, 10A∏-18326/2017, Case A41-85807/16). In this case, the defendant argued that threat of infringement was not proven since the defendant was not advertising, manufacturing or offering for sale his generic product by participating in state tenders. The court dismissed these arguments, citing the two following provisions:

If applied in further cases and shared by other courts, the position will lead to a more enhanced level of protection for innovators.

The patentee in a pharmaceutical patent dispute could consider the following remedies:

Court expenses in Russia, unlike in some jurisdictions, may be recovered by the court from the losing party.

Nevertheless, with the emerging trend necessitating more careful attention to the ‘threat of rights’ concept, it is impossible to exclude the fact that consistent filing of interim measures may lead to a much-expected increase of interim measures applied in judicial practice.

Articles 47 and 57 of the Medicines Law expressly ban the import and sale of counterfeit medicines into Russia (as medicines in circulation in breach of civil (including IP) legislation). Manufacture of such medicines is also banned under the general provisions of the Civil Code. According to Resolution 674 (September 3 2010), such medicines are subject to seizure and destruction at the expense of the importer or seller under the procedure approved by the government.

Under Section 7(32) of the Medicines Law, a court decision holding that exclusive rights were infringed is grounds to revoke the marketing authorisation of the generic medicine. Judicial practice interprets the provision to the extent that such a decision must be rendered within a civil lawsuit, not within a case challenging the decision of the administrative authority (the Intellectual Rights Court, September 20 2016, C01-542/2016, Case N A40-158999/2015).

In 2017 the provisions were effectively applied in Russian judicial practice when the Ninth Commercial Appeal Court held that the Ministry of Health decision to dismiss the examination of the generic medicine was legitimate. The court indicated that a marketing authorisation application could be filed no earlier than the expiration of the original medicine’s marketing authorisation (June 16 2017, Case A40-657/17).

Medicines and pharmaceutical substances are recorded in the state register. The registers do not provide information regarding whether the specific medicine or substance is under patent protection. There is also no obligation for the marketing authorisation applicant to cite any patent protection in the application and registration dossier or to provide a guarantee that third parties’ intellectual rights are not infringed.

The introduction of information on patent protection in the state register, as well as the applicant’s obligation to guarantee that the filed medicine does not infringe patent rights, may serve as a measure to increase awareness and decrease prospective infringements.

Another option to safeguard a more comfortable and predictable environment will be to introduce a marketing authorisation system with a delayed effect of operation (ie, a specific indication in the regulatory register that the marketing authorisation for a generic medicine becomes effective after the expiration of the patent for the original (referential) medicine).

On February 14 2018 the Ministry of Health issued an information letter (418/25-5) regarding clarifying questions relating to the supply of medicines for state needs. The ministry lists examples of cases where the state customer may reject the maximum sale price submitted by a participant (eg, the presence of the maximum sale price registration is grounds for participation in state tenders for the supply of life-saving and essential drugs).

Among such cases are situations where the specific medicines at issue are not commercialised on the Russian pharmaceutical market and cannot be supplied to a state customer in case the state supply contact is entered into (ie, breach of exclusive rights). Such a position, expressly shared by the regulator, is a breakthrough in comparison with a 2014 case in which the court indicated that the protection of patent rights should be sought in a judicial or administrative order and not by rejecting the participation of a generic medicine in a tender (Federal Commercial Court of Moscow Region, February 17 2014, F05-17393/2013, Case A40-32698/13-17-317).

Federal and local health authorities and institutions regularly purchase medicines via state tenders. On October 26 2017, as part of its powers within the procurement system, the Ministry of Health approved the template contract for supplying medicines (Order 870n).

The template contract includes Provision 13 entitled ‘Exclusive Rights’, under which:

The presence of such a provision in the template contract for the supply of medicines is a cold shower for potential infringers. The provision demonstrates the authorities’ proactive approach to decrease the risk of potential patent rights infringement. 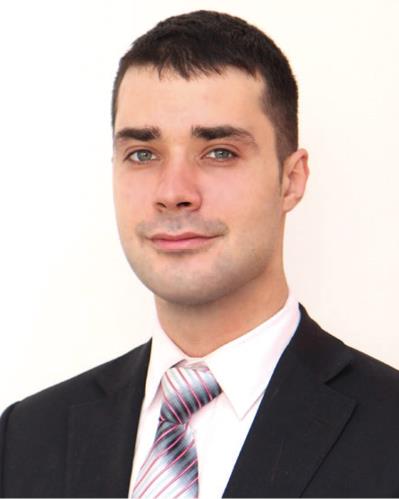 Mr Goryachev speaks English and French and is the author of several articles on IP and commercial law matters.