The European patent system allows for protection of a known substance or composition for treating a disease in further therapy of the same disease, provided that such further therapy has not yet been published and provides new and surprising advantages to the patient. In recent years, since Enlarged Board of Appeal Decision G02/08, the European Patent Office (EPO) has been increasingly flexible in allowing the protection of second or further medical uses of a known substance or composition.

Such second or further medical use could potentially be as broad as to be related to “any specific use of such substance or composition in a therapeutic method” (Article 54(5) of the European Patent Convention (EPC) 2000), provided that such use does not comprise the state of the art, thereby opening up the possibility to protect “any such specific use in a therapeutic method” where it meets all other EPC requirements. It seems to mirror the exponential development of personalised medicine, wherein specific drugs are tailored to the individual patient based on patient (genetic) context.

This analysis is based on an EPO Board of Appeal decision (T108/09).

Due to acquired resistance to a particular cancer treatment, it is common for cancer patients to first be treated with a given drug (eg, tamoxifen), then with a second drug (eg, an aromatase inhibitor) as soon as resistance to the first drug occurs, and possibly with a third drug (eg, fulvestrant) as soon as resistance to the second drug occurs. Using fulvestrant as a third line of treatment was considered a novel cancer therapy, although fulvestrant was already known as a first and second-line cancer treatment. Granted Claim 1 reads: “Use of fulvestrant in the preparation of a medicament for the treatment of a patient with breast cancer who previously has been treated with an aromatase inhibitor and tamoxifen and has failed with such previous treatment.”

The idea behind the novelty of the third line of treatment with fulvestrant is that the tumour cells of the patient treated with the first drug and subsequently with the second drug have changed from a physiological and pathological point of view, have become more difficult to treat and are therefore no longer identical with the tumour cells of a patient treated with fulvestrant as a first or second line of treatment.

In this new case, a new subgroup of cancer patients was identified by reference to the drugs used in the first and second lines of treatment “who previously [have] been treated with an aromatase inhibitor and tamoxifen and have failed with such previous treatment”.

It was argued that such a claim would not be sufficiently disclosed, as there would be no experimental examples in the application as filed. However, the board did not find this argument persuasive as the application as filed as a whole provided ample information as to the dose, formulation and administration mode of fulvestrant. In addition, the cancer patient in question is under strict surveillance by a physician who will decide which treatment to give, when the treatment has failed and when a new treatment must be applied. The patent therefore does not need to disclose a general method for determining failure of a treatment with an aromatase inhibitor and tamoxifen.

In such an invention (ie, a second or further medical use of a known drug), wherein a subgroup of patients is treated with a known drug, it is advisable to provide experimental data confirming that the subgroup treated has a different physiological and pathological status. For example, in T108/09, it would be interesting to demonstrate that tumour cells treated with the first and second lines of treatment are not identical with those treated only with the first line of treatment: different markers could be expressed and different behaviours could be exhibited in response to external stimuli. If such additional evidence is provided in the patent application, or possibly as post-published evidence, there will be strong arguments for getting protection for such new use of a known drug (ie, fulvestrant) as a new (ie, third line of) cancer treatment.

Although the European patent system has decided to provide more flexibility to applicants to allow the protection of a second or further medical use of a known substance or composition, applicants should be aware that such new types of invention should meet all EPC requirements. Even if novelty may be acknowledged on the balance of doubt, experimental data may be required to support the presence of an inventive step to demonstrate that a specific technical advantage is present for the new subgroup of patients treated with this known drug. 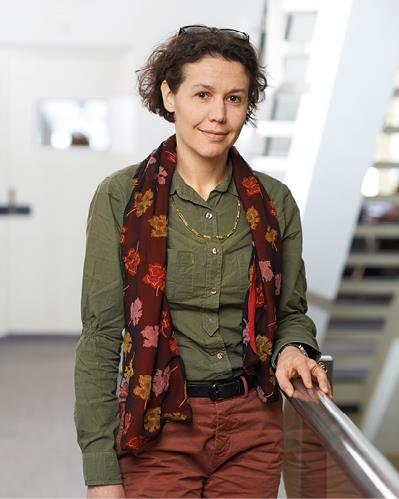 Caroline Pallard is a European and Dutch patent attorney and a partner at NLO. She joined NLO in 2006 after working at DSM/Gist-brocades in Delft and completing a postdoctoral fellowship at the Dutch Cancer Institute, where she specialised in immunology and biochemistry. She practises in the area of biotechnology, particularly molecular biology, genomics, biochemistry, haematology and microbiology. Dr Pallard has extensive experience of drafting and prosecuting complex patent applications and supporting licence negotiations and IP due diligence, including for initial public offerings. She frequently advises biotech start-ups on their IP strategies.