Merck claimed that Hovid had infringed the ‘194 patent by commercialising alendronate 70 milligram (mg) tablets. Hovid, which had National Pharmaceutical Control Bureau approval to market generic alendronate in the form of 70mg tablets, responded with a counterclaim of invalidity. The court found the ‘194 patent to be invalid due to lack of inventive step. Thus, the claim for infringement became moot.

Among the issues considered, the following were pertinent to life sciences patent owners:

Claim 1 of the ‘194 patent was directed at use of alendronate in the manufacture of a medicament for inhibiting bone resorption in humans and recited that the medicament must be administered orally, in a unit dosage form containing from 8.75mg to 140mg of alendronate, according to a continuous schedule, once every three days to once every 16 days.

Counsel for Hovid submitted that Claim 1 essentially constituted a dosing regimen which was a method for treatment excluded from patentability by Section 13(1)(d). Counsel for Merck contended that Claim 1 read as a Swiss-type medical use claim, which did not fall within the ambit of Section 13(1)(d), citing the EPO Enlarged Board of Appeal decision EISAI (1985 OJ EPO 64) and the UK Court of Appeal judgment in Actavis v Merck ([2008] RPC 26 as support).

Citation of EISAI was objected to but the court was of the view that although the EPO boards’ decisions were not binding on the courts, they may be applied for issues where the applicable provisions of the European Patent Convention (EPC) are identical or similar to the act. The court added that: “There is no principle or policy consideration which bars Malaysian Courts from referring to the decisions and the expertise of the EPO’s Board of Appeal and Enlarged Board of Appeal.” This sets an important precedent, as the Malaysian IP Office (MyIPO) leans toward EPO decisions when considering substantive patent issues.The court considered Articles 52(4) and 54(5) of the EPC 1973, directed at exceptions to patentability and novelty respectively, to be substantially similar to Sections 13(1)(d) and 14(4) of the Patents Act. Although Section 13(1)(d) of the act bars the patentability of a method of treatment, the court (citing EISAI) was of the view that Section 14(4) allows for the patentability of the use of a treatment method.

The basis for patentability of Swiss-type second medical use claims in EISAI is not Article 54(5) of the EPC, which corresponds to Section 14(4) of the Patents Act. Rather, patentability of Swiss-type claims hinged on Article 52(4), which reads in part that: “methods for treatment of the human or animal body by therapy… shall not be regarded as inventions which are susceptible of industrial application.” The Enlarged Board of Appeal considered that: “Claims directed to the use of a substance or composition for the preparation of a pharmaceutical product are equally clearly directed to inventions which are susceptible of industrial application.” In contrast to Article 52(4), the exclusion from patentability of methods of treatment in Section 13(1)(d) of the act does not hinge on industrial applicability, but is an explicit exclusion from patentability.

The corresponding Section 2(6) of the UK Patents Act 1977 had been interpreted as protecting only first medical use due to the phrase ‘any such method’, which was taken to convey the meaning that once one therapeutic use is known, claims to further therapeutic uses lack novelty. ‘Any such method’ is also recited in Section 14(7) of the Singapore Patents Act and Section 14(4) of the Malaysian Patents Act, which “shall not exclude the patentability of any substance or composition… for use in a method… if its use in any such method is not comprised in the prior art”. However, the Singapore judges opined that Section 14(7) of the Singapore Patents Act, when read according to its ordinary meaning, does protect any first or subsequent medical use which is not part of the state of the art, adding that: “By this line of reasoning, even if pregabalin had been in use for the past twenty years to treat ailment P only, the knowledge that it could now also be used for the treatment of ailment Q would make the second use novel. If further uses are devised in future, those uses will likewise be novel. In our opinion, finding a new use for a known substance is no less novel and innovative than finding the substance itself.”

Claims for second medical use are not specifically provided for in the Malaysian Patents Act. However, in line with EPO practice before EPC 2000, MyIPO has been allowing such claims in practice, particularly Swiss-type second medical use claims. Amendments to the EPC and the UK Patents Act have provided for the patentability of subsequent medical use claims through purpose-limited product claims. It is hoped that similar provisions are made in upcoming amendments to the Malaysian Patents Act, to add statutory muscle to the precedent set in the ‘194 patent case.

To the general public, there is no great difference between original drugs (which are typically protected by patents) and generics (with the only distinguishing factor being cost).

Section 49 of the Malaysian Patents Act provides for the compulsory licensing of drugs under certain circumstances and can only be invoked three years from grant or four years from filing. Section 84 provides for exploitation of a patented invention, without consent of the patent owner, in the event of a public health emergency.

These provisions are important in view of the high cost of patented drugs. Malaysia is not accorded special pricing for patented drugs by pharmaceutical companies because it is considered to be a middle-income country.

CIPLA Limited became the first company to benefit from a compulsory licence in September 2004, when the government issued a two-year compulsory licence for the import of generic versions of patented HIV drugs. This reduced the monthly cost of HIV treatment in Malaysia from $315 to $58 per patient.

In August 2017, to increase access to hepatitis C treatment, the government issued a second compulsory licence, this time for the bioequivalent generic of the patented sofosbuvir, one of two drugs in a new antiviral combination. Approximately 400,000 Malaysians are affected by hepatitis C, with only a fraction able to afford treatment. Before the sofosbuvir compulsory licence, the two-drug combination cost RM300,000 per patient for a full course of treatment. Treatment is now available for only RM1,000.

For generics, in addition to a compulsory licence, a Bolar-type exemption ((Section 37) similar to Title 35USC, Section 271(e)(1) added by the US Hatch-Waxman Act) has been available since August 2001.

For patent owners, in addition to reducing patent pendency, the government is expected to introduce provisions for patent term extensions. This could allow for an extension of the 20-year patent term for any delays on the part of MyIPO that cause the pendency period of a patent application to exceed four years, although the extension term will exclude any applicant delays. Term extensions in the event of a delay in grant of marketing approval are also under consideration.

Data exclusivity has been available in Malaysia since March 2011. A five-year exclusivity period for clinical data and an enhanced eight-year data exclusivity for biologics were mooted during negotiations for the Trans-Pacific Partnership Agreement. Other considerations include implementation of a patent linkage system.

International non-proprietary names (INN) are recognised by the World Health Organisation (WHO) as unique names to identify pharmaceutical substances or active ingredients. These generic names or their common stems are globally accepted as public property and cannot be registered as trademarks to avoid confusion and jeopardising public health and safety. However, the Malaysian Trademarks Act 1976 does not specifically prohibit the registration of INNs as trademarks or any mark confusingly similar to an INN. This is unlike, for example, Section 13(b) of the Indian Trademarks Act 1999:

(b) which is declared by the World Health Organisation and notified in the prescribed manner by the Registrar from time to time, as an international non-proprietary name or which is deceptively similar to such name, shall be registered as a trade mark and any such registration shall be deemed for the purpose of section 57 to be an entry made in the register without sufficient cause or an entry wrongly remaining on the register, as the circumstances may require.

The closest provision in the Malaysian Trademarks Act to such a prohibition would be Section 33(4):

No word which is the commonly used and accepted name of any single chemical element or single chemical compound, as distinguished from a mixture, shall be registered as a trade mark in respect of a chemical substance or preparation except that this subsection shall not have effect in relation to a word which is used to denote only a brand or make of the element or compound as made by the proprietor or a registered user of the trade mark as distinguished from the element or compound as made by others and in association with a suitable name or description open to the public use.

In the Malaysian High Court case of Leo Pharmaceutical Products Ltd A/S v Kotra Pharma (M) Sdn Bhd ([2009] 5 MLJ 703), the defendant (in response to a trademark infringement action) counterclaimed to expunge the plaintiff’s registered trademarks FUCIDIN and FUCICORT in Class 5 for pharmaceutical and veterinary preparations. One of the grounds raised was that these marks should not have been registered since they bear deceptive or close resemblance to the active pharmaceutical ingredients (APIs) fusidic acid and corticosteroid in the plaintiff’s products. The plaintiff did not dispute the APIs but responded that the INN guidelines do not form part of the Malaysian Trademarks Act and are therefore inapplicable.

The court agreed that if any INNs are prohibited it should be fusidic acid and corticosteroid, not FUCIDIN and FUCICORT, since the latter two are not “the commonly used and accepted names of any single chemical element or compound” (Section 33(4) of the Malaysian Trademarks Act). Instead the plaintiff’s FUCIDIN and FUCICORT function as trademarks. This is supported by ample evidence from licensed pharmacists and authoritative medical literature tendered in court.

The defendant contended that the plaintiff had used FUCIDIN in a descriptive manner – for example, stating on the instruction inserts that the cream or ointment is fucidin-sensitive. The plaintiff argued that this was due to a mistake which has since been corrected. As for the defendant’s claim that the plaintiff’s trademarks were too close to the INN and thereby depriving generic manufacturers of their rights to use the generic names for their products, the court held there was no unlawful interference with trade as the plaintiff was prepared to accept the use of fusidic acid by the defendant.

Until there is statutory enactment, WHO’s INN guidelines cannot become part of the Malaysian Trademarks Act and companies can continue to choose marks based on pharmaceutical compounds, provided that there is no risk of confusion. 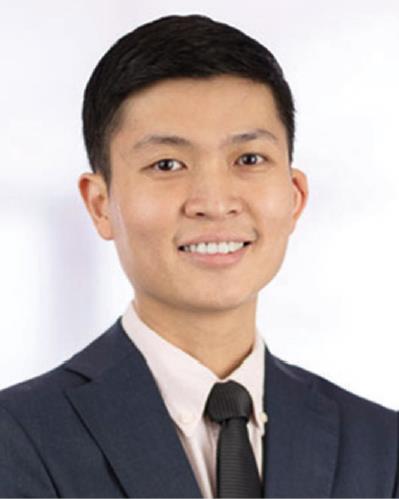 Eng Leong Lim is legal counsel at Henry Goh & Co and a registered agent in Malaysia for patent, industrial design, trademark and geographical indication practices. His expertise includes devising and implementing trademark protection strategies, as well as managing an extensive trademark portfolio for domestic and foreign clients from different industries. He is adept in Malaysian trademark prosecution, administrative hearings and opposition proceedings. In tandem with external solicitors, he has coordinated the successful enforcement and defence of clients’ IP rights at all levels of the Malaysian court system, including negotiations for amicable settlement and coexistence of rights. 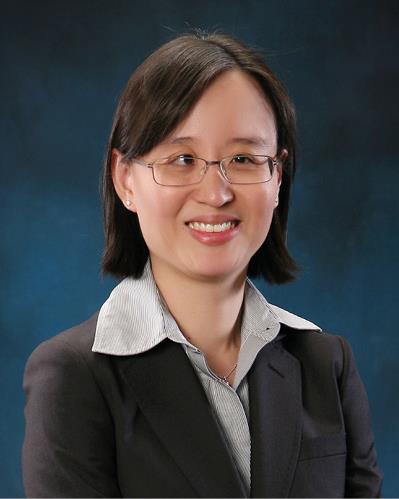 Yen Yen Oon is a patent manager at Henry Goh & Co and oversees patent operations. She holds an LLM from the University of London and an honours degree in microbiology from University Malaya. A registered Malaysian patent, industrial design and trademark agent, she specialises in life sciences patenting. Her advice on drafting and patent prosecution is sought after and her opinions on patentability, infringement, freedom to operate and validity have played a key role in clients’ decision making. She regularly conducts workshops and speaks on patent practice, interpretation of patent claim scope and patent searching. Ms Oon is cited as a recommended professional in the IAM Patent 1000 and has been recognised as a Malaysian IP star by Managing Intellectual Property.