Overview of regulatory reform in China

With the development of the economy, China has become the second largest pharmaceuticals market in the world. However, several serious problems are restricting the development of the pharmaceutical industry. Domestic pharmaceutical companies have little interest in innovation and few innovative drugs have originated locally. The regulatory system has been unfavourable to new drugs approved by other jurisdictions attempting to enter the Chinese market, and patients with severe diseases have not had timely access to advanced therapeutics. Under the current legal framework, originator drugs have no channel through which to prevent a generic drug from being approved by the regulatory process.

To encourage pharmaceutical innovation and protect the interests of innovators, the China Food and Drug Administration (CFDA) has initiated a number of significant regulatory reforms in recent years. These reforms include new classifications of new drugs, proposed data exclusivity, patent term extension, patent linkage and marketing authorisation holders. All these reforms will have a far-reaching influence on the pharmaceutical industry and the Chinese healthcare sector as a whole.

In order to reconstruct the landscape of a domestic pharmaceutical market, encourage innovations in the pharmaceutical industry and accelerate the pace of local companies looking to take a place in the international market, the CFDA launched a new classification system for chemical drugs in 2016.

The CFDA redefined the classification of what is considered a ‘new drug’ and what is a ‘generic drug’. Compared with the 2007 version of the regulations, the scope of new drugs has been narrowed and the classification is stricter and more accurate. The new regulations also expand the scope of generic drugs and apply similar evaluation standards as the International Council for Harmonisation, the Food and Drug Administration and the European Medicines Agency.

The new classification includes five classes. Classes 1 and 2 collectively refer to new drugs which have never been marketed anywhere in the word. The difference between the two classes lies in the fact that Class 1 refers to active pharmaceutical ingredients (APIs) and their formulations that are new in structure and carry clinical value, while Class 2 refers to improved or new forms of drugs with obvious clinical advantages. Classes 3 and 4 collectively refer to generic drugs, of which APIs and their formulations have the same active ingredients, forms, indications, administration routes and dosages as the originator drugs. Class 3 refers to generic drugs already marketed abroad but not in China, while Class 4 refers to generic drugs already marketed in China. Class 5 refers to imported drugs, including both originator and non-originator drugs.

The scope of new drugs has been narrowed. Under the old regulations, a ‘new drug’ meant a drug that had not been marketed in China. Since 2016 it has referred to a drug that has never been marketed anywhere in the world. Imported drugs, redefined in Class 5, no longer belong to the new drug category. From ‘new in China’ under the old regulations to ‘new in the world’ under the new regulations, the requirements for R&D capacity have increased, which should help local pharmaceutical industries meet international standards.

New drugs under the current classification focus more on clinical value and advantage, no longer emphasising only the new chemical structure. Classes 1 and 2 refer to ‘clinical value or advantage’, which means that the clinical value must have more weight in regulatory review. New drugs must have explicit clinical value and improved or new forms of drugs should have an obvious clinical advantage over the originator drugs. Such a classification system should effectively stimulate initiatives for drug innovation entities and prevent low-level repetition of research and development (eg, re-marketing after a simple modification to the drug’s structure).

Without doubt, the new classification system redefines ‘new drugs’ and ‘generic drugs’, focuses on clinical value and advantage in regulatory review of a new drug and raises the standards of quality and efficacy for generic drugs. It is intended to encourage innovation of new drugs and improve the quality of generics, which will in turn contribute to the healthy development of the pharmaceutical industries.

Data exclusivity was added to the Implementing Regulation of the Drug Administration Law in 2002. According to the regulation, data exclusivity provides for the undisclosed data of drug experiments which are independently acquired and submitted by drug manufacturers or sellers to obtain production or marketing approval of the drugs in question which contain new chemical entities. A six-year data protection period will be granted for a drug which contains new chemical entities following market approval. However, no regulations have been prescribed regarding how to enforce the exclusivity, meaning that in practice there is no actual data exclusivity in place.

On May 12 2017 the CFDA released a draft policy encouraging drug and medical device innovation and protecting the interests of innovators. The draft proposed improving the protection of data exclusivity in China.

In respect of further reforming the review and approval system and encouraging the innovation of drugs and medical devices released by the Central Committee of the Chinese Communist Party and the State Council, it has been established that improving and implementing the data protection system is the key. Under the CFDA’s draft policy, data exclusivity should be requested when the applicant submits an application for drug marketing approval, meaning that data exclusivity will not be granted automatically. Data exclusivity starts from the date of approval. Within the exclusivity period, the authority must not approve a marketing application submitted by other applicants regarding drugs of the same type, except for the data obtained by the applicant per se.

According to the draft policy, a certain period of data exclusivity will be granted to new drugs with different levels of innovation, with the aim of encouraging domestic pharmaceutical companies to put more effort into new innovations. Data exclusivity will also be granted to new drugs approved by other authorities within a certain period, which will encourage new drugs approved by other authorities to enter the Chinese market.

It is expected that the implementing regulations will enter into force within the next couple of years.

According to the draft policy encouraging drug and medical device innovation and the protection of innovators’ interests, it is important to establish a drug patent linkage system. The proposed patent linkage system includes a statement about the relevant patent rights, compulsory infringement litigation and the waiting period for approval (which is similar to its US counterpart).

The applicant of a drug registration should submit a statement of rights that the applicant knows and should know. When the drug is approved, the relevant patents and other exclusive right information (eg, the monitoring period and data exclusivity) will be listed in the Catalogue of the Chinese Marketed Drugs (similar to the US Orange Book).

To challenge the relevant patents, the applicant should state that the drug to be registered will not infringe these patents and the patentee should be informed of the relevant drug within 20 days of the application’s submission. If the patentee believes that the patent right is infringed, he or she should institute patent infringement litigation before the judicial branches within 20 days of receiving the applicant’s statement. The drug review authority should also be informed (this is compulsory for infringement litigation).

If the applicant does not state the relevant patents at registration while the patentee initiates an infringement litigation, the drug review authority will place the registration on a list waiting for approval. Under such circumstances, there is no 24-month limitation.

Under the proposed patent linkage system, it is helpful for the patentee, or the originator and generic company, to address their disputes before a generic drug enters the market. The relevant patent rights of the innovative drugs will be public, which is helpful for the generic company to evaluate the risk before launching a generic copy. The patentee or originator could also prevent the generic copy from obtaining market approval by taking suitable actions.

Under the system, innovative organisations need not invest in manufacturing facilities. It is expected that the system will stimulate innovation in the pharmaceutical sector. In future, academic institutions, biotech and pharma companies will utilise the system, while universities, investment companies and individuals could also benefit.

Data exclusivity will be granted to new drugs with different levels of innovation, originating from both the domestic and foreign markets. This will encourage domestic innovations and fast entry of new drugs approved by other authorities, together with acknowledgement of clinical trials conducted abroad.

The proposed patent linkage system provides a mechanism for innovators and generic companies to address their disputes before a generic drug enters the market. A generic company can evaluate the risk before launching a generic drug by relying on the public patent rights of the innovative drugs; while the innovator could intervene or prevent the generic copy from obtaining market approval by taking civil action.

Under the marketing authorisation holder system, innovative organisations need not invest in manufacturing facilities while retaining marketing authorisation. Biotech companies, as well as academic institutions, universities, investment companies and individuals could benefit from such a system, which will promote investment and innovation in the pharmaceutical sector.

In addition to improving the quality of generic drugs, the reforms intend to promote innovation and investment in innovative drugs, expedite the entry of global new drugs into the Chinese market and contribute to the long-term development of the pharmaceutical and healthcare sectors. 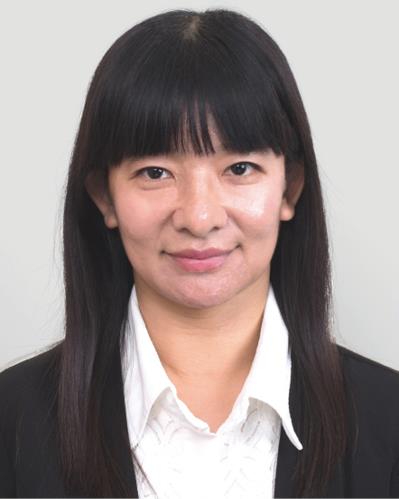 Lili Cao is a partner at Liu, Shen & Associates. She has extensive experience in patent prosecution, re-examination and invalidation and patent-related administrative litigation and infringement lawsuits, especially in the fields of pharmaceuticals, chemistry and biology. She has represented several large international companies in renowned invalidation cases.

Dr Cao started her IP career with Liu, Shen & Associates in 2005 and qualified as a patent attorney in 2007. She is a member of the All-China Patent Agents Association and her working languages include Chinese, English and Japanese.

Dr Cao obtained her BS in pharmacy (1996) and PhD in pharmacology (2005) from Shenyang Pharmaceutical University (China). She received further training in US patent law at John Marshall Law School in 2010. 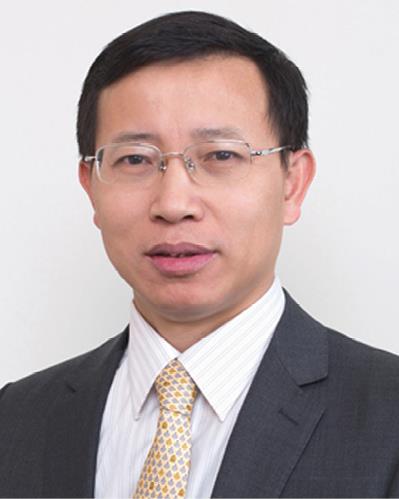