Medical use of cannabinoids – analysis of Brazilian authorities’ position

The medical use of cannabidiol – one of several cannabinoids found in plants belonging to the cannabis genus – has increased significantly over the past two decades.

The medical use of cannabidiol – one of several cannabinoids found in plants belonging to the cannabis genus – has increased significantly over the past two decades. However, the use of cannabis derivatives dates back 2,700 years. A shaman grave from an ancient race that lived in the Gobi Desert was found in the Xinjiang-Uighur autonomous region of China, containing approximately 1 kilogram of cannabis which may have been used for medical purposes such as pain relief. This may be the oldest and most well-documented use of cannabis derivatives for therapeutic purposes.

Cannabidiol is known for its analgesic, anti-inflammatory, antineoplastic and chemopreventive activities. Different from tetrahydrocannabinol (THC) – another cannabinoid present in cannabis which has psychoactive properties – cannabidiol does not seem to provide the hallucinogenic effects of THC, but rather has a neuroprotective effect on some areas of the brain. Even so, pharmaceutical products containing THC are allowed in some countries, provided that a certain amount of this compound is not exceeded. There is some research proving that cannabidiol reduces THC side effects and that a combination of these two cannabinoids provides a synergistic effect, which means that the combination produces an effect that is greater than their individual effects. Therefore, the effects of such a combination can have a positive impact on the treatment of patients suffering from a number of diseases (eg, cancer).

Every year, new studies prove that cannabinoid compounds are potentially effective against several disorders (eg, epilepsy, Alzheimer’s disease, Parkinson’s disease and autism) and their effect over other diseases is being consistently researched worldwide. Even the use of cannabinoids in children is being researched in order to treat epilepsy and other neuropsychiatric disorders, but extra care must be taken to avoid the risk of addiction and other side effects.

Most developed countries, particularly in Europe and North America, authorised the therapeutic use of cannabis sativa derivatives many years ago. Some have already authorised recreational use, which corresponds to use for personal amusement, limited to a certain amount per year. Illustrative examples of how this issue is handled by local governments will be discussed in this chapter, with particular emphasis on patent rights.

In the United States, eight jurisdictions allow cannabis for recreational and medical use. Exclusive medical use is allowed in most states, although they do not follow the same rules. Curiously enough, according to US federal law, the use – whether recreational or medical – and possession of cannabis are prohibited. This occurs because states have the right to their own state law, which may deviate from federal law in some aspects. On the other hand, the US Patent and Trademark Office appears to have no rule against the patentability of cannabis-derived products and processes, and patentees are free to protect the results of their research related to the plant and its derivatives without any legal restriction in terms of patent law, although local patent attorneys believe that the fact that the drug is considered illegal by federal law would impact the enforcement of cannabis-related patents. To add more fuel to the fire, despite the fact that the Drug Enforcement Administration classifies cannabis as a Schedule I drug (which means that it has no accepted medical use and a high potential for abuse), the US government created controversy as a result of US Patent 6,630,507 (granted on October 7 2013), assigned to “the United States of America as represented by the Department of Health and Human Services”. This patent refers to a method of treating diseases caused by oxidative stress (eg, ischemic, age-related, inflammatory and autoimmune diseases), comprising administering a therapeutically effective amount of a cannabinoid – preferably cannabidiol – to a subject in need thereof. No lawsuits have been filed on this matter thus far, but it is likely that this will change in the near future, raising the debate on how a court litigation involving a cannabis-related patent should be decided (namely whether based on federal or on state law).

Medical use of cannabis products is allowed in several European countries (including Czech Republic, Denmark, Finland, Germany, Italy and Spain), but each country has the right to its own legislation to rule on its therapeutic use. There are some rules common to all European countries, such as the prohibition on smoking cannabinoids for medical purposes. Cannabis products are usually sold in Europe as capsules, mouth sprays or dried flowers for vaporisation. One of the most popular products – Sativex (available from GVV Pharmaceuticals) – has been approved in more than 20 European countries to treat spasticity caused by multiple sclerosis and contains a combination of delta-9-tetrahydrocannabinol and cannabidiol. In respect of legal prohibitions in terms of patent protection, European legislation differs from US patent law, since the European Patent Convention (Article 53(a)) establishes that European patents will not be granted to inventions whose commercial exploitation would be contrary to ordre public or morality. Consequently, even if granted by the European Patent Office, it seems that patents granted to products or processes related to cannabis would not be easily enforced or could even be nullified based on Article 53(a) of the European Patent Convention.

South American countries have also legalised cannabis for either medical or recreational use (or both). Uruguay has the most flexible rules in South America when it comes to legal use of the cannabis plant, where three types of use are legal:

In Brazil, although it has been proved that cannabidiol, to some extent, does not provide the psychoactive effects attributed to delta-9-tetrahydrocannabinol, the use of any cannabis sativa derivatives remains controversial. Before 2015 the only way to obtain government authorisation to import cannabidiol derivatives for therapeutic purposes was by filing a court action and proving the need for this type of treatment, which also had to be supported by a clinical report from a renowned Brazilian medical institution. In 2015 the Brazilian Health Surveillance Agency (ANVISA) issued guidelines (RDC 17/2015) defining the procedures and criteria to import cannabidiol-based products on an exceptional basis for the personal therapeutic use of individuals, provided that the patient is registered at ANVISA and there is a prescription made by a qualified professional. According to these guidelines, importation is made on an exceptional basis, which shows that the authorisation is not easily obtained and may take some time. It is also possible to obtain authorisation to cultivate cannabis sativa for individual medicinal use, but such authorisation must be obtained by filing a request to a criminal judge. In other words, there is no administrative procedure to cultivate cannabis in Brazil other than by taking legal measures.

In 2017 ANVISA finally announced that rules to regularise cultivation of cannabis for research and medicinal production should be published in 2018. This is probably due to the increased number of court actions being filed before Brazilian courts requesting permission to cultivate cannabis for individual use, since approximately 3,000 Brazilian patients treat diseases by using cannabis derivatives and this number keeps growing every year. One important step that demonstrates the government’s goodwill to simplify local rules is the granting of registration to Mevatyl, a combination of THC and cannabidiol to treat moderate to severe spasticity caused by multiple sclerosis. Mevatyl, registered in the name of Beaufour Ipsen Farmacêutica, is the Brazilian medicine corresponding to Sativex and is the first cannabis-derived product registered by ANVISA. Before Mevatyl, the registration of cannabidiol-based products in Brazil, for pharmaceutical or any other use, was prohibited. After the successful registration of Mevatyl, it is believed that many other pharmaceutical companies will be encouraged to apply for registration of other similar products with the aim of commercialising cannabis-derived products in Brazil as soon as allowed by ANVISA.

The position adopted by the Brazilian Patent Office (BPO) is more restrictive than that of the regulatory agency and it appears that no changes will be implemented in the near future. Any patent application that mentions cannabis sativa derivatives, even if not specifically claimed, will be rejected by the BPO due to Article 18(I) of the Industrial Property Law, which establishes that everything that is “contrary to moral, good habits and public security, order and health” will be regarded as non-patentable subject matter. Moreover, even if by any chance the BPO did not take into consideration the citation of cannabis in patent applications, Article 229-C of the Industrial Property Law would lead to the same outcome - namely, the permanent rejection of the patent application. This article establishes that “the grant of patents for pharmaceutical products and processes shall depend upon the prior approval from the National Health Surveillance Agency (ANVISA)”. Thus, the submission of all patent applications related to pharmaceutical products and processes to ANVISA is mandatory, since without ANVISA’s prior approval a patent will not be granted in Brazil. ANVISA’s procedure was simplified in 2017, compared to previous prosecution in which ANVISA had the right to analyse patentability requirements along with public health issues. The current procedure limits ANVISA to analysing health issues and the only way to obtain prior consent denied by ANVISA is to file an application comprising one or more substances which are prohibited in Brazil. As the cannabis sativa plant and its derivatives are included on ANVISA’s list of prohibited substances, it is easy to conclude that ANVISA denies prior approval to all applications that mention the cannabis sativa plant and its derivatives, even if the citation is made only in the specification.

In view of the present scenario, it is possible to infer that the legalisation of cannabis in Brazil is a matter of prohibition regarding regulatory aspects, and in terms of the protection of patent rights. Such a strict position puts innovative companies in a ‘danger zone’, since their patent applications will not be allowed in Brazil unless the therapeutic use of cannabis sativa is recognised and legalised. Nevertheless, if this legal prohibition suddenly ends and the government decides to regularise medical use of cannabis, it may be too late for a number of patent applications that have already been rejected by the BPO or that have never been filed due to the BPO’s strict position. As a result, many investments in the research and development of cannabidiol-based medicine would be lost and innovators’ achievements would be in the public domain, a fact that can discourage pharmaceutical companies to invest in the Brazilian market, resulting in harm to patients. 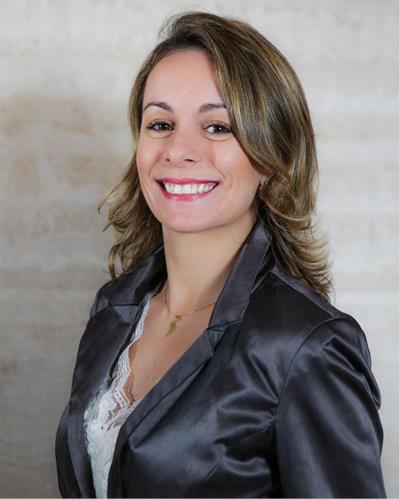 Gabriela Salerno is a partner in Montaury Pimenta, Machado & Vieira de Mello’s patent department. She graduated with a BSc in chemical engineering from the Federal University of Rio de Janeiro, Brazil. She advises her clients on a wide range of technical issues regarding patent prosecution, particularly in the pharmaceutical and biotechnology fields. She is the current chairman of the Biotechnology Committee of the Brazilian Association of Intellectual Property. Ms Salerno has a background in innovation management and coordinating projects relating to competitive intelligence.