Russian judicial practice generally reflects the perception that intellectual property is a legitimate monopoly (eg, Constitutional Court Ruling 171-О of April 22 2004). However, every rule has its exceptions. Hence, Article 1229(1) of the Civil Code provides that the code may establish exemptions under which third parties may use specific IP rights without the owner’s consent.

The exemptions regarding inventions are specifically established in Article 1359 of the Civil Code. Among other exceptions, this article provides that “performance of scientific research on the product or the process in which the invention is used or carrying out an experiment on such product or process does not constitute an infringement of patent rights”.

The cited provision forms a cornerstone of the Russian version of what is known in other jurisdictions as the Hatch-Waxman exemption, the Bolar provision, the Roche-Bolar provision or simply the research exemption.

Following the reform of Russian IP legislation, Part IV of the Civil Code was adopted as the primary IP law from January 1 2008. The wording of the research exemption in the Patent Law was thus transferred to Article 1359 of the Civil Code.

That said – and taking into account that Article 1358 of the Civil Code permits the import of patented products to Russia only with the consent of the patentee – would it be legitimate for a generic company to import the specific amount of a patented original medicine required to perform a test without the patentee’s consent? The courts have yet to explore this issue in detail.

However, according to Article 18(19) of the Medicines Law (N 61-FZ/2010), the marketing authorisation holder (often either the patentee or an affiliated company) must provide applicants for clinical trials with samples of a biotechnological or orphan medicine for consideration. This amendment has been effective since January 1 2016.

For patented biotechnological or orphan medicines, marketing authorisation holders must submit samples of such medicines to generic companies in order to perform clinical trials.

However, the same amendments specify that a generic company may file for a marketing authorisation four years (three years in case of biosimilars) after registration of the original medicine.

The Civil Code definition of ‘research exemption’ includes no specific provisions regarding medicines (for which the need to obtain marketing authorisation is implied). Before the data exclusivity provision took effect in 2012, courts dealt with the practical issues surrounding:

Case А40-65668/08-27-56 is considered to be the main research exemption case in Russia. In this case, a global pharmaceutical innovator sued a local generic company for patent infringement. The plaintiff requested that the defendant be prohibited from:

The first-instance court granted the claims in full; its decision was upheld by the appellate and cassation court (ie, courts hearing appeals on the existing case record).

However, the defendant appealed to the Supreme Commercial Court, requesting, among other things, revocation of the court decisions relating to the prohibition against state registration of the generic medicine.

In Resolution 2578/09 of June 16 2009 the Supreme Commercial Court established that the lower courts had no grounds to regard the defendant’s actions in manufacturing samples of the generic medicine for marketing authorisation purposes as infringement.

As a result, the court revoked the lower courts’ decisions and issued a new decision, under which the defendant was prohibited from manufacturing the generic medicine except for the manufacture of samples for state registration.

The court reasoned that activities aimed at gathering and submitting the documents for state registration of a generic medicine in order to use that medicine after the original medicine’s patent expires cannot be treated as use of the invention. These activities may be considered as preparation for use of the medicine, and therefore cannot be considered as patent infringement.

Further, by expressly invoking the research exemption, the court indicated that manufacturing and submitting samples of a generic medicine (for obtaining marketing authorisation) cannot be considered as infringement of the patent rights. However, the court pointed out that the manufacture and storage of medicine before patent expiration for sale or other commercialisation after patent expiration would constitute patent infringement.

The findings of that case were invoked and developed in other patent infringement cases. In particular, in Case А40-66073/09-51-579 (Resolution 11025/11 of January 31 2012) the Supreme Commercial Court specifically ruled that state registration of a medicine is not use of an invention and cannot be considered as patent infringement.

Similar findings, also invoking Resolution 2578/09 of June 16 2009, were made in the Ninth Commercial Appellate Court’s ruling in Case А40-56217/08-110-454 (Resolution 09АП-14020/2009-GK of October 14 2009), which expressly indicated that the defendant’s activities in obtaining the marketing authorisation – as well as the state registration itself – could not be treated as patent infringement.

The above cases were adjudicated before Russian accession to the World Trade Organisation (WTO). The research exemption should thus be interpreted in light of the newly introduced data exclusivity provision, which has narrowed its application significantly.

On October 11 2010 Russia amended the Medicines Law through Federal Law N 271-FZ/2010, which introduced a data exclusivity provision. This was a consequence of Russian harmonisation with principles under the Agreement on Trade-Related Aspects of Intellectual Property Rights and its planned WTO accession.

The amended Article 18 of the Medicines Law reads as follows:

Violation of the prohibition specified by this Clause shall entail the responsibility in accordance with the legislation of the Russian Federation.

The data exclusivity provision came into force following Russia’s accession to the WTO on August 22 2012. From that date, special provisions on data exclusivity restricted the right to file for a generic marketing authorisation under the research exemption.

The same amendments now provide for the application for marketing authorisation from four years after the original medicine registration (three years for biosimilar medicines).

In light of previous judicial practice regarding the research exemption, the new data exclusivity provisions define the steps which must be taken by a generic company in order to file for a marketing authorisation after research has been undertaken.

Last year saw the first data exclusivity case adjudicated by a Russian court, Case А40-188378/2014. In this case a global pharmaceutical company sued two local generic companies and the Ministry of Health, claiming revocation of the marketing authorisation for the generic medicine and prohibition of use of the information from clinical or pre-clinical trials of the original medicine for registration of the defendants’ generic medicine.

The first-instance court dismissed the claim, ruling that the application for the generic medicine has been filed before Russian accession to the WTO, therefore establishing that the data exclusivity provision could not be applied retroactively.

However, the appellate court revoked the first-instance decision and granted the claims, indicating that the application for the generic medicine had indeed been filed after Russian accession to the WTO. While establishing whether data from clinical or pre-clinical trials had been used for registration of the generic medicine, the court noted the following:

The generic company and the Ministry of Health filed a cassation (ie, on the case record) appeal to the IP Court, which dismissed the appellate court decision, upholding the first-instance decision to dismiss the claim.

The IP Court disagreed that the mere fact of the fast-track registration procedure for the defendant’s medicine proved the use of the plaintiff’s clinical or pre-clinical trials by the defendants.

Further, the IP Court disagreed that the data exclusivity provision extended to any information on clinical or pre-clinical trials for the original medicine. It reasoned that the fast-track registration procedure permits generic companies to submit publicly available articles from specialised sources and documents containing the results of bioequivalence research or therapeutic equivalence reports.

From these provisions, the IP Court concluded that the data exclusivity provision does not extend to information published in specialised sources, since the legislation specifically indicates that the use of such information is legitimate. The court held that interpretation to the contrary would make implementation of the fast-track procedure impossible.

The IP Court noted that the defendant used specialised publications, while the data exclusivity provision protects only information resulting from trials that has been submitted by the applicant for registration of the original medicine. The court indicated that the plaintiff had not provided information from trials – as submitted by the plaintiff to the Ministry of Health – to the first-instance court or the appellate court.

The plaintiff in this first data exclusivity case appealed to the Economic Board of the Supreme Court, which is presently considering the case.

The ultimate decision in this case will help interested parties to understand the correlation between the research exemption and the data exclusivity provision – namely, it will clarify the conditions for a generic marketing authorisation to be recognised as legitimately obtained after research or experimentation has been carried out.

At present, the research exemption regime in Russia may be characterised as twofold.

The general provision on the research exemption (without specific provisions for medicine patents) is provided for in the Civil Code, which does not define set boundaries after which ‘research’ and ‘experiments’ become illegitimate. Although previous practice (ie, before the introduction of the data exclusivity provision) in pharmaceutical-related disputes interpreted the general provision to the extent that a generic company might produce samples of the medicine and file for a marketing authorisation, further commercialisation before patent expiry will be considered as infringement.

The counterpoint to the research exemption (ie, the data exclusivity provision) is provided in the Medicines Law, which prohibits the use of data from the original clinical or pre-clinical trials for commercial purposes (but allows filing for marketing authorisation within the specified terms), and obliges the marketing authorisation holder to provide samples of a biotechnological or orphan product to generic companies for clinical trials. 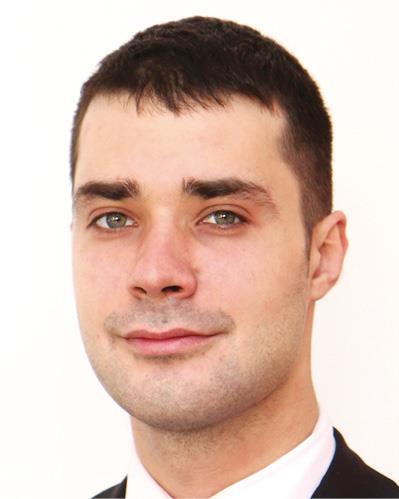 Ilya Goryachev graduated from Moscow State Linguistic University in 2012 as an international lawyer. He focuses on providing legal support in IP and general commercial matters, including unfair competition matters; domain disputes, licensing and assignments; franchising and other IP-related transactions; advertising and marketing regulations; IP issues in M&A transactions; IP due diligence; personal data protection; and industry-related regulatory affairs, including in life sciences. Mr Goryachev also assists with IP enforcement and anti-piracy action, handling all kinds of IP infringement cases before the courts and administrative bodies. Mr Goryachev is the author of several articles on IP and commercial law matters. He speaks English and French.