Protection and enforcement of second medical use claims

This chapter reviews recent developments at the European Patent Office (EPO) regarding the patentability of second or further medical use of substances or compositions, focusing on the Swiss-type claim and its successor, the purpose-limited product claim, as introduced by the European Patent Convention. The chapter then turns to recent case law developments in the Netherlands in the field of Swiss-type claims, before providing insights as to the enforcement of such European patents.

Protection of second and further medical use

A second or further medical use of a substance or composition can be so broad as to relate to “any specific use of such substance or composition in a therapeutic method”, as stated in Article 54(5) of the European Patent Convention, provided that such use was not comprised in the state of the art. This opens up the possibility of protecting “any such specific use in a therapeutic method”, where all other requirements of the convention have been met. This seems to dovetail with the exponential development of personalised medicine, in which specific drugs are being tailored to individual patients based on their genetic context.

Following Decision G5/83 of the Enlarged Board of Appeal, second or further medical use claims were initially drafted as Swiss-type claims. This is a purpose-limited process claim, reading as: “use of compound X or composition Y for the manufacture of a medicament for treating disease Z.”

However, following Decision G02/08, a new claim format was introduced to be aligned to the wording of a second or further medical use of a substance or composition under Article 54(5) of the European Patent Convention. This new claim format is a purpose-limited product claim, reading as: “compound X or composition Y for treating disease Z.”

Novel second or further medical uses of a known substance or composition must also fulfil other requirements of the European Patent Convention, particularly formal requirements (Article 123(2)), since the EPO is quite stringent in allowing claim amendments. In addition, such novel second or further medical uses must not be chosen arbitrarily. They must contribute to the claimed technical effect to be considered inventive (Article 56). This contribution should already have been at least partly demonstrated in the application as filed and could later be further backed up by post data.

The EPO previously confirmed in at least two Board of Appeal decisions (T1780/12 and T0015/14) that it is possible to obtain two distinct patents within the same patent family owned by the same patentee – one claiming the second or further medical use of a substance or composition as a Swiss-type claim (ie, purpose-limited use claim) and the other claiming it as purpose-limited product claim – without any double-patenting issue. Both patents claim the “same invention in a different format”. However, according to the principles laid down in Decisions G01/05 and G01/06 of the Enlarged Board of Appeal, double patenting arises when two patents of the same owner claim the same subject matter. In this context, ‘the same subject matter’ has been defined in G2/88 as being embodied by the claim categories and technical features of the claims. Swiss-type claims and purpose-limited product claims belong to two distinct claim categories (ie, use and product). In addition, a Swiss-type claim comprises a technical feature referring to the manufacture of a medicament, which is not present in a purpose-limited product claim. The board has concluded that the ‘same subject matter’ is not present in each of these types of claim and therefore there is no double-patenting issue.

The Board of Appeal has further held that the scope of protection between the two types of claim are not identical. Article 69(1) of the European Patent Convention defines the scope of protection of a patent by its claim categories and technical features. This difference in terms of scope of protection was already confirmed in T250/05, where the board did not allow change from a granted Swiss-type claim into a purpose-limited product claim, since it would contravene the requirements of Article 123(3) (ie, it would be an amendment resulting in the extension of protection after grant).

As a result of the developments regarding how second or further medical uses could be protected, an increasing number of patents have purpose-limited product claims and the coming years will show which challenges are faced by patentees enforcing their purpose-limited product claim patents. However, for the time being, many Swiss-type claim patents exist that are and will be enforced. What difficulties will parties face in court when enforcing Swiss-type claims? The following section focuses on the most recent Swiss-type claim judgment in the Netherlands, which was clearly influenced by the latest case law in the United Kingdom.

Dutch enforceability of Swiss-type claim: not yet a Sunny day?

Unlike a purpose-limited product claim under Article 54(5) of the European Patent Convention, which provides full product protection for a certain indication, a Swiss-type claim (ie, a purpose-limited process claim) provides protection for the manufacturing method of a medicament (or a product directly obtained as a result of the application of the patented method) for a certain indication. Often, generic manufacturing is centralised in one country – frequently outside the European Union. This means that a patentee which believes that its Swiss-type claim patent is infringed can argue only indirect or direct infringement, based on the product directly obtained by the method for the patented indication.

Novartis held a Swiss-type claim patent on the use of zoledronic acid for the preparation of a medicament for the treatment of osteoporosis, to be administered intravenously according to a certain dosing regimen and interval. Sun applied for a Dutch marketing authorisation for its generic zoledronic acid (5mg/100ml) with reference to Novartis’s product; the marketing authorisation was granted for treating both the indication osteoporosis and Paget’s disease (an alternative use for zoledronic acid that is not patented). After an objection by Novartis, Sun carved out osteoporosis from the product’s summary of product characteristics and leaflet (although this was not indicated on the website of the Medicins Evaluation Board). Sun won a tender from a health insurer for the supply of the zoledronic acid medicament. Due to the so-called ‘preference policy’, Sun’s zoledronic acid would be supplied to insured patients even if the doctor prescribed Novartis’s product. Novartis had proven that 97% of its zoledronic acid was prescribed for osteoporosis and only 3% for Paget’s disease. From this perspective, it was highly likely that Sun’s generic product would have a similar market application. Sun sent wholesalers and hospital pharmacists an email indicating that as a matter of formality, zoledronic acid was licensed only for Paget’s disease and not osteoporosis, as patented by Novartis.

Novartis launched preliminary injunction proceedings against Sun. The first-instance judge rejected the injunction because there was a serious chance that the patent would not survive a nullity attack. However, the Court of Appeal of The Hague ruled in early 2015 that Sun had indirectly infringed Novartis’s patent, as provided for in Article 73(1) of the Patent Act (Novartis/Sun, January 27 2015, C/09/460540 / KG ZA 14-185).

Without giving too much attention to all of the requirements of Article 73(1) of the Patent Act, the court decided that generic zoledronic acid (5mg/100ml) was a substantial element of the invention and that it must have been clear to Sun that its generic product would eventually also be prescribed for osteoporosis. Sun also argued that it was forced by the insurer to tender without making a difference for indications and that, among other things, it had also sent an email to wholesalers stating that Sun’s product was intended only for Paget’s disease. However, the appeal court found this insufficient.

The parties continued in the main proceedings and in November 2015 the District Court of The Hague ruled that Sun had not indirectly infringed Novartis’s patent (Sun/Novartis, November 25 2015, C/09/469148/HA ZA 14-770). With reference to Board of Appeal Decisions G5/83 and T1780/12, the district court assumed that a Swiss-type claim should be considered as a purpose-limited process claim, and thus a method claim. It also assumed that zoledronic acid was an essential element. For fulfilling one of the other requirements for indirect infringement – namely, offering or supplying the essential element for putting the invention into effect – the district court held that ‘putting the invention into effect’ could be understood only as manufacturing zoledronic acid for the treatment of osteoporosis. In that event there could be no indirect infringement, since after Sun’s delivery to Dutch wholesalers, no manufacturing took place down the distribution chain. Novartis’s view that ‘putting the invention into effect’ was equal to providing a destination for a product would be acceptable only if a Swiss-type claim were be considered as a purpose-limited product claim under the European Patent Convention – which it is not.

The court further justified its judgment with references to recent judgments of Justice Arnold in the United Kingdom that had a similar outcome ([2015] EWHC 72 (Pat); [2015] EWHC 223 and 249 (Pat)). Some of these UK judgments have been appealed. However, the approach advised by the UK Court of Appeal in its interim judgment on the construction of Swiss-type claims seems not to have changed Arnold’s view – as is apparent from his latest judgment on the absence of indirect infringement ([2015] EWCH 2548 (Pat)).

It will be interesting to see how this will be dealt with on appeal, which is scheduled for Summer 2016.

If indirect infringement of Swiss-type claims is impossible, the question that remains is whether direct infringement is a viable enforcement route for a Swiss-type claim patent. With actual manufacturing often taking place outside the country of enforcement, the underlying idea is that direct infringement might be argued regarding the use, sale or supply of a product directly obtained by the method for the patented indication, the end use of the medicament. The District Court of The Hague held that this discussion has not yet developed sufficiently (undetermined issues include the knowledge and therapeutic destination of the medicament and which party shall be considered a manufacturer), and that further clarity must be provided to the market on the scope of protection of Swiss-type claims.

For that reason it allowed Novartis and Sun to file further submissions despite the very strict procedural timelines of the Dutch accelerated regime. Such issues show similarities with the above UK Court of Appeal’s interim judgment which, on the point of direct infringement, held that this will be available if the manufacturer knows or can reasonably foresee the ultimate intentional (protected) use of the drug by the end user. In this determination, as Arnold’s latest judgment shows, case-relevant circumstances (eg, the launch date and steps to prevent a wrong prescription) and role of the actors (eg, the manufacturer and pharmacist) must be assessed.

With many Swiss-type claims still alive and Dutch and UK judgments forthcoming, it will be interesting to see whether Sun will be shining in Summer 2016. 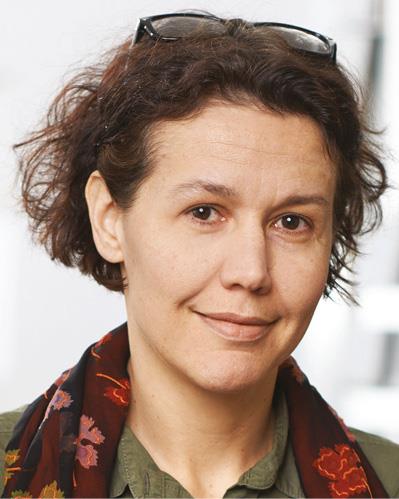 Caroline Pallard is a European and Dutch patent attorney and a partner at NLO. She joined NLO in 2006 after working at DSM/Gist-brocades in Delft and completing a postdoctoral fellowship at the Dutch Cancer Institute, where she specialised in immunology and biochemistry. She practises in the area of biotechnology, particularly molecular biology, genomics, biochemistry, haematology and microbiology. Dr Pallard has extensive experience of drafting and prosecuting complex patent applications and supporting licence negotiations and IP due diligence, including for initial public offerings, and frequently advises biotech start-ups on their IP strategies. 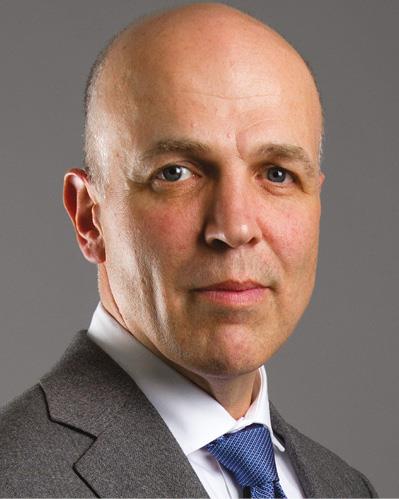 Armand Killan is a partner in the Bird & Bird IP practice, based in The Hague. He co-heads the tech and comms group in the Netherlands. With over 20 years’ experience, Mr Killan is fully dedicated to providing strategic advice and carrying out IP litigation. He has developed a strong focus on international patent disputes, particularly in the life sciences, food and electronics industries. Between litigations, he negotiates and drafts licensing, technology transfer and R&D agreements.