Patenting in biotechnology – the Indian scenario

The domestic industry is now moving into innovation, with companies focusing on strengthening their R&D development capabilities. In its 12th five-year plan, the Indian government aims to spend $3.7 billion on the biotechnology sector, compared to $1.1 billion in the 11th five-year plan. The Indian biotechnology industry can be divided into five key segments: bio-pharmaceuticals, bio-services, bio-agriculture, bio-industrial and bioinformatics. Bio-pharmaceuticals accounts for the largest market share, with over 60% of the total revenues (see Figure 1).

The 2014 Indian Patent Office (IPO) annual report stated that approximately 43,000 patent applications were filed between April 2013 and March 2014. Over 2,300 of these related to biotechnology and other related fields (eg, biochemistry, microbiology, biomedical devices and chemical or biological inventions related to traditional knowledge – see Figure 2). Although the report indicates no criteria for patent selection in these fields, it gives a preliminary indication of biotechnology patenting activity in India.

Although patent filing in India in general has increased in the last few years, biotechnology patent filing has decreased (see Figures 3 and 4). This is consistent with the global trend. Among other things, it could be attributed to more stringent criteria for patentability and grant of patents in this domain.

Under the Patent Act 1970, every invention must pass a two-step test in order to be patentable – namely, it must:

The following are the excluded biotechnology-related inventions.

Inventions for which the primary or intended use or commercial exploitation is contrary to public order or morality or which cause serious prejudice to human, animal or plant life or health or to the environment are unpatentable. Examples include genetic modification of animals which results in suffering of the modified animal without any substantial medical or other benefit, and inventions causing adverse environmental impact.

In Dimminaco (2012) the court clarified that if the end product is a commercial and vendible entity, the presence of the living organism in the end product cannot be a bar to the patentability of the process.

Plants and animals or their parts – including seeds, varieties and species – are unpatentable. Further, essentially biological processes for the production of plants or animals (eg, conventional methods of plant breeding and tissue culture techniques) are also unpatentable.

Although the act does not define an ‘essentially biological process’, in Monsanto (2013) the Intellectual Property Appellate Board (IPAB) provided some guidelines on what constitutes one. The patent application under consideration claimed a method of producing a transgenic plant. Although the patent application was rejected on other grounds, the IPAB overturned the IPO’s objection that it was an essentially biological process. The IPAB agreed with Monsanto’s submission that the plant cell in the claimed process was transformed as a result of human intervention in the manner claimed in the application, and was therefore patentable. Thus, although genetically modified plants or seeds are not patentable in India, processes for the genetic modification of plants are patentable.

Further, a sui generis system for protection for plant varieties is available under the Protection of Plant Varieties and Farmers’ Rights Act 2001.

A new form of a known substance is unpatentable unless it differs significantly in properties with regard to the known efficacy. This provision essentially prevents the evergreening of patents through trivial modifications or incremental innovations. However, its interpretation has been the source of polarising debate among legal professionals, academics, non-governmental organisations and pharmaceutical companies.

The Supreme Court provided some guidelines for the interpretation of the scope of this section in its well-known Glivec judgment (2013). The court observed that the provision sets a higher invention threshold for medicines and drugs and other chemical substances. The term ‘efficacy’ is not defined in the act. The court held ‘efficacy’ to mean “the ability to produce a desired or intended result”. The efficacy test depends on the function, utility or purpose of the product under consideration. Thus, a medicine will undergo a test for therapeutic efficacy. A mere change of form of a chemical substance with properties inherent to that form would not qualify as enhancement of efficacy of a known substance. However, beneficial physico-chemical properties such as better flowability, processability, thermodynamic stability and lower hygroscopicity have nothing to do with therapeutic efficacy. Even increased bioavailability might not pass the test laid down by Section 3(d), since it does not necessarily lead to an enhancement of therapeutic efficacy; whether it does so in any given case must be specifically claimed and established by research data.

Under Section 3(d), the mere discovery of any new property or new use of a known substance is also unpatentable. Therefore, a second therapeutic effect of a known drug is unpatentable. In Monsanto (2013) a claim for a method of producing heat, salt and drought-tolerant transgenic plants using cold shock protein was rejected under Section 3(d), since the cold-tolerant property of cold shock protein was already known in the art.

The mere admixture of two or more previously known substances is unpatentable, unless it is shown that the combinative effect of such substances is more than the sum of their individual effects. In other words, such a combination should result in a synergistic effect. The synergism must be properly demonstrated in the complete specification by providing appropriate experimental data.

Section 3(i) – methods of treatment and diagnosis

The act does not prevent patenting of pharmaceuticals and medical devices. Thus, medicinal compounds, drugs, formulations, stents, surgical sutures and staplers are patentable. However, Section 3(i) precludes from patentability:

The Manual of Patent Office Practice and Procedure 2005 provides examples of subject matter that falls under this section (see Table 1).

The cosmetic application of substances to the body, methods of operating a medical device and the manufacture of artificial prostheses and taking measurements thereof are potentially patentable. Diagnostic methods practised on a living body are unpatentable; however, diagnostic methods carried out on tissues, cells or biological fluid completely removed from the body can be patentable.

In 7831/DELNP/2006 the IPO held that fixing of doses for the treatment of a patient is a method of treatment. It is part of a medical practitioner’s prerogative in deciding the quantum and frequency of doses based on the patient’s age and condition. Thus, dosage forms, modes of administering medicine or kits designed for the treatment of a disease that comprise nothing more than a dosage pattern are unpatentable.

Methods of agriculture or horticulture are unpatentable. In 1785/KOLNP/2009 the IPO referred to the dictionary definition of both terms and observed that agriculture and horticulture are processes involving multiple steps, such as preparation of soil, sowing, applying manure and fertilisers, irrigation, protection from pests and weeds, harvesting and storage. The application claimed:

The claim was found to fall under the scope of Section 3(h) and was therefore rejected.

In 9827/DELNP/2007 a method of reducing mycotoxin contamination of a plant or harvested plant material that involved treatment of seeds with the chemicals before sowing or during sowing in the field for the plant cultivation process was considered unpatentable.

An invention which is essentially traditional knowledge or which is an aggregation or duplication of the known properties of a traditionally known component or components is specifically excluded from patentability. India has developed the Traditional Knowledge Digital Library (TKDL), providing information on traditional knowledge in the country related to ayurveda, unani, siddha and yoga. The database is designed to assist the major patent offices around the world to carry out prior art searches. The information is available in five languages (English, German, French, Japanese and Spanish). The TKDL enables prompt cancellation or withdrawal of patent applications relating to India’s traditional knowledge.

Under Section 10(4) of the Patent Act, an applicant must deposit the biological material mentioned in the specification if it is unavailable to the public and cannot be described adequately as per the provisions of the act. The material must be deposited with an international depository authority under the Budapest Treaty. The international depository authorities in India are the Microbial Type Culture Collection and Gene Bank, Chandigarh and the Microbial Culture Collection, Pune.

The deposit must be made no later than the filing date of the patent application in India. A reference to the deposit must be made in the specification within the prescribed period (ie, three months from the filing date). When the biological material is obtained in India, permission from the competent authority must be submitted before grant of the patent.

The fee for filing a complete specification depends on the total page count. Where sequence listing is provided, the page count usually runs very high, leading to an increased filing fee. The government of India has released draft amendments to the Patent Rule 2003 that propose a cap on the maximum fee payable in case of sequence listing.

The Patent Act provides no inclusive definition of patentable subject matter, providing only a list of what is considered unpatentable. Unfortunately, these exceptions can be vague, leading sometimes to uncertainty – and this is especially true for biotechnology inventions, due to the complex nature of the technology. Innovators, investors and patent practitioners must analyse their inventions in light of Indian patent law before making any strategic decisions regarding patenting in India. 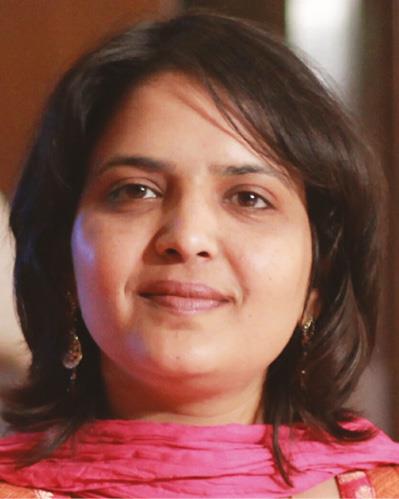 Charul Yadav is an advocate and patent agent with a master’s in biotechnology. Her main areas of expertise are prior art searches; patent drafting, prosecution, opposition and revocation; and provision of infringement and validity opinions. She regularly advises clients on IP strategy. 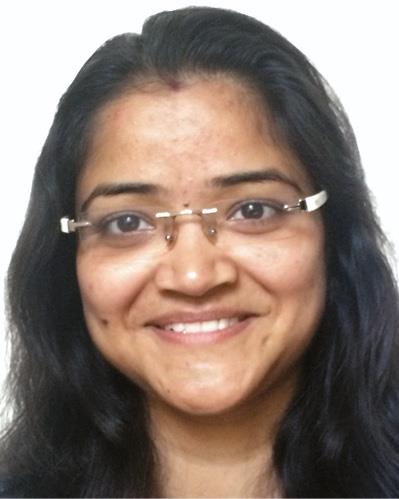 Garima Kulshreshtha is a senior associate at Obhan & Associates. She is a patent agent and engineering postgraduate with a specialisation in biotechnology. She focuses on patent searches; drafting of patent specifications; patent prosecution, opposition and revocation; and provision of infringement and validity opinions. She also appears in oral proceedings before the Indian Patent Office. She regularly advises clients on IP strategy.