China has become one of the most important markets for life sciences companies – not only because it has the largest population in the world and its economy has grown rapidly in the past three decades, but also because the Chinese government has been encouraging innovation and strengthening patent enforcement.

The Patent Law specifies certain types of subject matter as unpatentable, as follows.

However, a micro-organism per se constitutes patentable subject matter when it is isolated in a pure culture and possesses a particular industrial use. Similarly, a gene or DNA fragment per se can be patented if:

Methods for diagnosis or treatment of diseases

Methods for the diagnosis of diseases are unpatentable in China. In determining whether a method involves diagnosis of a disease, two elements are considered:

If the immediate purpose of a method is to obtain information from the living human or animal body only as an intermediate result – rather than to obtain a diagnostic result or determine a health condition – or the method is a way of processing such information, it is patentable.

In Re-examination Decision 92668 the invention related to a method of detecting porcine circovirus type 2 (PCV2) on the basis of the ORF2 antigen functional domain. The invention was rejected since it fell within the scope of a method for the diagnosis of diseases. The examiner reasoned that PCV2 was an important infected pathogen for porcine multi-systemic wasting syndrome (PMWS), and the claimed method could be used to determine whether a pig had that disease.

The applicant filed a request for re-examination. The Patent Re-examination Board withdrew the previous rejection, reasoning that a pig infected with PCV2 does not necessarily:

Therefore, the immediate purpose of the claimed method was not to detect PMWS.

Methods for the treatment of diseases are unpatentable in China. In practice, such claims are generally redrafted into Swiss-type use claims, since this is the only format allowed for medical use inventions.

Animal and plant varieties are unpatentable in China. These include embryonic stem cells, as well as animals at the various stages of formation and development – including germ cells, oosperms and embryos – and plant reproductive materials (including seeds).

Plant cells were previously patentable. However, present practice holds that plant cells belong to the category of reproductive materials and thus fall into the unpatentable category of plant varieties.

In Re-examination Decision 54915, the invention related to a plant cell. The application was rejected on the grounds that plant cells are unpatentable since they are plant varieties. The applicant filed a request for re-examination.

In the re-examination proceedings, the board held that plant varieties include not only plants per se at different development stages, but also plant cells, tissues or organs as reproductive materials. The board held that the factors for consideration included the natural characteristics of the plants and the specific recitation on plant cells, tissues or organs in the description. After the applicant amended the subject matter from “plant cells” to “a method for producing plant cells”, the board withdrew the final rejection.

Although plant varieties are not patentable, plant variety protection is possible in China.

The ‘enablement’ requirement (also known as ‘sufficient disclosure’) specifies that “the description shall set forth the invention or utility model in a manner sufficiently clear and complete so as to enable a person skilled in the relevant field of technology to carry it out”.

In the past, post-filing data would not be considered if it addressed a non-enablement issue; hence, arguments had to rely on the original disclosure of the application and the prior art. However, in recent cases post-filing data has been more commonly considered in addressing non-enablement rejections. And in some cases, arguments based on prior art (ie, that the effect of the claimed technical solution is predictable from the prior art) are also possible.

In Re-examination Decision 80658 the invention related to a specific peptide. Its description outlined how to prepare and identify the claimed compound, as well as biological assay methods to test the bioactivity being described. However, it disclosed no activity data.

The application was rejected at the substantive examination stage due to non-enablement. The examiner held that:

The applicant filed a request for re-examination before the board and argued that the technical effect could be predicted from the state of the art. In filing the request, the applicant also submitted several prior art documents to support its arguments.

After considering the applicant’s arguments and the state of the art, the board found that the technical effect of the claimed peptide could be predicted based on the prior art, since it shared the same main structure as the prior art peptides and there was an established structure-activity relationship in the state of the art. Thus, the claimed peptide was disclosed sufficiently and the final rejection was withdrawn.

Submission of post-filing data is very common for establishing inventiveness in the life sciences field. However, under local practice, the requirements for the post-filing data submitted for this purpose are very strict.

In the Supreme Court’s recent Takeda case, the patent related to a combination of two known anti-diabetes treatments and was challenged on the grounds that the claimed combination did not involve an inventive step. In invalidation proceedings, the patentee submitted supplemental data showing the unexpected technical effect of the combination.

The Patent Re-examination Board invalidated the patent. The first and second-instance courts upheld the decision, since the authenticity of supplementary data was not recognised.

After retrial, the Supreme Court delivered its opinion on post-filing data to establish inventiveness. It held that post-filing data does not belong to the contents recorded and disclosed in the original application. If an applicant or patentee intends to establish the inventiveness of the claimed technical solution over the prior art by submitting comparative experimental data, as a prerequisite for consideration, the data must be directed to the technical effect that has already been clearly recited in the original application.

According to the guidelines, “the claims shall be supported by the description” means that the claimed technical solution should be one which is:

The guidelines do not specifically stipulate whether supplemental data will be accepted to overcome the support issue. In determining whether the claims are supported by the description, the examiner generally considers the contents sufficiently disclosed in the description and the state of the art. In the past, submitting supplemental experimental data to overcome the support issue was not permitted. However, the trend seems to have altered in recent cases.

In Re-examination Decision 8661 the invention related to a feed which prevented infectious diseases in fish caused by viruses. One of the limitations was that it contained “a sulfated polysaccharide with a proportion of mixture from 0.5 g/kg to 5.0 g/kg”. The numeric scope 0.5 to 5.0 was rejected as too broad in view of the description. The applicant filed a request for re-examination and submitted supplementary data.

The board overturned the rejection and took a positive view of the supplemental data. Although supplementary data filed after the filing date is not considered to be a portion of the description and cannot be incorporated into the description, it can be used as evidence to corroborate the feasibility and effect of the technical solution in the description.

In some important cases (eg, where a specific compound has entered the clinical stage), applicants have pursued a narrow scope or specific compound claim/specie in the parent application and a much broader genus claim in the divisional application. This strategy raises no double-patenting issues in China. Further, applying this strategy can better balance fast grant and a broad scope of protection.

The patentability requirements on medical use inventions are relatively high, so only limited technical features will be considered in the evaluation of patentability. Regarding the submission of post-filing data, the requirements for enablement and support issues have been relaxed; however, the requirements regarding inventiveness remain strict and post-filing data must be directed to the effect validated in the original description. It is easy to achieve the balance of fast grant and a broad scope of protection for an important case by making use of the relaxed double-patenting requirements.

Understanding the above practices will be helpful for building strong patent portfolios and tailoring local patent prosecution strategies that are suitable for China. 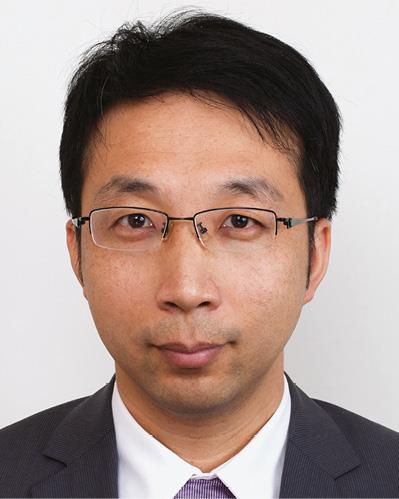 Wenhui Zhang started his legal career in 2002 with Liu, Shen & Associates. He focuses on all aspects of IP matters, including patent prosecution, re-examination, invalidation and litigation, freedom to operate analysis, due diligence, technology transfer, licensing and strategic alliances – especially in the life sciences field. He is also experienced in the protection of new plant varieties.

Mr Zhang obtained an LLM in IP law from Peking University and a master’s in agricultural science from the Chinese Academy of Agricultural Science. From 2007 to 2009 he worked as a patent attorney and patent manager in the patent and licensing department of a famous European life sciences company. He has published articles on intellectual property. 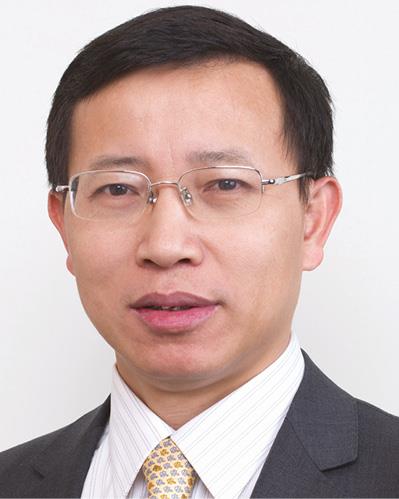 Zongliang (Stephen) Zou is a partner at Liu Shen & Associates. He assists clients in matters involving all types of IP right, focusing on patent prosecution and patent administrative and judicial litigation. Dr Zou is experienced in preparing patent infringement, validity and freedom-to-operate opinions, and counsels clients on various matters relating to IP rights and drug regulation.

Dr Zou started his IP career with Liu Shen & Associates in 2003. Before this, he was involved in pharmaceutical research. Dr Zou obtained his PhD in pharmaceutical chemistry from the Chinese Academy of Military Medical Science and obtained an LLM in IP law from John Marshall Law School.