Innovator companies in the life sciences field need to protect their technology, which often involves development projects for new medicaments. Usually, such projects take at least 10 years and involve large-scale clinical trials. Significant risks are associated with such projects on both the technological and financial sides. The conduct of clinical trials consumes huge amounts of money, which requires strong financial backing. Further, only a small percentage of candidate drugs that undergo clinical trials actually obtain a market authorisation.

Conducting or supporting medical development projects makes sense only when there is a reasonable chance of gaining sufficient revenue therefrom. This again is possible only if there is adequate protection against competitors after a medicament has successfully been established on the market. A vital element in achieving this purpose is the building of a patent portfolio establishing market exclusivity for the longest possible period. This chapter addresses some of the key issues in this respect.

Building a strong patent portfolio for a medicament requires expertise, as well as care and diligence throughout the whole project.

A medical development project requires coordination and the various responsibilities must be clearly assigned. Among other things, patent experts should be included in the project team from the beginning in order to ensure that patent-relevant considerations are dealt with. During all stages of the project, patent experts must be kept informed of any developments which might affect the patent situation.

All persons involved in the project must understand the importance of confidentiality. Any public disclosure, including presentations and abstracts by the inventors themselves, can destroy the chance of obtaining patent protection in many economically important countries, such as EU member states.

The project requires active and continuous patent portfolio management. On the one hand, the status of existing patent protection needs to be assessed and updated. On the other hand, options for obtaining future patent protection need to be recognised in time. This can be done only by active and continuous discussions involving the project’s patent experts.

Third-party activities should be monitored throughout the course of the project. In the later stages, monitoring may need to shift from the target compound to other product aspects (eg, excipients or medical devices).

The timing of patent filing is crucial. On the one hand, a patent application should be filed as early as possible. This means that damage caused by, for example, unintentional public disclosures or competitors’ earlier patent filings can be reduced. On the other hand, a patent application in the medical field requires adequate support by making the usefulness of the target compounds for the intended medical indication credible. This can usually be done by providing experimental data on these compounds demonstrating a pharmacological effect. Experimental data in human patients or even in animal models is not necessarily required. In many cases, even in vitro data (eg, with cell cultures) may provide preliminary support.

A different kind of experimental data may be provided in order to demonstrate a superior technical effect associated with the target compounds compared to known compounds. While the presence of such data in the first patent filing is desirable, it is usually possible to provide it at a later stage.

In many cases, the first patent applications will provide broad protection for a generic class of compounds.

During subsequent stages of the project, further experimental work is carried out which may involve the identification of specific clinical candidates from a class of target compounds. Based on the resulting data, further patent applications may be filed directed to sub-groups of compounds already encompassed by the lead structure, specific compounds or new compound classes. Again, experimental data demonstrating an unexpected technical effect in view of the prior art (eg, even in view of compounds disclosed in the first application) should be provided.

Even after establishing basic protection for the target compound, the filing of further patent applications must continue. Since the lifetime of patents is limited to 20 years after the filing date, the term of protection may be prolonged by later filed patent applications (ie, so-called ‘lifecycle’ filings). In this respect it must be considered that lifecycle filings are often much weaker than the original patents directed to the compounds per se. In order to improve the strength of lifecycle patents, careful consideration should be given to the demonstration of an unexpected technical effect in view of the prior art.

In principle, there are many different options for lifecycle application filings. Depending on the circumstances of the respective project, applications could be filed that are directed to specific modifications (eg, solvates, salts or glycoforms) of the target compound. Patent applications may also be directed to specific manufacturing processes, formulations, delivery devices, dosing regimens, medical indications and patient groups. Of course, patent applications might also be directed to combination therapies involving administration of the newly identified medicament together with other active agents. In all of these cases, it is extremely important to provide experimental data demonstrating a technical effect.

In the later stages of project development, clinical trials must be conducted. Clinical trials are based on protocols which are published in databases of the responsible regulatory authorities before the trials start. It is highly recommended that the filing of patent applications be directed to the treatment regimen before publication. Further patent applications may be filed at the end of the trials in case unexpected pharmacological effects have been detected (eg, certain effects limited to specific patient sub-groups).

The drafting of patents in the life sciences field requires skill and expertise in both substantive and formal matters. Special care must be taken to provide a thorough and concise disclosure of the invention, including strong fall-back positions. For European patent applications, special care must be taken in order to comply with the highly sophisticated requirements of added matter. For US purposes, different requirements must be addressed.

The goal of successful patent prosecution is obtaining an adequate scope of protection. The patent scope should primarily provide strong protection for the target compound and other key aspects of the project. If possible, the patent scope should also block competitors’ development projects. In order to achieve these goals, the broadest reasonable protection scope should always be sought. However, it may be dangerous to focus only on extremely broad claims which are difficult to pursue or defend against third-party attacks.

Particularly in the field of biologicals, even obtaining a patent with narrow scope (eg, directed to a single specific antibody) may prove sufficient for the target compound since any competing product must bear a close resemblance to the original product in order to be regarded as biosimilar.

Consequently, in a first step even obtaining a patent with narrow ‘picture claims’ directed to a specific target compound is helpful. Such picture claims greatly reduce the risk of completely losing patent protection when an overbroad claim is regarded as being invalid by the respective authorities.

Broader claims may be pursued in subsequent divisional applications which are derived from the original application and pursued separately therefrom.

The strength of a patent portfolio also depends on the budget available for patent expenses. In order to allow accurate planning, estimates of likely patent costs must be conducted during the course of the project.

If possible, patent filings should be structured in a way that any costs will occur as late as possible. Thus, if certain aspects of the portfolio have become irrelevant, the respective patent applications may be abandoned without having generated substantial costs.

Several companies proceed by filing a first priority application with the European Patent Office, together with a request for search. By doing so, search results identifying potentially relevant prior art documents are obtained within the priority term. Based on these search results, the patent application may be amended to increase the chances of success.

At the end of the priority year, it is recommended to file an international Patent Cooperation Treaty (PCT) application and, where applicable, national applications in countries which are not PCT member states (eg, Taiwan). At the end of the PCT phase (in most cases, 30 months after the priority date), a decision must be made as to how to continue with the application. If the project is still active, the PCT application should be nationalised in selected countries, based on their economic importance and the available budget. For patent applications directed to new medicaments, nationalisation should be carried out in at least the European Union, the United States and Japan, and optionally China, Canada, Australia and further countries depending on market expectations.

In the European Union and other countries, the term of patent protection for new active agents may be extended by supplementary protection certificates. Thereby, the protection term for the marketed medicament may be extended for up to five years, and in case of paediatric use, for a further six months.

An additional measure of protection independent from the patent is data exclusivity – that is, a period of time during which a company cannot cross-refer to the data from clinical trials in support of another marketing authorisation.

When an innovator company has marketed a successful medicament, there will likely be patent litigation. Third parties (eg, generic manufacturers) will attempt to invalidate the company’s own patents in order to come to market.

Invalidation proceedings are conducted before the patent offices or the courts. The plaintiff can request revocation of the attacked patent, and the owner can attempt to defend the patent either completely or with limited scope. To a large extent, the chances of survival for a patent under attack will depend on the care and diligence observed by the patent owner when drafting, filing and prosecuting the patent. However, even observing all due care does not guarantee success in invalidation proceedings. Thus, it is important to protect the medicament in as many aspects as possible (ie, by protecting specific forms of the target compound and specific formulations and specific dosage regimens). In such case, even invalidation of individual patents will not destroy the whole portfolio.

Building a strong life sciences patent portfolio is a process that takes at least 10 years. Continuous care and diligence during this process will help to maximise an innovator company’s revenues for a medicament that has obtained market authorisation. 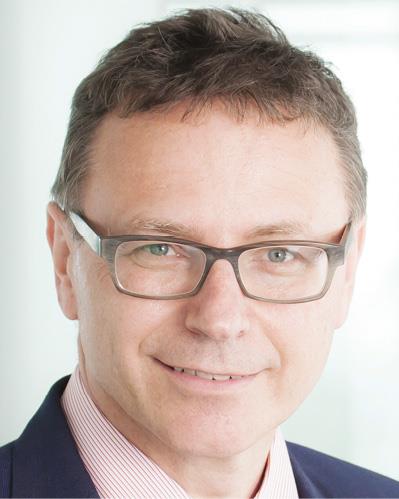