Just a few years ago, the Mexican government was experiencing its best period in decades. Voices from around the globe were cheering the financial, trade and political reforms announced by President Peña Nieto at the beginning of his mandate – namely, 11 structural reforms intended to transform Mexico.

Today, certain critics seem to have forgotten that during the last four years, the country has achieved reforms that were previously unthinkable – even taboo. Mexico has passed and is implementing structural reforms covering energy, transparency, telecommunications, criminal proceedings, labour, education, taxes and antitrust.

In addition to the obvious complexity of passing these reforms, the government has the difficult task of ensuring that its new policies and legislation are adequate for the international commitments reflected in Mexico’s international treaties.

This chapter focuses on the impact of IP reforms and forthcoming international obligations on the Mexican life sciences industry.

The Industrial Property Law was enacted in 1991 and substantially modified in 1994. The Federal Copyright Law was published in the Official Gazette in December 1996. Since then, there have been few amendments and reforms to the IP laws and their regulations; these and the few changes made to Mexico’s IP institutions have barely affected the IP system.

Mexico’s IP laws derived directly from the commitments of the North American Free Trade Agreement with the United States and Canada (NAFTA) and the Agreement on Trade-Related Aspects of Intellectual Property Rights (TRIPs). When NAFTA was negotiated and signed by Mexico, the Internet was incipient and its value and impact on commerce and business were open to speculation. At that point, biotechnology and nanotechnology were also being considered as near-future possibilities. However, the implications of these technologies (and their impact on the lives of millions of people around the world) could be imagined only by certain visionaries – not by the drafters of NAFTA or TRIPs, or the Mexican legislature amending the laws to comply with their requirements. Further, if new technologies were not accurately or seriously contemplated in the NAFTA negotiations, much less were the new relationships that would derive from them.

After 1991, the few changes implemented in the IP framework were as follows:

Although the laws, implementing regulations and institutions devoted to intellectual property in Mexico fulfilled the commercial and technological needs of the country when they were enacted, the system requires urgent review – especially regarding the violation of industrial property rights.

In November 2011, during the Asia-Pacific Economic Cooperation meeting, Mexico manifested its interest to initiate consultation on participating in the TPP. On June 18 2012, during the G20 in Los Cabos, Mexico, the countries participation in the TPP decided to invite Mexico to participate.

The original participants in the TPP were Brunei, Chile, New Zealand and Singapore. From 2009, negotiations included Australia, Malaysia, Peru, the United States and Vietnam. Canada, Japan and Mexico have since joined the TPP negotiations.

Experts say that the 12 TPP partners will represent 30% of the world’s gross domestic product, 19% of worldwide exports, 22% of worldwide imports and a market of 198 million potential consumers, excluding the US population.

Since the beginning, the leaders of the TPP member states have stated that the agreement will “be a model for ambition for other free trade agreements in the future, forging close linkages among economies, enhancing our competitiveness, befitting our consumers”.

The implications of the TPP go beyond the Mexican IP system, as it is intended to support the creation of jobs, raise living standards and reduce poverty. However, for companies and individuals operating in the innovation and creative economies, an efficient, enhanced and improved IP system would be a welcome outcome.

The terms, conditions and wording of the TPP remained confidential for more than two years. However, it has now been announced that the main topics regarding intellectual property are:

The accession of Mexico to the TPP is a new and valuable opportunity to review and change its entire IP system and adopt higher, more efficient standards of IP protection. Further, the eventual impact in Mexico of the treaty is confirmed by precedents of the Supreme Court, which place Senate-approved international treaties high in the domestic legal hierarchy.

The Mexican government recently released a text of the final negotiations of the TPP. Specific issues such as regulatory data protection, patent linkage and patent term compensation will affect the legal infrastructure of the Mexican life sciences industry.

The main issues relevant for Mexico are the following concepts, established in Chapter 18:

[E]ach party shall make patents available for any invention, whether a product or process, in all fields of technology, provided that the invention is new, involves an inventive step and is capable of industrial application.

These obligations will help to shape patent law in Mexico so that it expressly recognises patentability of second uses of known products, as well as clarifying patentable subject matter.

One of the most debated issues during the negotiations was the term of data protection for biologics. Two options were established:

Hopefully, in the case of biologics, Mexico will opt for the eight-year protection period instead of the ‘five-plus’ scheme, which has a wide range of discretion and interpretation. If the five-plus scheme is adopted, further litigation can be expected regarding the term of data protection for biologics.

This will be the most difficult challenge for the implementation of the TPP, as domestic law is nearly silent on regulatory data protection. Domestic implementation will therefore start from scratch, and the legislature’s choices will determine whether there is adequate protection or whether litigation will be triggered regarding the interpretation of the TPP or the implementing law – or indeed whether Mexico’s international partners will raise complaints regarding its inefficient execution of the TPP’s obligations.

The TPP will allow Mexico to maintain its actual patent linkage, which does not include use patents. Therefore, patent linkage will not be greatly affected by the TPP. However, there are positive issues – such as the recognition of second uses as subject-matter patentability – which would obviously assist the overall enforcement of use patents and help to confirm the inclusion of these types of patent through court orders. However, the Mexican government appears to prefer a patent linkage with the burdens imposed on the authorities (IMPI and the Federal Commission for the Protection against Sanitary Risk), rather than on the patent holder and the applicant for the marketing authorisation.

The TPP contemplates patent term adjustments due to unreasonable delays in patent prosecution and unreasonable curtailment of patent protection due to regulatory processes. Mexican law expressly limits the life of a patent to 20 years as from the filing date. In this case, IP and health law will need to be amended, since the law expressly states that this term is non-extendable.

Finally, a multi-party scheme exists for the agreement to enter in force. In any event, the TPP’s requirements may be part of the Mexican legal system within the next two years. However, notwithstanding the timeframe, due to the place of international treaties in the Mexican legal hierarchy, the TPP will shape the legal structure for the life sciences industry and all Mexican IP legislation. 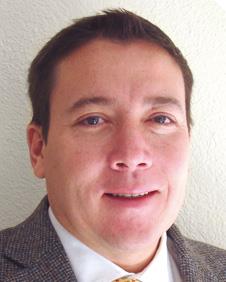 Alejandro Luna F joined Olivares in 1996 and became a partner in 2005. He is instrumental in the IP litigation, regulatory and administrative litigation practices and co-chair of the life sciences and pharmaceutical law and industry group. He also coordinates the litigation department. Mr Luna has successfully litigated for pharmaceutical patents and pioneered administrative court actions to seek recognition of data package exclusivity rights, which are not specifically recognised by Mexican law. Mr Luna has been crucial for Mexico’s IP legal system as one of the few true patent-regulatory litigation experts in Mexico. He acts on behalf of his clients as an attorney and a lobbyist.