Getting the most out of pharmaceutical patent-term extensions in Russia 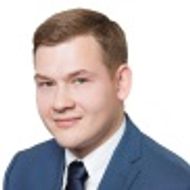 The Russia Patent and Trademark Office (Rospatent) has tightened up its approach to allowing patent-term extensions to pharmaceutical and agrochemical patents. However, a strategic and far-sighted approach can still result in excellent protection.

In 2003 it became possible to extend a Russian patent for a drug, pesticide or agricultural chemical by up to five years. The patent was extended upon the patent holder’s request and then on the basis of the first marketing authorisation.

The patent claims directed to the commercial product for which the authorisation was granted were subject to the full scope of the extension until 2015. Therefore it was previously possible to fully extend claims that were directed to a compound, antibody and pharmaceutical composition – including all possible embodiments thereof – disclosed in the corresponding patent claim.

However, these regulations were tightened in 2015. Under the new legislation, a supplementary patent with restricted claims is granted instead of an extension of the patent claims. The claims of the supplementary patent do not allow for alternative features but are limited to the claims that directly cover the product for which authorisation was obtained. For instance, if the patent comprised a Markush claim, in a supplementary patent the values of all substituents would be limited to a single value so that the Markush claim would encompass one compound only. Claims directed to a use, method, expression vector or cell (ie, claims not directly disclosing a commercial product) cannot be renewed.

Initially, as the new law came into effect, Rospatent favoured patentees. It was possible to extend terms for independent claims covering not only the medicament itself, but also certain embodiments thereof, in order to protect a supplementary patent from being designed around. For example, it was possible to extend the term of a Markush claim, wherein the substituents had such values as “C1-C8alkyl”. It was also possible to extend the term of a claim directed to a pharmaceutical composition, wherein the API concentration was given in a range (eg, from 40 to 200 mg), to retain these ranges.

However, more recently Rospatent has drastically tightened its approach. It now requires not only the cancellation of all possible embodiments from independent claims, but also the making of additional amendments to them as well – including amendments not based on the specification. For instance, for a Markush claim, the feature “C1-C8alkyl” would be amended to “pentyl”. In the case of a pharmaceutical composition, it requires limiting the concentration ranges of active agents to the pointwise value specified in the marketing authorisation, even if this value is not supported by the patent’s specification. If the medicament exists in several dosages (eg, 50mg, 100mg and 150 mg), the range would be limited to “from 50 to 150 mg”, despite the fact that such a range may not be supported by the specification.

Further, Rospatent may reject the extension of a patent term if it considers that independent claims directed to a medicament are unduly broad and cannot be narrowed. For instance, if an independent claim is directed to a component of a composition and this component is described as an antigen and the specification does not disclose a specific antigen in the medicament (eg, a vaccine), then the term of the patent protecting this vaccine will not be extended. Rospatent may also reject a patent-term extension if an active agent of the medicament is covered by the Markush claim but the specifications do not contain examples of its preparation and its biological activity data.

In the event that Rospatent rejects a patent-term extension, this decision can be appealed to the IP Court within three months. The court can then either reject the extension or compel Rospatent to grant it.

For example, in a case where an independent claim was directed to a composition comprising a component claimed as an antigen and the specification of the patent did not disclose a specific antigen, the court upheld Rospatent’s decision and rejected the extension of the patent term. The court also supported Rospatent and rejected extending the patent term when one of the two active components of the composition was not specified in the claims and was not disclosed in the patent specification.

Following the same trend, the court rejected a patent-term extension in a case when the claims characterised an antibody that was part of the composition in variable regions only. It pointed out that the dependent claim taught constant regions of the antibody and the patentee could have included them in the independent claim during the PTE proceedings. In this case, the supplementary patent could have been granted.

Nevertheless, when a specific isomer was an active agent in a medicament and a Markush claim taught the agent per se without specifying this particular isomer, the court reversed Rospatent’s rejection, compelling it to extend the patent term. It is noteworthy that in this case the prosecution file contained post-file data describing the isomer. Rospatent has now appealed this decision to the presidium of the IP Court and the case is currently pending.

Therefore, current practices indicate that the IP Court tends to support Rospatent’s decisions, rather than to reverse them.

Some thoughts about claim drafting

When an application is being drafted, often it is still not known which substance will become a commercial product. In addition, it is of course impossible to foresee all the circumstances that may arise during a patent’s lifetime.

Since there are no restrictions on the number of divisional applications in Russia, it is thus useful to always keep a divisional application pending for important cases in order to pursue claims with a narrower scope that might better position the case for a patent-term extension and mean that later approved indications can be extended. It is also useful from an enforcement standpoint, because it is much easier to improve claims before a patent is granted.

And finally, a tip that may seem obvious: in order to increase the possibility of getting a supplementary patent granted it is crucial to have the maximum possible embodiments in dependent claims (eg, constant regions for antibodies, particular moieties, isomers, salts, hydrates and solvates for Markush claims, particular dosages and excipients for compositions), so as to restrict independent claims covering the product on their basis during patent-term extension proceedings.