Balancing the need for 5G innovators to obtain return on investment with enabling the fast adoption of the technology is a tremendous challenge, regularly referred to as the FRAND debate. Industry and policy makers have been paying increasing attention to the conundrum over the past decade.

In 2017, the European Commission released a communication paper, “Setting out the EU approach to Standard Essential Patents”, addressing what needed to be done to achieve the successful and fast adoption of the upcoming 5G roll-out. It encouraged discussion among different sectors after first pointing out that what can be considered fair and reasonable may differ from industry to industry.

Price differentiation in the aggregate royalty level for 5G SEPs not only makes commercial sense, but is also necessary to ensure successful commercialisation  of 5G with efficient and broad adoption in all sectors, leading to economy of scale and providing all the intended consumer benefits.

5G was first conceptualised in 2011 and led to the definition of three driving use cases:

These were complementary in nature and therefore placed different requirements on the 5G technology platform, as it was being developed within 3GPP.

Consequently, the end result of the 5G technology development in 3GPP is not based on one specific radio-access technology. Instead, 5G is a portfolio of access and connectivity solutions addressing the demands and requirements of mobile communication beyond 2020.

A variety of new features, performance improvements and access solutions were needed, as described in the ITU-R report “IMT Vision – Framework and overall objectives of the future development of IMT for 2020 and beyond” and the 3GPP report “Service requirements for the 5G system”. These reports study and define a large number of use cases in terms of their requirements on a 5G network.

In particular, Figure 1 of the ITU-R report features a requirement spec for 5G (also called IMT 2020) compared to 4G (3GPP release 10 or IMT Advanced). This illustrates that 5G will provide for performance improvements with a factor of 1.5 to 100, depending on the specific requirement area. It defines two requirements with regard to data rate: peak data rate and user experienced data rate. 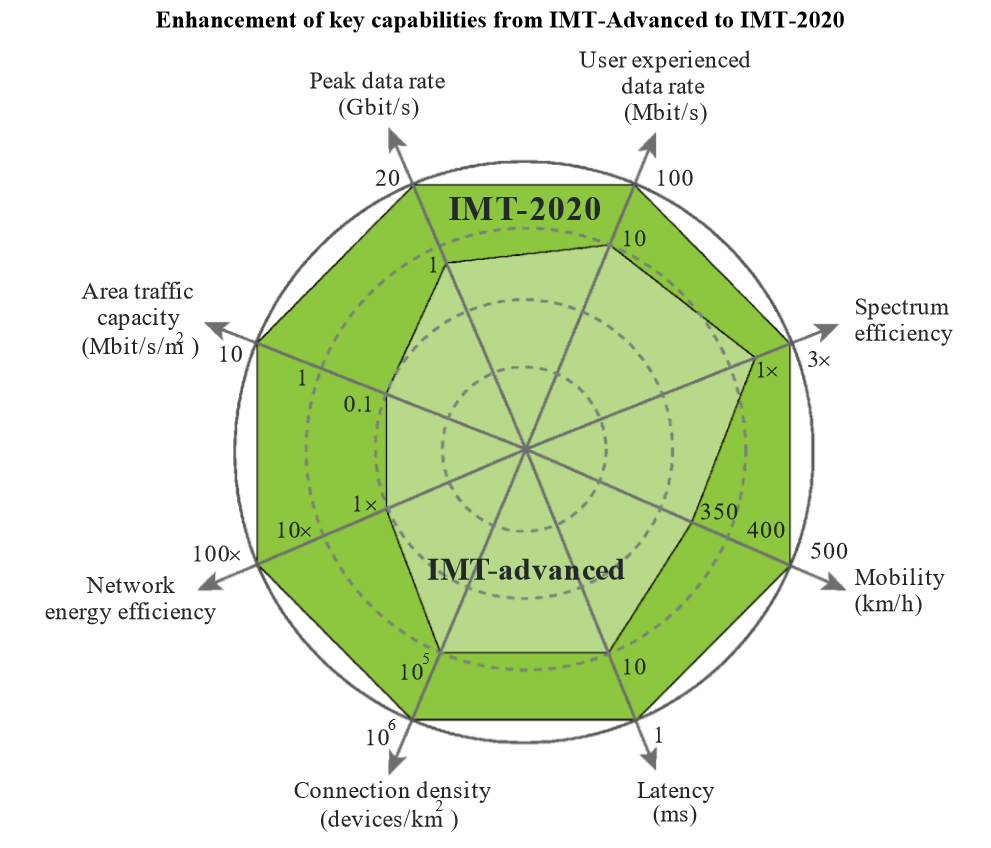 The smartphone will remain the mainstream application (eMBB). Similar to 4G and earlier generations, wide area coverage and high system capacity in metropolitan areas are essential for this (ie, providing high data rates and low latency for a large number of simultaneous users).

For a smartphone user, the user experienced data rates will be 100Mbps areawide and up to 1Gbps indoors and close to hotspots with a latency of 20ms or lower end to end (e2e). On the other hand, augemented reality and virtual reality headset applications would require a latency of as little as 7ms for the visual part, at a data rate of up to 250Mbps. URLLC has multiple sub-categories, with the most extreme requirements falling below 1ms latency e2e at a 10e-9 block-error rate.

Automotive is one of the most important use cases of 5G. It can be divided into multiple variations, such as remote vehicle operation (10ms to 30ms latency e2e) or platooning (below 3ms latency e2e).

The development of mMTC or the IoT will necessitate the deployment of massive amounts of connected measurement devices across a diverse area – sometimes underground. This in turn will require at least +15dB coverage and maintenance-free operation; in addition, such devices will require power-saving mechanisms to enable up to 10 years’ operation on a single AA battery. At the same time, the IoT will have very relaxed requirements with regard to latency and bandwidth in most applications.

In addition to bandwidth and latency, several other aspects (eg, 3D positioning accuracy and security) were vital requirements to be fulfilled in the development of 5G.

As can be seen, 5G will help new industry verticals to emerge, each with different performance requirements. This in turn can be translated into how much value the technology provides, implying that the technical value will differ depending on the use case.

Willingness to pay for basic human needs (eg, communication, safety or increased personal convenience) tends to be high due to the perceived value received, while there is far more price sensitivity over other cases that are viewed as good to have but not essential (eg, vending machine refills and automated irrigation sensors).

Each use case can be viewed as a separate industry vertical or sector of the overall 5G market with its own prerequisites, resulting in a need to price differentiate the associated royalties, rather than having one fixed price.

It remains to be seen if and how this ambitious attitude to price differention will be applied. However, it is clear that taking the right approach to 5G royalties will benefit implementers and innovators alike, and ultimately consumers.

This article is an adaptation of a longer piece that will appear in the next issue of IAM magazine, to be published at the end of the month 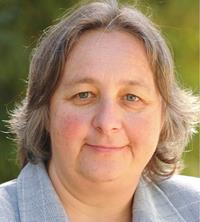