You only have to be a casual reader of IAM - or part-time observer of the IP market in general - to know that the auto industry is facing up to some serious patent challenges.

As we reported recently, there has been an uptick in NPE litigation affecting both OEMs and suppliers. That activity remains at relatively low levels compared with, say, the consumer electronics space, but with a growing number of NPEs restocking their portfolios, and some backed by very deep pockets, it is not too bold a prediction to say that the leading players are going to face plenty more assertions in the coming months and years.

There’s also the challenge posed by the growing licensing demands, led principally by the owners of large SEP wireless portfolio, that the industry is facing as a wider range of new technology is packed into modern cars. The creation of the licensing platform Avanci has clearly helped lessen some of the licensing friction, but there’s no doubt that OEMs and suppliers are having to become accustomed to a part of the IP world that they have not encountered before.

And then there’s the range of ongoing IP policy issues that rights holders are confronting in the US, Europe and Asia. In the US, for instance, there’s the thorny issue of patentable subject matter. This may not be of the same immediate concern to auto companies as it is to high-tech and life sciences companies, but it may well become so as the IP issues confronting the industry grow more complex.

Wrapped up in all of this are some deep existential questions that the industry is confronting as consumer habits around car use and mobility in general go through profound changes. Some of those were raised by Audi’s Matthias Schneider during a recent IAM/IPlytics webinar. “Can you tell me whether we will sell many cars five years from now or whether we will have a fleet of autonomous cars that people can rent?,” he asked. “All of these issues need to be looked at and the value could be created at a totally different point. At the moment the value is created when we build and sell a car, five years from now will that still be the case?”

But against that backdrop of change, it’s notable that the auto or broader mobility industry does not have a platform through which it can speak on IP issues with one voice - or at least with a more coherent voice.

That’s not to say that automakers, suppliers and others haven’t made themselves heard on policy issues. In the US, Ford, General Motors and Fiat Chrysler are all members of United for Patent Reform, the advocacy organisation that pushed hard to pass the Innovation Act in 2014 and 2015. In Europe, the German auto giants in particular have been vocal in Brussels in areas such as SEP licensing; while in Japan, the likes of Toyota, Honda and Nissan clearly carry a lot of sway.

But they clearly don’t have the clout that they would if they co-operated and consulted more closely on some of these issues. As with Detroit’s Big Three throwing their lot in with United for Patent Reform, the temptation might be for the industry to hitch its IP policy trailer to the Big Tech patent caravan. After all they face some of the same threats from NPEs and an SEP-owning community eager to see a licensing return.

That could be a mistake, however. The giants of Silicon Valley have probably never been under greater scrutiny in the US and Europe. That doesn’t extend to IP yet, but the auto players may find policymakers are a little less open when they walk the halls of Congress or the European Commission hand-in-hand with Big Tech. Given that, why not go it alone? Establish a focused group to represent the industry worldwide on some of the most pressing IP matters facing OEMs, suppliers and new mobility focused pioneers such as Lyft, Uber and Waymo.

The IP challenges confronting the auto sector are only going to become more complex, more business critical and perhaps more high profile. Now, before the rubber really hits the road, is the time to act. 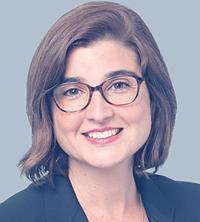