We pick our US patent market stories of the year

It’s that time of year when we reflect on the events of the past 12 months - and it's fair to say that 2017 has been particularly busy in the US. Following are what we consider to be the 10 biggest developments (several of which were stories originally broken by IAM), ranked in order of importance (you can see the 10 for 2016 here, for 2015 here and 2014 here). No doubt, you’ll disagree with some of what we've selected. If you do, we'd love to know why and what you think should be included instead.

When the news broke in September that pharma giant Allergan was paying a Native American tribe millions of dollars to transfer patents and then license them back in the hope of protecting them from inter partes review, patents were once again headline news in more than just the trade media. The University of Florida pioneered the use of sovereign immunity to ring fence patents from post issuance PTAB scrutiny, but the deals involving Allergan, a tech research entity called SRC Labs and the Saint Regis Mohawk tribe represented a major twist in the story. Whether it continues to be a defence used by patent owners remains to be seen, with some judges already highly critical of the practice, but the moves by Allergan and SRC underline the degree to which IPR has emerged as a highly divisive issue.

Most Qualcomm executives would presumably like to forget about the last 12 months. The start of year saw both the Federal Trade Commission and Apple launch full frontal assaults on the chipmaker’s patent licensing practices. The dispute with Apple has escalated through the course of 2017 as the two have faced off in numerous jurisdictions. Should the iPhone giant prevail then it would have a significant impact on one of the pioneers in wireless technology.

The pros and cons of bringing patent suits in the Eastern District of Texas didn’t feature in the oral arguments in TC Heartland v Kraft Foods Group Brands in the Supreme Court in March, but there was no doubt that it would be America’s busiest patent court that would feel the biggest impact of any chnage to the status quo. The unanimous decision, which increased restrictions on where plaintiffs could bring a case, had an almost immediate impact: courtrooms in East Texas saw the volume of new cases drop while others such as those in Delaware saw an uptick. Once again, it was a decision from the Supreme Court which some IP owners viewed as distinctly anti-patent.

For owners of large standard essential patent (SEP) portfolios, the use of antitrust laws to police their licensing practices has become a major challenge. But a November speech by Makan Delrahim, the new head of the Department of Justice’s antitrust division, signalled that the US government was preparing for a change of tack. “I worry that we as enforcers have strayed too far in the direction of accommodating the concerns of technology implementers who participate in standard setting bodies, and perhaps risk undermining incentives for IP creators, who are entitled to an appropriate reward for developing break-through technologies,” Delrahim told an audience at a California law school. Any change in stance by US regulators could have a huge impact on the monetisation landscape.

As speculation mounted around other, more high-profile candidates, the typical response was “Andrei who?” when it emerged that the Irell & Manella managing partner was in the running for the top job at the USPTO. But that might well prove to have been the secret to his successful nomination (and surely his smooth confirmation) as he comes with few of the industry ties that dogged other contenders and hindered support for previous incumbent ex-Google patent chief Michelle Lee in the eyes of some. If confirmed by the Senate (surely a matter of when, not if after a successful appearance in front of the Judiciary Committee), Iancu has a daunting to-do list ahead of him. His background, though, means that many are confident he will be up to the task.

Although it has been more muted in recent years, Intellectual Ventures’ iconic status in the patent market means that its April announcement that it had stopped buying assets for its third patent fund was still hugely significant. As it invested its first two funds, IV dominated the secondary market building a portfolio of rights stretching into the tens of thousands. As well as ending its buying programme, the giant NPE has also ramped up its rate of sales including, in February, the disposal of a portfolio of around 4,000 former Kodak patents to Dominion Harbor.

This story began in September when we broke the news that BlackBerry’s licensing head Mark Kokes had left the business. Having been brought in to significantly ramp up the Canadian tech giant’s monetisation activities, his departure placed the company's ongoing commitment to monetisation in some doubt, especially when it was followed by another senior departure in October. Instead of bringing in a like-for-like replacement for Kokes, in November BlackBerry made the unusual move of effectively outsourcing a big chunk of its smartphone patent licensing to Teletry, a new entity headed by former Ericsson CIPO Kasim Alfalahi. If Alfalahi and his team quickly start to sign licensing deals we may see other major patent owners follow suit.

It’s fair to say that RPX has had a bumpy ride in recent years as it has struggled to grow beyond its foundations of mitigating litigation risk for patent owning companies. In 2016 activist investor Mangrove Partners wrote a letter to the board of directors that was sharply critical of management and demanded changes to be made. It was still a shock however when, in another IAM exclusive in February, it emerged that CEO John Amster had left the company following a disagreement with the board over his attempts to take RPX private. Amster was the only co-founder left at the business and had played perhaps the key role in making RPX such a force in the IP value creation market.

Nokia has been an active seller of patents for some time as it has looked to rationalise its portfolio. Many of the assets subsequently divested have ended up in the hands of NPEs, but this year the Finnish telecoms giant took a different approach, transferring around 12,000 rights - many of which the company had acquired through its Alcatel-Lucent acquisition - to Provenance Asset Group, a new monetisation vehicle headed by former AST head and RPX executive Dan McCurdy and ex-Kodak IP executive Tim Lynch. Their plan is to offer operating companies rights to very high quality patents for defensive purposes, while the remaining, lower quality assets will ultimately be sold off. Whether it succeeds or not it does at least give patent owners a way of disposing of assets without selling to NPEs.

It was a year in which some of the biggest names in corporate IP value creation were on the move. Perhaps the biggest was Allen Lo who, as we exclusively revealed in August, jumped ship from the top patent job at Google to take the IP reins at Facebook. At the search giant Lo oversaw a spate of value creation initiatives and so will be interesting to follow if takes the same kind of innovative approaches in his new role. BlackBerry also saw a change at the top as Mark Kokes, the company’s senior vice president of IP, licensing and standards, suddenly left the business over the summer (in another exclusive for the IAM blog). Finally, 2017 also saw Brian Hinman step down as the CIPO at Philips, one of the premier corporate IP jobs. Although Philips is a European company, the Hinman move makes the list here because he is an American and has decided to head back home. Where he ends up may well be one of the big stories of 2018. 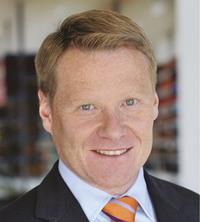