The current cost of transparency in IoT patent licensing

The internet of things has immense potential, but currently there is too much of a burden being placed on patent owners participating in the wireless standardisation process that will underpin its success, argue Claudia Tapia and Gabriele Mohsler

Standards will play a decisive role in the so-called Internet of Things (IoT), where billions of devices (estimates are between 20 to 50 billion by 2020) will be connected. In general, standards are considered pro-competitive because they allow for high-performance interoperable products and services.

Standards - like 2G, 3G, 4G and 5G - are set and developed by companies and other stakeholders, some of which choose to share the result of massive and costly R&D efforts via technical contributions in standard development organisations (SDOs). Within the standardisation process, the best technical contributions, selected by consensus and based on their technical merits, are incorporated into the standards.

The cutting-edge technology contributed to standardisation work is often protected by patents, and as a result these could end being standard essential patents (SEPs). This means that, in order to implement a standard, it will be necessary to practise the invention protected by these patents.

To foster the success of standardisation many SDOs encourage their members to make SEPs available via licensing on fair, reasonable and non-discriminatory (FRAND) terms and conditions.

FRAND allows implementers to get access to patented standardised technology at affordable prices so they can successfully commercialise their products and services (and this even if they have not contributed to the standard). At the same time, it guarantees a return on investment to innovators (as a reward and to encourage future contributions).

SDOs also require their members to disclose publicly, to the best of their knowledge and without any obligation to conduct internal patent searches, those patents and patent applications they consider are essential or might become essential to the standard (ie, potentially essential). In ETSI, these so-called ‘essentiality declarations’ are collected in a database.

Due to the discrepancy between the amount of ‘potentially essential’ patents and the number of ‘essential’ patents, some academics and policy makers have raised concerns regarding a large rate of ‘over-declaration’.

In practice, FRAND is agreed by parties in bilateral negotiations and in such a process the essentiality declarations towards the SDOs do not typically play a role. In fact, in the US, prospective licensees are sometimes discouraged by their lawyers to use the essentiality databases to avoid being considered wilful infringers and risk treble damages.

To prove the essentiality of its portfolio, the SEP holder usually presents representative claim charts during technical discussions with the potential licensee (ie, documents that list patent claims, element by element, and how and why they read on specific citations from the standard and, thus, are considered essential by the SEP holder).

In November 2017, the European Commission, concerned about the challenges that the IoT may bring to the ecosystem (thousands of new players incorporating standardised connectivity to enhance their products and services but with no experience in licensing of SEPs), advocated in favour of giving a new purpose to SDOs’ declaration frameworks: to provide more transparency by knowing with greater precision which companies own how many essential patents (see EC Communication, Setting out the EU Approach to Standards Essential Patents, 29th November 2017). In that regard, the Commission considered that SEP holders should provide more up-to-date and accurate information in their declarations.

On the one hand, according to the Commission, declarations should contain, at least, a reference to the section of the standard that the SEP relates to, a link to the patent family as well as information on how to contact the SEP holder. On the other hand, SEP holders should review their declarations three times: “[1] at the time of adoption of the final standard ([2]and subsequent significant revisions) and [3] when a final granting decision on the patent is taken.” The latter proposal raises a number of unresolved questions:

Kelce Wilson calculated that for a skilled person “multiple hours, at a minimum, and potentially a day or more, to confirm that a patent claim is truly essential to a technical standard”. Companies spend 40 to 50 hours work in their own essentiality checks (ie, for drafting and validating a claim chart), in which patent attorneys, technical experts and employees who have deep knowledge of the relevant standard are involved.

Regarding the costs, the former chief IP officer at Philips, Ruud Peters, estimated $5,000 to $10,000 per patent valuation. Considering that as early as 2012, RPX roughly calculated over 250,000 patents in the United Stated related to mobile phones, the budget to determine the essentiality of SEPs in the telecoms sector would be explosive.

Certainly, the Commission recognises that the “scrutiny requirement” should be balanced against the respective costs and that stakeholders should not be burdened with excessive burdens, and thus suggests that it could be limited in terms of both depth of scrutiny and number of examined SEPs. However, considering the costs and time required for a proper analysis it is hard to imagine how such a high-qualitative evaluation of representative patents would ever become affordable for the ecosystem, let alone produced in a timely manner.

What’s more, who would pay for these essentiality checks - the SEP holders, the standard implementers, 50-50? Would these costs be passed to the consumers?

Would companies be sanctioned if a court disagrees with their self-assessment of essentiality? If so, how much would that be per patent? What if different courts come to different conclusions?  Since financial sanctions would incentivise under-declaration, would that not be more harmful than over-declaration from a practical point of view?

What if an external body, let’s say the EPO, were in charge of the essentiality checks and a court determines that a patent originally assessed as non-essential is essential? Would the EPO be liable? If the analysis is not binding, what would then be the benefit of such essentiality checks?

All these questions are currently being discussed in SDOs such as ETSI, which has declined several times to conduct any essentiality checks itself.

In the meantime, the European Commission has initiated a pilot project which will be conducted by the Eindhoven University of Technology together with the Technical University of Munich to analyse the practicability and costs of such essentiality checks.

Innovators creating standardisation nowadays face an unresolvable dilemma: should they disclose in a ‘timely manner’, easily leading to over-declaration, or wait until there is more certainty (eg, once the patent is granted and the company assesses that it is essential) and eventually lose the enforceability of the patent (see Core Wireless Licensing SARL v Apple Inc, No 17-2102 (Fed Cir 2018)? Bearing in mind that the purpose of the essentiality declarations is to provide access on FRAND terms, as well as the complexity (costs, skills needed and timing) of providing a new role to the essentiality databases, one cannot but wonder whether there may be other, more efficient, tools to guarantee a higher degree of transparency for licensing to companies entering the IoT market.

One example of transparent and efficient licensing for IoT can be found by the platform AVANCI, which licenses in one-stop-shopping the largest portfolios of SEPs (from Nokia, Siemens, Qualcomm, Ericsson and other 16 companies) for 2G, 3G and 4G standards to IoT players (starting with cars and smart meters). Since the prices are publicly disclosed, there is no risk of discrimination. Another indicator that the estimated prices are aligned to FRAND principles is that they are based on the value the wireless technology brings to different applications.

While transparency will be indispensable to achieve a successful IoT and Digital Single Market, the steps to achieve it will also require a balanced approach. Licensing platforms, voluntary declarations of the FRAND range for a concrete standard and the use of licensing negotiation guidelines, could be a step in the right direction.

The views expressed in the piece are theirs alone and do not necessarily represent Ericsson’s views. The German version of this paper was published at Intellectual Property, LES-column, Edition 1, February 2019 with the title ‘Sind sogenannte “Überdeklarationen” tatsächlich ein Problem?’ 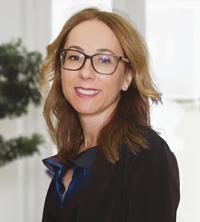