The Beijing IP court gave foreign IP plaintiffs a perfect 63-0 win rate in 2015, reports one of its judges

Foreign plaintiffs notched a 100% win rate in civil cases heard by the Beijing IP Court last year, according to a judge who has been on its roster since it was established in 2014. The revelation came in a speech delivered in early June by Gang Feng which updated observers on its activities (a transcript and figures in both English and Chinese are available here).

In terms of sheer numbers, patents don’t play the biggest role; according to the 2015 numbers cited by the judge, almost 75% of the first-instance cases reviewed by the court dealt with trademarks, while a similar majority of second-instance cases were about copyright. Moreover, the vast majority of cases by number (90%) are administrative matters, including appeals from the Chinese Trademark Office's Trademark Review and Adjucation Board (TRAB) and the State IP Office's Patent Re-examination Board (PRB). But it was a patent-heavy cross-section of disputes that Judge Gang singled out with considerable enthusiasm:

Judge Gang’s statement here includes judgments delivered in all types of civil IP litigation during 2015, but it could well be that most of them are patent cases. When it comes to civil litigation, only disputes centred on patents or other technologically complex IP rights can be heard at first instance by China's specialist IP courts; trademark owners may only file cases at them if they concern a “well-known” mark. I searched a database of court decisions from China-based service provider IPHOUSE, and turned up 73 total first instance civil judgments from the court last year. Of those, 54 were patent cases, seven dealt with trademarks, and four copyrights. Taken together, these factors suggest that patent owners figured heavily among the foreign plaintiffs whose perfect record was highlighted so effusively by Judge Gang.

There are three special principles that apply to cases involving a foreign party, the judge noted: “The principle of national treatment, the principle of minimum protection standard and the principle of public interest.” What those mean is unclear, but there has long been concern from foreign corporations on just that point - that different rules apply to foreigners in China’s justice system, making it inherently uncertain. While Judge Gang's stats may allay some concerns, many patent owners will no doubt remain wary of assertion activity seen as revenue-focused, or against China’s industry-leading “national champions”.

Late last week, Qualcomm doubled down on its dispute with Chinese smartphone maker Meizu, filing 17 patent infringement complaints shared between the specialised IP courts in Beijing and Shanghai. The move follows the lawsuit over licensing terms it filed a week earlier. The stakes are very high, with the US company’s former head of patents in Asia telling IAM that a loss could “destroy” its current licensing model.

If the dispute between Qualcomm and Meizu does indeed proceed to trial in Beijing (or Shanghai), it could prove an incredibly important moment, and not just for the two companies involved. SEP owners and mobile standards implementers alike will be watching the first test of the FRAND licensing terms laid out in the NDRC’s settlement and rectification plan with Qualcomm. Judge Gang suggested that the court welcomes such high-profile clashes, saying that its docket attracts cases that “are of great social influence and draw much attention”.

It’s hard to imagine a comparable pitch based on plaintiff-friendliness coming from the US in the current environment. And as this blog pointed out again yesterday, absolutely nobody knows what’s next for Europe. From China, though, the message could not be clearer: "Come litigate here and you’ll get a fair shake from our professional and specialised courts." Qualcomm is counting on that being the case. 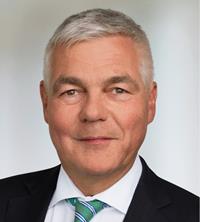