In early May, the German Federal Court of Justice (the country’s supreme court) handed down its decsion in Sisvel v Haier, the first FRAND-related case it had heard since the Court of Justice of the European Union’s landmark 2015 Huawei v ZTE judgment. Although it found in favour of Sisvel, so overturning a ruling made by the Düsseldorf Higher Regional Court, it did not release its reasons for doing so. Now, though, it has given the two parties its full judgment.

IAM will provide more analysis of the case over the coming weeks, but in the meantime Sisvel has given us permision to reproduce a press release the firm put out yesterday that summarises the ruling. Note that this has been edited into IAM house style. The original can be seen here.

The German Federal Supreme Court (BGH) has handed down the reasoning behind its 5th May decision in re Sisvel v Haier to the parties. The decision provides clear guidance on many long-debated issues regarding negotiations of technology licences for standard essential patents (SEPs).

Hold-out strategies have no future

One of the key elements set forth by the court is the level of engagement required in order for an implementer of patented technology to be considered “willing” to take a licence. The court addresses the hold-out strategies applied by many implementers and also used by Haier in the present case. The court points out that an implementer must actively engage in the licensing negotiations with the clear, distinct and unconditional intention of obtaining a licence. Merely claiming to be “willing”, but with no real evidence of engagement, is not enough. This is even more the case if the implementer does not react for months to a licensing offer addressed to it.

In line with earlier statements and guidelines published, among others, by the European Commission, the court recognises that portfolio licence offers - or other offers including several standard essential patents needed by the implementer - have positive effects and do not raise antitrust concerns. The patent owner is not required to license a smaller subset of SEP patents compared to its offer; rather, such offers serve implementers’ own interests by creating efficient access to a larger SEP portfolio in one go. In this context, the court further confirms that worldwide licences are usual and accepted practice.

Implementer’s duty to make its own assessments

The owner of an SEP shall indicate to the implementer how a patent is infringed. It can do so, but is not obliged to do so, by providing claim charts. However, the court made clear that the implementer cannot make excessive requests for detailed technical explanations and use this as a delaying tactic by only pretending to be interested in a constructive exchange. According to the court, the implementer must make its own assessment of the alleged infringement of a patent owner’s patents and cannot pretend simply to be on the receiving end. Where the implementer cannot make the assessment itself, it should seek external professional support. Not having access to resources in-house is no excuse.

FRAND declarations do not imply everyone gets the same offer

Patent owners are not obliged to offer identical conditions as a kind of uniform tariff (Einheitstarif) to all implementers. The court leaves no doubt that there is no such obligation resulting from the patent owner’s FRAND commitment. Rather, as is also recognised by the European Commission, such declarations serve to guarantee that all implementers can access a given standardised technology – provided they accept paying for a licence under FRAND terms.

Licensing-out standard essential patents requires a non-discriminatory offer to the potential licensee. However, the court recognises that patent licensing sits firmly within business reality: not every licence concluded previously by a patent owner serves as a model for the next licence offer covering the same patents. A licence that has already been concluded that is “the best a patent owner could get” under specific circumstances, should not bind the patent owner in future cases. Conditions may differ, so long as competition between licensees in similar conditions is not distorted.

We believe that the BGH has made a clear decision on how the courts and licensing professionals should approach the question of the FRAND obligations of implementers … The BGH provided clear guidance first by recognising the existence of hold-out tactics in the market and then by defining with great clarity the obligation of the implementer to actively pursue a licence to the patents it unavoidably practices. The court also recognises that licensing agreements may differ due to business realities. This is a landmark decision and the court has done the entire technology and innovation ecosystem a great favour.

Florian Cordes, Sisvel’s Head of European Litigation and an attorney admitted to the German bar

We are particularly happy that the German Federal Supreme Court used the opportunity to further set the record straight with regard to a much-discussed legal issue … The court reconfirmed that injunctions against unwilling licensees are fully available for standard essential patents. There was no word about proportionality checks to be applied in this context. Only an implementer which makes a distinct and unconditional licence offer under FRAND terms does not need to fear an injunction: this should close the door to hold-out strategies. 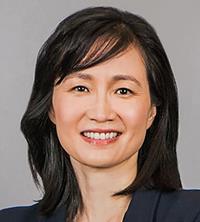