An SEP licensing system with no rules has no future, says IEEE Standards Board executive

In a wide-ranging interview, Konstantinos Karachalios, the managing director of the IEEE Standards Association (IEEE-SA), has explained why he feels the changes made earlier this year to the IEEE-SA’s patent policy, were essential to the future stability of licensing worldwide. Speaking to the IAM blog Karachalios insisted: “This is about the dynamics of the entire system and a system with no rules has no future and the system where the rules are totally ambiguous has no future.”

He fended off criticisms not only of the changes themselves but also of the process by which they were decided. The new terms and the decision-making process have been lambasted by a lobby of tech companies that have significant patent licensing businesses. Since the changes were confirmed Qualcomm, InterDigital, Ericsson and Nokia have all announced that they will not submit their patented technologies to be licensed under the new regime.

Despite the fallout , Karachalios insisted that reform was needed to bring clarity to what reasonable means in standard essential patent (SEP) licensing under fair, reasonable and non-discriminatory (FRAND) terms. "If you have an entire policy, which is a kind of assurance for the participants in the system, and this entire policy is based on one notion, and this notion is totally undefined, then you have a problem,” he remarked.

In recent years clear divisions on what constitutes a reasonable royalty for an SEP have emerged in several disputes. In a case between Microsoft and Motorola in a Washington state district court, for instance, the two sides differed by several billion dollars on an appropriate rate. The decision of the Washington court was affirmed last week by the Court of Appeals of the Ninth Circuit. For IEEE, cases like this have increased the pressure to bring greater clarity to SEP licensing. “In my opinion it is better to set the rules yourself than to have the rules set by outsiders with good intentions but who do not understand the dynamics of the system,” Karachalios asserted.

Arguably the two most controversial changes introduced by the IEEE address how licensing royalties should be determined and the availability of injunctive relief. Under the new policy, rather than taking into account the value of an entire device, a royalty should consider an SEP’s value to the smallest saleable component of which the patent is a part. With regard to injunctions, the new policy precludes SEP owners from seeking them during good-faith negotiations with an alleged infringer, or prior to the outcome of an appeal by the infringer of a lower court decision.

So far the IEEE-SA’s Standards Board has delegated much of the responsibility on how to deal with a potentially essential patent submitted by anyone who refuses to submit a letter of assurance (LOA) under the new terms, to the body’s working groups. A June resolution from the Standards Board advised that “participants may want to consider an alternative technology” in this situation.

Karachalios revealed that there was an ongoing debate at the Standards Board on how they will proceed, with the topic due to be discussed again at the board’s next meeting in September. He pointed out, however, that it was still up to the companies to decide whether they wanted to submit patents to be considered under the new policy. “We’re not going to administer this from the top down, both working group participants and companies can decide; anyway, it is not mandatory for the companies to submit LOAs,” he insisted.

So far the IEEE is the only standards-setting organisation that has changed its licensing terms. Notably both the International Telecommunication Union (ITU) and the European Telecommunication Standards Institute (ETSI), two organisations that make changes largely through a consensus-driven process, have not altered their policies. Karachalios claimed that the reason the IEEE had been able to push through a new policy was that it relies on a democratic process to make changes. “When you have a governance position where one company or one government can block the entire process, how can you advance?” he commented. “We’re in the lucky position that we have a democratic system.”

He rejected the narrative that has come to dominate this debate that it is a fight between those who develop the patented technologies and those who implement them in the devices that they manufacture. He pointed out that several companies, such as Samsung, which support the new policy, are on both sides of that narrative. That said, the group of companies that have criticised the IEEE-SA’s new terms are hugely influential in the patent licensing market and have been central in the development of many areas such as WiFi where the IEEE has played a leading role.

How this spat plays out, therefore, has major ramifications for the evolution of the SEP licensing market. “I am convinced this makes the system in the medium and long-term more stable,” Karachalios commented. “We may have some friction now with some players who don’t like the rules but I think for them and every genuine innovator what we did was a good thing. I can’t see how accountability and transparency and clarity can harm a system. Believe me it was a painful process and was not easy but I still think it was worth the pain we went through.”

IAM has produced a video feature looking at the future of SEP and FRAND licensing, including interviews with figures such as Randall Rader, Mark Lemley and Ericsson’s Monica Magnusson. It can be found in the Media section of this website or directly via this link. 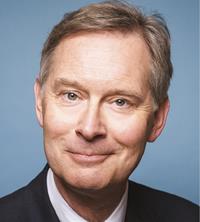