By Hao Zhan and Jing He

Antitrust enforcement relating to standard-essential patents (SEPs) and fair, reasonable and non-discriminatory (FRAND) licensing in China has been a focal point for industry and the international legal community for the past few years. In this regard, the National Development and Reform Commission’s (NDRC) investigation into Qualcomm Corporation was typical of what a licensing company may encounter in China.

This report highlights the relevant legal basis for SEP and FRAND-related antitrust enforcement in China, as well as key developments. Standard-related IP policies, FRAND royalty rates, refusal to license, patent pools and injunction relief for SEPs have been hotly debated among policymakers, judges, practitioners and industry players. Some Chinese court cases have arguably been among the earliest decisions worldwide in this field, and future enforcement activities and the outcome of private antitrust lawsuits in China will likely continue to affect global trends.

China had no anti-monopoly law until 2008. Before that, courts and government authorities relied on the Anti-unfair Competition Law (which provides rules dealing with bundling) to address anti-competitive activities.

In 2004 Chinese generic battery company Tsum sued Sony Corp for illegal bundling of its InfoLithium batteries. This case was widely held to be the first anti-competitive IP court case, as Tsum argued that Sony had misused its encryption technology to bundle the batteries. The court dismissed Tsum’s claim and ruled that there had been no tie-ins.

Between 2004 and 2016, many IP-related antitrust discussions focused on IP policies for standard-setting activities, which finally led to the Standardisation Administration Commission issuing a national regulation on patents and standards.

After the passage of the Anti-monopoly Law, legislative efforts in the IP field mostly related to the IP Misuse Guidelines drafted by the State Administration for Industry and Commerce (SAIC). The guidelines were eventually converted into the IP Misuse Rules.

The first case in which the Chinese anti-monopoly authorities established a clear position regarding the analysis of SEPs was the Ministry of Commerce’s (MOFCOM) merger review of Google Inc’s acquisition of Motorola Mobility Holdings Inc. In May 2012 MOFCOM announced its conditional approval of Google’s proposed $12.5 billion acquisition of Motorola Mobility. In contrast to the unconditional approval granted by the EU and US antitrust authorities, MOFCOM imposed conditions on Google out of antitrust concerns. These included obliging Google to:

The Huawei cases are probably among the most controversial. The decisions relating to the determination of relevant market and FRAND royalty rates have generated much debate, which may even hurt Huawei’s own licensing activities in the future.

Regarding the first claim, the court supported Huawei’s claim that IDC had abused its dominant market position by:

In particular, the court found that each of the SEP licensing markets constituted a relevant market.

Regarding the second claim, the Guangdong High Court affirmed the Shenzhen Intermediate Court’s ruling that IDC had imposed excessively high royalty rates for its SEPs relating to 2G, 3G and 4G wireless communications standards. Specifically, the court found that IDC’s royalty rates were noticeably higher when compared to its licensing agreements with Apple and Samsung. However, many believe that the royalty rate argument lacks sufficient grounds, since the alleged royalty rate that IDC charged Apple is not really comparable. The case is pending before the Supreme People’s Court for review.

In February 2015 the NDRC concluded its investigation into Qualcomm and imposed a Rmb6.088 billion fine, the largest penalty to date under the Anti-monopoly Law. The NDRC identified three types of anti-competitive conduct in which Qualcomm had engaged during its licensing arrangements with Chinese licensees:

In this decision the NDRC seems to have followed some of the reasoning in the Huawei cases regarding the abuse of dominant market position in licensing activities. From an antitrust perspective, the most significant outcome of this case was that the NDRC did not endorse the smallest saleable patent practising unit rule or impose it on Qualcomm. This was a significant relief to many licensors. In other words, the NDRC did not object to Qualcomm continuing to charge royalties based on the handset price.

This merger review decision deserves much more attention than it has received, since it deals with some of the most challenging issues related to de facto essential patents.

In April 2014, just two years after its conditional approval of the Google merger, MOFCOM approved Microsoft’s acquisition of Nokia’s mobile handset business on the condition that both Microsoft and Nokia continued their business dealings with licensees on FRAND terms. MOFCOM expressed concerns that Microsoft – having obtained control of a sizeable mobile devices manufacturer – might take advantage of its “important patents” (eg, those covering the Android operating system), in order to gain a competitive advantage in the mobile handset market – particularly in terms of Android phones. This raised the interesting issue of whether MOFCOM believes that FRAND rates should apply to de facto essential patents.

“China’s rules on SEP and FRAND-related antitrust issues are rapidly developing, and the competition between antitrust authorities might pose significant challenges for companies trying to decide which to follow”

On April 7 2015 SAIC released its long-awaited Rules on the Prohibition of Abuse of Intellectual Property Rights for the Purpose of Eliminating or Restricting Competition. The rules became effective on August 1 2015. They deal with issues including the determination of patent holders’ market dominance, essential facilities, compulsory licensing, SEPs and safe harbour in horizontal and vertical agreements settings.

The rules were initially drafted as guidelines to deal with IP-related anti-competitive practices – a project which was commenced as early as 2009. The earlier drafts of these guidelines received multiple rounds of comments from local and foreign legal professionals, regulatory agencies, courts and other stakeholders. At the end of 2012 the SAIC made a dramatic move, converting the draft guidelines into the rules, which act as the legal basis for SAIC to impose penalties on violators.

The drafting of IP misuse guidelines started in Summer 2015, led by the Anti-monopoly Commission (AMC) under the State Council. Four central government departments – including MOFCOM, the SAIC, the NDRC and the State IP Office – have prepared separate drafts of the guidelines, while the NDRC has apparently been asked to take the lead. Reportedly, the AMC will consolidate the drafts into the final form following a period of public consultation, predicted to take place in mid-2016. The drafting processes of various IP misuse guidelines, as circulated by the NDRC and SAIC, attracted rounds of discussions and submissions among professional groups and government agencies between October 2015 and February 2016. The full Chinese text of the NDRC’s draft guideline, published on December 31 2015, is available at www.sdpc.gov.cn/fzgggz/jgjdyfld/fjgld/201512/t20151231_770234.html. The full Chinese text of the SAIC’s seventh draft guideline, published on February 4 2016, is available at www.saic.gov.cn/fldyfbzdjz/gzdt/201602/t20160204_166524.html.

Both the NDRC and SAIC guidelines, which have been made public to the national and global legal community, follow the analytical structure in the Anti-monopoly Law and cover a wide range of IP-related antitrust matters. The following aspects of the two guidelines are worth special attention.

Both guidelines define fundamental issues such as analytical approaches and procedures, as well as factors for assessing the influence of existing IP rights on competition. Notably, both guidelines confirm that there should be no presumption that owning IP rights in and of itself constitutes market dominance; rather, a case-by-case analysis should be adopted (see Section I(i) of the NDRC guideline and Article 4(2) of the SAIC guideline).

However, it seems that SAIC is taking the more cautious approach towards the regulation of IP rights. Section I(i) of the NDRC guideline states that in analysing IP rights, antitrust regulatory standards should be adopted which are similar to those applied to other property rights. However, Article 4(1) of the SAIC guideline features an economic analysis of IP rights which indicates that “compared with other property rights, the production cost is high, while the marginal cost of utilisation is low”. It further states: “The boundary of IP rights is not as clear as other property rights.” Provided that the positive impact of exercising IP rights is proven to exceed the negative impact, the SAIC guideline states that the regulatory authorities may not interfere.

The two guidelines indicate that the relevant technology market should be incorporated into the definition of ‘relevant market’ where it is insufficient merely to consider the product market. Article 8 of the SAIC guideline defines an ‘innovation market’ as the upstream section of a technology market, focusing on the competition involved in developing future generations of new technologies and products. The inclusion of the term may empower the SAIC to assess and regulate technology licensing practices through arguments about the impact on the ‘innovation market’.

IP agreement which may eliminate or restrict cometition

Both guidelines have incorporated the safe harbour rules. However, there are obvious inconsistencies between the two guidelines regarding the conditions for applying the safe harbour – the scope of exemption in the SAIC guideline is relatively broader. This is an area which the AMC must eventually harmonise.

The NDRC guideline treats the use of injunctive remedies by SEP owners as a type of potentially abusive behaviour. The NDRC specifies that, where SEPs are concerned, the factors that determine whether an injunctive remedy counts as abuse of a dominant position include:

The approach that the NDRC takes towards injunctive relief is consistent with actual practice. It has been sensitive to what SEP owners are doing in reality – for example, whether they are using litigation or other enforcement methods to force potential licensees to buy licences or pay royalties.

By contrast, Article 28 of the SAIC guideline addresses the same issue at an abstract level without providing detailed tests. The SAIC simply refers to an abusive act wherein an SEP owner abuses injunctive relief to force licensees to accept unreasonable terms and conditions.

China’s rules on SEP and FRAND-related antitrust issues are rapidly developing, and the competition between antitrust authorities such as the NDRC and SAIC might pose significant challenges for companies trying to decide which to follow.

At present, everyone is looking to the AMC to issue the final set of IP misuse guidelines, which will hopefully provide predictable guidance for both licensors and licensees.

Another major factor is the attitude of the courts. As more private antitrust lawsuits are being filed, the Supreme People’s Court may be willing to use its powers to issue specific rules or set precedents that shape the antitrust legal framework. The court has reportedly finalised its judicial interpretation on patent lawsuits. Several provisions directly address SEP-related injunctions. The big question is whether the Chinese courts will follow something close to competition neutrality or will they show more interest in protecting local firms.

Hao Zhan is the managing partner of AnJie Law Firm. He obtained his doctorate from Peking University and was a postdoctoral researcher in microeconomics in the Tehua Research Centre. He has significant experience in antitrust private litigation and high-stakes litigations and arbitrations. The cases he has represented in the courts and before regulators have concerned some of the most challenging issues in China and his service is highly appreciated by clients. Dr Zhan has been recognised for his expertise in the antitrust field since 2009.

Jing He, co-founder of AnJie Law Firm, has provided legal services to leading multinationals, domestic companies and international associations for the last 16 years. He has rich experience in handling IP antitrust policy advocacy in the areas of pharmaceuticals, biotechnology, fashion, sports goods, software, consumer electronics, mechanical goods, automobiles and internet apps. A number of the cases represented by Mr He resulted in precedents recognised by the Supreme People’s Court and provincial higher people’s courts. Mr He has been named as a leading practitioner by Chambers Asia-Pacific, the IAM Patent 1000 and the WTR 1000. 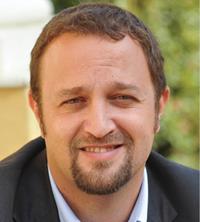