The French courts are now hosting a growing number of fair, reasonable and non-discriminatory (FRAND) litigations and international arbitrations – such as Samsung v Apple and Ericsson v TCT, and more recently Core Wireless v LG Electronics and Vringo v ZTE – in which French judges were asked to rule on significant FRAND issues.

Historically, patent holders elected to submit most infringement cases to German and Texan courts, which had earned a reputation as forums of choice for prompt patent rights enforcement. This was also true for litigation concerning standard-essential patents (SEPs).

However, courts in Europe and the United States have limited the opportunities for SEP holders to obtain injunctive relief. In fact, patent holders’ enthusiasm for the German courts has been tempered since the Federal Supreme Court’s 2009 Orange Book decision, which established that an alleged infringer may oppose a request for a prohibitory injunction on the grounds of abuse of dominant position if the patent is essential to a standard.

Further, the July 2015 European Court of Justice (ECJ) decision in Huawei v ZTE was a milestone in terms of FRAND obligations and the potential use of prohibitory injunctions. The ECJ left the application of the principles that it asserted to the national courts. Despite signs of resistance from certain German courts (eg, the Dusseldorf Regional Court in Sisvel v Haier and the Mannheim Regional Court in Deutsche Telekom v Saint Lawrence Communications), this decision should harmonise SEP litigation in Europe. This report examines how French judges are dealing with the issue.

True FRANDship is about tough love

In 2014 Core Wireless initiated fast-track proceedings against LG Electronics before the Paris Court of First Instance (which has exclusive competence to rule on both the validity and infringement of patents), seeking to obtain payment of a FRAND royalty rate for its portfolio of patents declared essential to the global system for mobile communications (GSM), universal mobile telecommunications system (UMTS) and long-term evolution (LTE) standards, as well as an advance payment of €5 million.

Both parties requested the court to set the FRAND royalty rate owed by LG Electronics. However, Core Wireless sought the determination of a FRAND royalty rate applicable to a portfolio of over 1,200 patents that had been declared essential to the European Telecommunications Standards Institute (ETSI) and which it had acquired from Nokia. Core Wireless invoked five of these patents as “non-exhaustive examples”.

LG Electronics argued that FRAND royalty rates should apply only to patents that were:

LG Electronics also challenged the validity and essentiality of the five patents asserted by Core Wireless.

Core Wireless requested the court to declare that the specifications of GSM, UMTS and LTE standards reproduced the teachings of five of its patents, which it considered to be essential and chose as examples representative of its entire patent portfolio.

As a result, the court dismissed all of Core Wireless’s claims.

The court further held that because a FRAND rate is mandatory for SEPs only, there was no reason to set a FRAND royalty rate. The court therefore dismissed all of LG Electronics’ counterclaims for the determination of a FRAND royalty rate. Core Wireless has appealed the decision and the case is pending before the Paris Court of Appeal.

Around the same time, essential patent holder Vringo Infrastructure Inc initiated proceedings before the Paris Court of First Instance against ZTE Corporation and its French subsidiary ZTE France for infringing two patents that had been declared essential to the UMTS standard with ETSI. The previous year, Vringo had acquired a portfolio of over 500 patents and patent applications from Nokia.

Vringo also sought an injunction against the ZTE companies against the import, storage or sale of the network infrastructure equipment allegedly reproducing the two patents. The court delivered its decision on this injunction on October 30 2015.

Besides contesting the validity and essentiality of the two patents asserted against it, ZTE also argued that “Nokia had undertaken through a contractual provision to grant a license to any person wishing to implement said standard, on [FRAND] terms” and that Vringo was bound by such undertaking. ZTE further argued that since it had accepted such patent licence provision, the parties were bound by a licence agreement authorising ZTE to use the two patents invoked by Vringo “under the terms of the ETSI declaration made by Nokia”.

ZTE requested that the court appoint at least one expert to determine the FRAND rate owed for the licence in France for the two patents asserted by Vringo, which would be paid only if these patents were deemed valid and infringed. ZTE therefore requested the court to dismiss the injunction application made by Vringo.

Unlike in Core Wireless, neither party asked the court to determine the appropriate FRAND rate itself.

Finally, ZTE claimed that Vringo had “committed an abuse of dominant position by (i) breaching the obligations undertaken within the framework of ETSI to grant a license under FRAND terms, (ii) practicing tied selling, (iii) and proceeding to privateering”.

The court did not examine or discuss the merits of ZTE’s defences. Indeed, the court succinctly determined that its findings of invalidity for the first patent asserted by Vringo and of non-essentiality for the second patent “made the claims of the ZTE companies relating to the FRAND patent license and abuse of dominant position purposeless”. Vringo and ZTE settled all of their disputes worldwide after this decision was released on December 7 2015.

These decisions show that the Paris Court of First Instance has established stringent requirements that must be met by the purported owners of SEPs.

First, the burden of proof falls on the owner of an SEP: it must carry out a detailed technical analysis of the patent, regardless of the fact that it has already been declared essential to ETSI, since ETSI does not carry out such an analysis.

Further, the Paris Court of First Instance sets the bar high for proving the essentiality of a patent, requiring evidence from the patent holder that:

Hence none of the five patents asserted in Core Wireless was proven to be essential, while in Vringo the first patent was declared invalid and the second was declared non-essential.

Indeed, even if the Paris courts are known for having high standards regarding validity and infringement, the above ratio of 100% invalidity or non-essentiality is well beyond the normal findings of the courts – especially for a pride list of SEPs that had been carefully established by the patent holders themselves.

Finally, since no prohibitory injunction was granted in Vringo due to the asserted patents’ lack of validity and essentiality (and since there was no request for injunction in Core Wireless), the court had no opportunity to rule on this issue or address the merits of the arguments in defence.

The ECJ’s decision in Huawei was rendered after the Core Wireless decision and after the Vringo pleadings. Thus, neither claimants nor defendants could rely on the ECJ’s ruling in their submissions and pleadings; nor could the Paris Court of First Instance apply it.

“Even if the Paris courts are known for having high standards regarding validity and infringement, the ratio of 100% invalidity or non-essentiality is well beyond the normal findings of the courts”

Approaching a FRANDlier relationship between SEP owners, users and consumers

Huawei started in April 2011, when Huawei brought an action in Dusseldorf against ZTE for infringement of its SEP after licensing negotiations had failed. No offer had been finalised and ZTE had continued to sell devices implementing Huawei’s patent without paying any royalty. Huawei therefore sought a prohibitory injunction and recall of products. The Dusseldorf court referred questions to the ECJ for a preliminary ruling on whether – and in what circumstances – an action for infringement constitutes abuse of a dominant position when the SEP holder has undertaken to grant licences on FRAND terms.

The ECJ first noted that a prohibitory injunction and application to recall products bear heavy consequences for the SEP user, while strengthening the already significant market power of the SEP holder, continuing as follows:

“[H]aving regard to the fact that an undertaking to grant licenses on FRAND terms creates legitimate expectations on the part of third parties that the proprietor of the SEP will in fact grant licenses on such terms, a refusal by the proprietor of the SEP to grant a license on those terms may, in principle, constitute an abuse within the meaning of Article 102 TFEU.”

The ECJ therefore found that “in order to prevent an action for a prohibitory injunction or for the recall of products from being regarded as abusive, the proprietor of an SEP must comply with conditions which seek to ensure a fair balance between the interests concerned”.

Second, the licensee must express its willingness to conclude a licensing agreement on FRAND terms, to which the owner of the SEP must respond with a specific, written offer for a licence on FRAND terms, in accordance with the undertaking given to the standardisation body, specifying – in particular – the amount of the royalty and the way in which that royalty will be calculated.

Finally, the licensee diligently must reply to that offer, “in accordance with recognized commercial practices in the field and in good faith, a point which must be established on the basis of objective factors and which implies, in particular, that there are no delaying tactics”.

The ECJ also detailed the way in which such conditions can be met regarding:

The ECJ has clarified that SEP holders that have irrevocably agreed with standards-setting organisations to grant licences on FRAND terms are not deprived of their right to seek and enforce injunctions against potential infringers, but that this right must be balanced against the interests of SEP users and consumers.

However, the decision does not expressly afford SEP users a ‘safe harbour’, protecting them against injunctions by agreeing to have disputed FRAND terms determined by an independent third party, as had been suggested in prior European Commission decisions Motorola and Samsung.

Instead, national courts have a more important role in deciding whether:

Given the recent proceedings regarding patents declared essential to ETSI in France, the Paris courts will most likely have the opportunity in the near future to rule on this issue to provide clarifications on Huawei.

The French courts are in a position to rule on all these issues adequately. First, ETSI is located in France and its rules (including undertaking to license under FRAND terms) are subject to French law. Further, many high-stakes international arbitrations are held in Paris, including arbitration on FRAND licences, thanks to arbitration-friendly legislation. Paris therefore appears to be the natural seat for the adjudication of matters concerning telecommunications SEPs, before courts, arbitration tribunals and – in the near future – a central division of the Unified Patent Court. Aspiring willing licensees are recommended to request French courts to determine the applicable FRAND royalty rates for their products, as they are familiar with these proceedings.

Cyrille Amar is a founding partner at Lavoix Avocats, where he handles patent infringement and invalidity cases, as well as disputes relating to licensing agreements. He represents clients before the French and EU courts and is involved in significant arbitration proceedings – in particular, relating to FRAND and SEP issues. 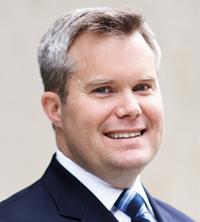