A round-up of IP-related quotes, observations and opinions from the recent past…

Profit is at the heart of nearly every patent… As such, an economic motive for challenging a patent claim does not itself raise abuse of process issues.

Excerpt from a decision by a six-judge panel of the Patent Trial and Appeal Board rejecting a request by Celgene to impose sanctions on Kyle Bass and Erich Spangenberg’s Coalition for Affordable Drugs on the grounds that its shorting strategy amounted to an abuse of the inter partes review process, September 25

Intellectual Ventures is not and has never been for sale. Period. We continue to focus on all aspects of the business of invention, which include inventing in-house and through our network of inventors, licensing our invention portfolio, launching spin-out companies and creating joint ventures.

An Intellectual Ventures spokesperson responds to rumours that the firm may be in negotiations to sell up to a consortium based in Asia, IAM blog, October 1

We expect auction events to be significantly more limited (but not completely absent) since our last conversation with IAM due to the larger market trends… People need to know with some certainty if an asset is going to be turned over by IPR or come under threat from Alice.

The Protect: Membership with Insurance program includes Unified Patents membership and patent insurance for just $995 annually to companies generating up to $20 million in revenue – 80% less than any comparable product. The insurance provided by Protect covers pre-litigation and litigation dispute costs; it does not cover settlements costs, consistent with Unified’s policy of never paying NPEs so as not to fund them and encourage additional future litigation.

Part of a press release published by Unified Patents announcing the creation of a new insurance scheme for small and medium-sized enterprises concerned about fighting suits launched against them by non-practising entities (NPEs), October 7

By being selective with the big companies, we can ensure that the process is not swamped by a small group of applicants and so have kept the capacity for handling accelerated exam requests open to everyone… Smaller applicants have always had equal access to accelerated examination and because they have a lower volume of applications, we have not had to put any limits on their use of it. We have only had to do this with the big guys. I can say categorically that reaching an agreement with Microsoft and the other companies has not delayed or disadvantaged any other requests.

We believe that the combination with Vringo provides IDG with the necessary resources to accelerate growth by increasing market awareness and brand identity stemming directly from the development, manufacturing, distribution, licensing and sales of innovative products and technologies. Our existing patent licensing and litigation strategy remains intact and on track. We believe this acquisition offers diversification to our shareholders and additional licensing opportunities.

Nokia today announced that it has received antitrust clearance from the Chinese Ministry of Commerce (MOFCOM) for its proposed acquisition of Alcatel-Lucent. The clearance in China completes the material antitrust review process required for the transaction.

They’ve taken a narrow view of the decision, which I think is a good thing… I thought IP Australia might come out with guidance much more similar to what we saw from the USPTO, and that they didn’t is welcome news.

As it happens, thanks to the 2011 America Invents Act and those rulings, big companies can now largely ignore legitimate patent holders. Of course, they don’t call it stealing. But according to Robert Taylor, a patent lawyer who has represented the National Venture Capital Association, a new phrase has emerged in Silicon Valley: “efficient infringing”. That’s the relatively new practice of using a technology that infringes on someone’s patent, while ignoring the patent holder entirely. And when the patent holder discovers the infringement and seeks recompense, the infringer responds by challenging the patent’s validity. Should a lawsuit ensue, the infringer, often a big tech company, has top-notch patent lawyers at the ready. Because the courts have largely robbed small inventors of their ability to seek an injunction – that is, an order requiring that the infringing product be removed from the market – the worst that can happen is that the infringer will have to pay some money. For a rich company like, say, Apple, that’s no big deal.

Passage from “The Patent Troll Smokescreen”, by Joe Nocera, published in The New York Times, October 23

From our perspective the takeaways from these developments in Europe validate two of our core tenets. First, that valid patent rights will always be enforceable and, second, that NPEs will adapt.

RPX CEO John Amster comments on a recent upsurge in NPE litigation in Europe during an analysts call, transcribed by Seeking Alpha, October 27

Given the scope of changes taking place in the IP market and the necessary adjustments required at WiLAN, we approached Jim and asked him to reconsider his retirement plans. We are delighted that he has agreed to stay on for at least three more years. As we navigate a challenging marketplace and a transition phase at WiLAN, Jim will provide the continuity and experienced leadership necessary to steer WiLAN towards our long-term growth opportunities.

“This is a win-win... We have the opportunity to connect our strong technical team with the world-class folks at Parsa Wireless, while simultaneously finding ways to help Parsa’s key customers navigate the challenging IP landscape. We are excited to be part of this team. 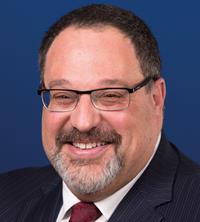