This is a meaningful agreement between Nokia and Apple… It moves our relationship with Apple from being adversaries in court to business partners working for the benefit of our customers.

Maria Varsellona, chief legal officer at Nokia, commenting on the royalty-bearing licensing deal the company agreed with Apple, which brought an end to the pair’s global patent dispute, joint Nokia/Apple press release, May 23

There can be no doubt that from even a cursory review of the record that Cisco pursued litigation about as aggressively as the court has seen in its judicial experience. While defending a client aggressively is understandable, if not laudable, in the case at bar, Cisco crossed the line in several regards… Cisco’s litigation strategies in the case at bar created a substantial amount of work for both SRI and the court, much of which work was needlessly repetitive or irrelevant or frivolous… With respect to the willfulness award under §284, some enhancement is appropriate given Cisco’s litigation conduct, its status as the world’s largest networking company, its apparent disdain for SRI and its business model, and the fact that Cisco lost on all issues during summary judgment and trial, despite its formidable efforts to the contrary. Even assuming for purposes of the record that Cisco has undertaken some post-trial remedial actions, the court concludes that a doubling of the damages award is appropriate.

Judge Sue Robinson, of the Delaware District Court, explaining why she doubled a damages award made against Cisco after it lost a patent infringement case brought by SRI international, memorandum opinion issued on May 25

For the individuals leaving it was something that they were ready to do, while for the business it’s about organising around the buying funds… With this new organisation I think we’re going to be far better set up to execute far more quickly – that’s the goal we have in mind.

We do not welcome unlawful infringement of our patents, and we fully expect other companies to continue to respect Intel’s intellectual property rights. Strong intellectual property protections make it possible for Intel to continue to invest the enormous resources required to advance Intel’s dynamic x86 ISA, and Intel will maintain its vigilance to protect its innovations and investments.

Excerpt from an article by Steven Rodgers, executive vice president and general counsel for Intel Corporation, and Richard Uhlig, the company’s director of systems and software research, Intel Newsroom, June 8

Issue: Whether inter partes review, an adversarial process used by the Patent and Trademark Office (PTO) to analyze the validity of existing patents, violates the Constitution by extinguishing private property rights through a non-Article III forum without a jury.

PanOptis is pleased with today’s court order issuing out of Justice Birss’ landmark decision that a worldwide license is FRAND. Huawei has undertaken with the court to abide by a worldwide license and make royalty payments during the pendency of the appeal which obviates the need to enforce the injunction. For patent owners and product manufacturers alike, it is more efficient for both sides to come to a global licensing agreement. PanOptis’ goal is two-fold: to create an efficient marketplace for licensing and for SEP patent holders to receive a fair return. We believe that today’s ruling significantly furthers this goal.

NPE Pan Optis responds to a decision by Judge Colin Birss, sitting in the High Court of England and Wales, to grant a so-called ‘FRAND injunction’ against Huawei after the Chinese company had been found to infringe standard-essential patent owned by PanOptis, IAM blog, June 12

TiVo Corporation... today announced the appointment of Arvin Patel to the position of executive vice president and chief intellectual property (IP) officer effective in Q3. Reporting directly to TiVo’s president and CEO, Tom Carson, Patel will be responsible for all facets of TiVo’s patents and licensing business, including driving growth and integration of TiVo’s intellectual property assets in strategic focus areas, such as over-the-top (OTT), mobile and global expansion.

With China’s emergence onto the global IP stage, it is important for us to establish a broad presence… not only to serve our current clients and portfolios, but also to assist the Chinese IP industry accelerate its recent momentum. We couldn’t be more excited to now be working with Dr Gao and his firm.

The language of the guidelines issued in February 2016 was somehow giving the understanding that ‘novel hardware’ clause is mandatory to seek patents for CRIs, which was not the case. But the Indian Patent Office has revised those guidelines and clarified that this clause is not mandatory.

An anonymous official in the Indian Patent Office explaining why guidelines on the examining software-related patent applications have been reissued, Press Trust of India, July 2

Candidates must have a diploma of completed studies at university level and proven high-level management experience. Their past career in the private or public sector must give evidence of:

Part of a notice published by the European Patent Office (EPO) inviting applications for the president’s post to start on July 1 2018, EPO website, July 3

It does not serve justice and is in fact an act that I find reprehensible by that judge. It is not common for a member of Congress to call out an individual judge or district but after a long period of enrichment of a community by judges who consider that community’s wellbeing part of their goal, I can reach no other conclusion.

Darrell Issa, chair of the US House of Representatives Subcommittee on Courts, IP and the Internet, commenting on a four-stage, post-TC Heartland test put forward by Judge James Gilstrap of the Eastern District of Texas to determine whether a defendant has “a regular and established place of business” in East Texas and can therefore be sued for patent infringement there, US Congress, July 13 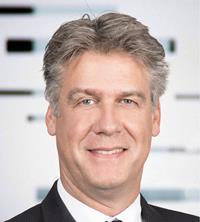