Most of these developments were welcomed by SEP owners which, over recent years, have seen their IP rights challenged by greater use of antitrust laws to police licensing practices in markets such as China and Korea, along with a much tougher legal climate in the United States. The dominant narrative in several key jurisdictions has been that patent owners have been abusing their IP rights to demand unreasonable licensing returns from device manufacturers. Among SEP owners, Qualcomm in particular has become a popular target for regulatory bodies around the world and has found itself in an epic litigation struggle with Apple.

However, in December it was a different courtroom tussle that made rights holders sit up and take notice. A few days before Christmas, a judge in a California district court delivered his decision in TCL v Ericsson over licensing terms for the latter’s SEPs. As with several other recent SEP cases heard in US courts, Judge Selna’s ruling was viewed as being more favourable to implementers – those companies that manufacture devices – than to patent owners, which develop a lot of the foundational wireless technology.

The dispute began in 2014 after licensing negotiations over Ericsson’s 2G, 3G and 4G SEPs failed to result in a deal. TCL, a Chinese mobile company, sued the Swedish business accusing it of being in breach of its obligation to license its SEPs on fair, reasonable and non-discriminatory (FRAND) terms. The case was closely followed by those in the licensing community as it promised to offer a ruling on royalty rates for one of the leading patent portfolios in the sector.

It ultimately led to a bench trial early last year and a decision which was made public in December after the judge had given Ericsson extra time to redact confidential information.

While the ruling went Ericsson’s way on a couple of points – such as that the company had not breached its FRAND obligations – the proposed rates for the Swedish telco’s 2G, 3G and 4G SEPs were far less than it had asked for. The judge’s 115-page decision also contained the damning line that Ericsson’s portfolio is “certainly not as strong or essential as it has claimed”. For a closer look at how the decision compares with another high-profile SEP decision in London, see Tables 1 and 2.

In an interview with the IAM blog at the start of the year, Ericsson IP head Gustav Brismark claimed that the top-down methodology which the judge used to determine the rate that TCL should pay was “highly biased in favour of infringers”. He also called into question “methodological and mathematical errors” in the ruling which affected how much Ericsson could expect to receive for its intellectual property.

Change at the top

While the ruling in TCL v Ericsson – which is being appealed by the latter – fits into a narrative familiar to SEP owners that the legal and regulatory winds are well and truly against them in the United States, it is not the whole story. In November 2017 Makan Delrahim, the United States’ new antitrust supremo, gave a major speech outlining his views on how courts and regulators have encroached too far on SEP owners’ rights. Delrahim’s comments at the University of Southern California signalled that after eight years of an Obama administration, which encouraged the application of antitrust laws in the policing of SEP licensing, the Trump White House is preparing to change tack.

Delrahim indicated that he favoured a less activist antitrust policy and a more market-oriented approach in policing the interests of SEP owners and implementers. He told his audience that: “I worry that we as enforcers have strayed too far in the direction of accommodating the concerns of technology implementers who participate in standard setting bodies, and perhaps risk undermining incentives for IP creators, who are entitled to an appropriate reward for developing break-through technologies.”

In recent years much of the debate around SEP licensing has focused on the threat of hold-up whereby SEP owners can delay licensing until their royalty demands are met.

The prevailing narrative around hold-up prompted one standard-setting organisation (SSO), the the Institute of Electrical and Electronics Engineers, to controversially change its patent policy in early 2015, a move that was heavily criticised by patent owners including Qualcomm, Nokia and Ericsson which have refused to license under the new terms. That change in policy followed comments by one of Delrahim’s predecessors, Renata Hesse, who in a 2012 speech proposed a number of changes for SSOs to guard against the threat of hold-up.

As Delrahim pointed out, much has been written about the problems around hold-up. However, he cautioned that “too often lost in the debate over the hold-up problem is recognition of a more serious risk: the hold-out problem”. In the licensing world that problem favours implementers which simply decline to take a licence until their demands are met.

While Delrahim’s comments carry significant weight, it will also take time for a new direction from the US government to take hold on Capitol Hill and throughout the country’s court system.

All of which means that SEP owners probably feel they must once again turn to Europe if they are to get a fair hearing in licensing disputes. The continent’s position as perhaps the leading venue for SEP litigation has been well earned in recent years. Cases such as Huawei v ZTE have encouraged an approach which is widely seen to balance the interests of SEP owners and implementers.

That balance was emphasised once again in November when the European Commission issued its much-anticipated Communication on the Licensing of Standard-Essential Patents, offering crucial guidance on licensing practices on the continent. In the run-up to the communication’s release there was much jockeying between SEP owners and implementers (again led by large, often US-based, tech companies) as each looked to put its case forward. A mid-November meeting intended to finalise the communication’s wording broke down without resolution amid concerns among SEP owners that the commission was moving in favour of a so-called ‘licence for all’ approach, which they bitterly oppose.

The final version was far more balanced and achieved the impressive feat of allaying the fears of many patent owners while also being welcomed by organisations representing the tech sector. “We applaud the Commission for providing transparent and predictable conditions for SEP licensing, and preserving the value of open standards built to protect intellectual property for all, while at the same time respecting everyone’s intellectual property,” commented Morgan Reed, president of Act | The App Association, a group that represents the implementer side of the debate.

Among its recommendations the communication highlighted that there was no one-size-fits-all solution to determining FRAND – what might be considered fair and reasonable could differ between sectors. It also suggested that for products sold on a worldwide basis, global SEP licences may be more efficient and therefore could be considered to be FRAND.

With the advent of the Internet of Things (IoT) sector heralding a huge increase in the number of connected devices, the communication called on standards organisations and patent owners to look at ways of licensing large numbers of implementers (eg, through patent pools or other licensing platforms).

Europe’s status as the venue of choice for SEP licensing disputes was also strengthened in April by a decision from London’s High Court in Unwired Planet v Huawei. In an incredibly detailed ruling, Justice Colin Birss outlined what he considered to be FRAND as he set out a worldwide royalty rate for Unwired Planet’s patents. He also introduced a concept known as the ‘FRAND injunction’, whereby an alleged infringer is the subject of an exclusion order until it agrees to a licence under the terms imposed by a court.

In contrast to TCL v Ericsson, the Unwired Planet decision was welcomed in most parts of the SEP-owning community and was described as the SEP licensing “decision of the decade” by former Chief Judge of the Court of Appeals for the Federal Circuit Paul Michel. However, he cautioned that it was unlikely to have much effect on US courts, which typically do not look to overseas jurisdictions for guidance in patent disputes.

In practice, licensors and licensees now face a situation where there is some overlap on how to determine FRAND terms – both courts, for instance, used a top-down methodology to determine the royalty rate – but where there are still some marked differences which will leave the likes of Ericsson looking to Europe while implementers will continue to turn to US courts to settle SEP licensing disputes.

While this might change if the Trump White House starts to exert more influence on the dominant patent narrative and on SSOs themselves, the ups and downs which have become normal for SEP owners show no sign of abating in 2018.

@IAM_magazine Close to 40% of corporate patent executives responding to an IAM survey said they expect to be facing budget cuts i… https://t.co/Ugp9LoEOkN Read more 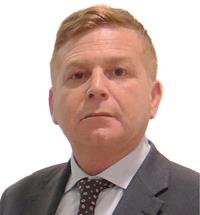