A decision by Germany’s Federal Court of Justice could mean more compulsory licences being granted in Europe’s economic powerhouse than might previously have been thought possible. This would clearly be a very big deal. In the following piece, Johann Pitz – a partner of Vossius & Partner in Munich – looks at the case in question and explains its potential implications.

For the second time in its history the German Federal Patent Court (FPC) granted a compulsory licence. For the first time ever, it did so via a preliminary injunction. The Federal Court of Justice subsequently affirmed the decsion, so potentially opening up the way for more compulsory licences to be granted in Germany.

With judgment of 31st August 2016 in preliminary injunction proceedings, the FPC granted the pharmaceutical company Merck Sharp & Dohme / MSD (US) the right to use the European Patent EP 1 422 218 of Shionogi and allowed sales of the AIDS drug Isentress in Germany (FPC, GRUR 2017, 373 – Isentress).

The pharmaceutical company Shionogi, which competes with Merck in the respective field, had filed an infringement complaint and asserted claims for injunctive relief against Merck. In 2016, the latter filed a request with the FPC for grant of a compulsory licence by way of a preliminary injunction. The FPC affirmed allowability of the request and acknowledged the necessary public interest in the grant of a compulsory licence. This was the first time the FPC had granted permission to use an invention by way of a preliminary injunction. Upon appeal the Federal Court of Justice (FCJ) confirmed the decision and approved the necessary public interest for a compulsory licence with judgment of 11th July 2017 (GRUR 2017, 1017 – Raltegravir).

1) a licence seeker has, within a reasonable period of time, unsuccessfully attempted to obtain permission from the proprietor of the patent to use the invention on reasonable commercial terms and conditions, and

2) the public interest calls for the grant of a compulsory licence.”

The regulation of § 24 GPA can also be directly applied to European patents in accordance with the European Patent Convention, where these patents have been granted for the Federal Republic of Germany and so are subject to German law (Artt. 2 (2) 74 EPC). As far as the German territory is concerned, § 24 GPA will also be applicable for the proposed Unified Patent Court since there are no unified rules for the Unitary Patent on compulsory licences in Europe.

The procedure for the grant of a compulsory licence corresponds to the procedure in a nullity action (cf. § 81 GPA). The competent authority is the Nullity Senate of the FPC (§ 66 GPA) as well as, in the second and final instance, the FCJ (§ 110 GPA).

The existence of a public interest which is required for the grant of a compulsory licence (§ 24 (1) GPA) depends on the circumstances of the individual case.

In this context it is necessary to consider inter alia technical, commercial, ideological and political issues such as

Prior to a court action the person seeking a licence has to endeavour to obtain a licence from the patentee under “reasonable conditions”. Pursuant to § 85 GPA compulsory licences may also be granted by way of preliminary injunctions. In practice, applications for compulsory licences are not applied for frequently. However, in many cases, the mere possibility of adopting compulsory measures provides a strong incentive for an agreement between patentee and potential licensees. This is the so-called "fleet in being" effect of the compulsory licence.

Numerous publications have looked at the public interest and the pros and cons of compulsory licences in respect of patents. Some authors regard the compulsory licence regulation as an important instrument in commercial policy, while others see the danger of an erosion of the patentee's exclusive right which is viewed as a necessary incentive for innovation.

Since the establishment of the FPC in 1961, according to its own 1991 statistics, very few compulsory licence proceedings have been initiated. They have been granted in only two cases.

The first time the FPC granted a compulsory licence was in its judgment of 7th June 1991 (GRUR 1994, 98 – Compulsory Licence) with regard to the public interest in the medical use of the patented active substance human immune interferon. Based on the appeal of the patent holder, the Federal Court of Justice denied the necessary public interest and set the decision aside (FSC , GRUR 1996, 190 – Interferon gamma).

In the recent judgment dated 31st August 31 2016 (GRUR 2017, 373 – Isentress), the FPC granted a compulsory licence for the medical use of the patent protected active ingredient Raltegravir, which is offered and distributed by Merck as antiviral agent for the treatment of HIV infections. In appeal proceedings the FCJ upheld the decision with judgement of 11th July 2017. In opposition appeal proceedings, the EPO Board of Appeal, however, revoked the patent with the consequence that the parallel main action as well as the possibility of further constitutional appeal were obsolete and the judgment of the FCJ became final.

The decision of the Federal Supreme Court provides the following criteria for the granting of a compulsory licence:

In this decision, the FCJ specified the prerequisites for the grant of compulsory licences and clarified that a FRAND offer is not necessary for a successful claim. The FCJ confirmed for the first time the grant of a compulsory licence by the FPC and provided clear principles for the determination of the “public interest”. Licence seekers may now refer to reliable precedents and may consider more often the possibility to seek compulsory licences, even in preliminary injunction proceedings. Since there are no unified rules on compulsory licences for the future EU unitary patent, these guidelines will also have to be respected by the Unitary Patent Court as far as the German territory is concerned. 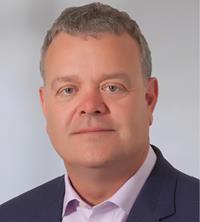