In some ways, not much has changed since the Institute of Electrical and Electronics Engineers Standards Association’s (IEEE SA) new patent policy came into effect in March last year. A group of tech companies – led by Qualcomm, Ericsson and Nokia – are still refusing to license their standard-essential patents (SEPs) under the new rules; while, on the other side, the IEEE and another larger band of tech companies – including Cisco and Intel – insist that the changes were vital in bringing clearer guidelines to licensing on fair, reasonable and non-discriminatory (FRAND) terms.

But over the last 12 months, each side has continued to test the boundaries of the new policy, seeking guidance from the IEEE SA’s Patent Committee or, for the refuseniks, looking for ways to obviate the new regime. Effectively, the situation is at an impasse.

Speak to people on either side of the debate and most would admit that it is too early to say whether innovative activity is being affected; but concerns are being raised.

At an IEEE committee meeting in January, for instance, claims were made that the development of the latest version of WiFi has been delayed by four to six months because of uncertainty over the new policy. What is more, according to recent research, the rate at which letters of assurance (LOAs) are being submitted to the IEEE’s 802.11 working group (802.11 is the standard that covers WiFi) also appears to have fallen.

An LOA outlines the terms under which anyone that submits a patented technology to an IEEE standard is prepared to license the relevant patents. Analysis by Ron Katznelson, president of Bi-Level Technologies and a vocal opponent of the new policy, shows that the number of LOAs has dropped significantly since March 2015.

Of course, some fall over the last year should have been expected. The small band of companies opposed to the policy might be in the minority, but they have long been significant contributors to IEEE standards, particularly in WiFi. But even beyond that, Katznelson’s numbers suggest that a broader group of companies are waiting to see how the current impasse plays out.

Katznelson’s numbers also take into account negative LOAs – those submitted by Nokia and Ericsson that have indicated the companies’ unwillingness to license under the new policy. However, they do not include what he refers to as “duplicate LOAs” – those for which an LOA was previously accepted. Since March, Intel has been particularly active in submitting these – a move which some have interpreted as a sign of the tech giant’s willingness to support the new policy.

Intel, however, insists that this is not a change in its approach. According to Cindy Faatz, a vice president in the company’s law and policy group: “Intel has consistently filed LOAs for IEEE standards to which it contributes and refiled past LOAs to indicate Intel’s willingness to license its SEPs to any implementer under the updated policy, even for previously approved IEEE standards.”

One point that the policy proponents emphasise is that IEEE standards cover a far broader range of technology than simply WiFi. “Nobody at IEEE feels under pressure to review the policy because it is non-controversial in 99% of what they do,” insists Gil Ohana, senior director for antitrust and competition at Cisco. But if comments at committee meetings are to be believed and the fall-off in LOAs is any indication, there is some concern about the longer-term development of what is perhaps the IEEE’s flagship standard.

It is also unclear whether the IEEE will take any action over the blanket LOA which Qualcomm is now covered by following its acquisition last year of CSR. The UK company had signed a blanket LOA in 2009, meaning that any submission it made to an IEEE 802.11 standard would be covered by the terms of the old patent policy. Following the acquisition, Qualcomm put in place a licensing deal which effectively tied its own WiFi SEPs to CSR’s blanket LOA.

That prompted Cisco’s Ohana to lead calls for the Patent Committee to consider carefully the ramifications of Qualcomm’s actions. While some would undoubtedly have liked it to somehow rule against Qualcomm, there appears to be little that the committee can do. This leaves one of the most important contributors to 802.11 free to license its SEPs under the old policy – one that Qualcomm maintains is fairer to patent owners.

Despite benefiting from a blanket LOA, Qualcomm remains among the most active opponents of the new policy. In February, along with Ericsson and Alcatel-Lucent, it officially challenged IEEE’s re-accreditation as a standards body by the American National Standards Institute (ANSI). It was perhaps the starkest indication of the degree to which the two sides remain divided.

The trio of companies argued that the IEEE should not be re-accredited because it failed to follow due process in making changes to the patent policy and because the policy itself does not comply with ANSI requirements. ANSI ruled in favour of the IEEE, although both Qualcomm and Ericsson have confirmed that they will appeal the decision.

If the IEEE’s new policy is the battle, then the much broader war currently being fought is over the terms under which patent owners should be expected to offer their SEPs for license. While IEEE remains the only standard-setting organisation to modify its policy, it has been clear for some time that several governments around the world have been taking action against what they deem to be unfair SEP licensing policies. China, in particular, has been quick to move - most notably in forcing Qualcomm to change the terms under which it licenses some of its SEPs in the country. Korea has also tweaked its IP regulations to make it a much tougher market for licensors.

To Cisco’s Ohana, this means that the IEEE dispute is about much more than a small number, albeit significant. “I have never believed that the furore around the IEEE policy has much to do with the policy itself, but more to do with the concerns that some companies have about contagion,” he says. “Fundamentally, what they’re worried about is if what has happened at the IEEE spreads beyond the IEEE.” 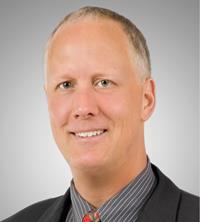